Why I Travel to ‘Dangerous Places’

Whenever I tell people where I’m traveling next, the immediate question is often “why do you travel to dangerous places”? Here’s why.

In the past decade of travels, I’ve visited several places that are considered ‘dangerous’ by many: North Korea, Saudi Arabia, Iraq, Iran, Haiti, Burma (or Myanmar), Afghanistan, amongst many.

Why? Because as a deeply curious traveler, I strongly believe that seeing a place for myself is the best way to mitigate everyone’s fears and bust the myths surrounding it. Traveling is my way of learning on-the-ground knowledge, and visiting these forbidden lands is a channel through which we see a place beyond the headlines. Here’s why I travel to ‘dangerous places’:

Why Travel to Dangerous Places

At the start of 2012, news of North Korea’s nuclear weapons was flashing across TV screens around the world. I had been reading about the country for years, and I was watching the country sink deeper and deeper into isolation from the world. D

PRK (Democratic People’s Republic of Korea) is one of the most isolated nations in the world, having tucked itself into secrecy since its division with South Korea. Only local channels are shown on TV, there is no internet anywhere in the country and few foreign tourists visit the country each year (around 2,500 Western tourists not including the Chinese).

I’d heard that North Koreans were only fed the side of the story that their supreme leaders wanted them to hear; I couldn’t help but question if that’s happening to us too. Is the news media obscuring North Korea’s wider picture — is it all true or are our visions being skewed too?

I knew that visiting a country this controversial would subject myself and my work as a travel writer to scrutiny and that strict tourism laws in the country meant that we would be herded from place to place and shown only certain sights of the country. At the same time, I couldn’t miss up this excellent opportunity to step away from everything that’s been fed to us by the news media and make my own judgment for once.

Traveling to North Korea left me awed and overwhelmed. Regardless of the nation’s political standpoint, I found a country with an extreme camaraderie and pride, and people who were just as curious about me as I was of them. On the subway, I even interacted with people, showing them my photos and using sign language to talk to them. To See A Country Beyond Headlines

In 2013, I went to Iran with no idea what to expect and it surprised me on so many levels. The urban sprawl was ridiculous, the sense of normality was slightly disappointing — but most of all, the warmth and hospitality of its people was unforgettable.

“Welcome!” was the word I heard most in Iran, I lost count of the number of times when Iranians warmly invited me into their country. Perhaps because of the hospitable nature of the Iranians or the fact that the country doesn’t see many foreigners, they are undoubtedly the friendliest people I’ve ever met on my travels. Locals came up to me ever so often, wanting to know where I’m from, what I was doing in Iran, and how I liked their country.

The people of Iran moved me with their genuine generosity and kindness — and it’s people like that who made my trip to Iran truly memorable.Traveling Iran as a solo female traveler can be an eye-opening experience, considering how misunderstood this Islamic Republic is. It is a rewarding place to visit especially for curious travelers who want to learn the basis of the country, who its people are, and what their culture stand for — beyond political issues and news headlines. Reality vs What We See on TV

You have to understand that we see in the news doesn’t always reflect what is really happening on the ground.On my recent trip to Iraqi Kurdistan, I was surprised by how normal life was there and how safe I felt in Kurdistan.

Having been spared the war of 2003, Iraqi Kurdistan is a very different place from southern Iraq. Also known as “the other Iraq”, the semi-autonomous region is relatively safe, because of its strong military Peshmarga forces who have successfully defended the country from ISIS.

I was blown away by how different Iraqi Kurdistan was to how many of us imagined. It wasn’t what one would describe as “war torn” at all — instead, the cities were bustling and vibrant, and the natural sights were spectacular.

In all honesty, this trip to Iraqi Kurdistan was truly transformational. I didn’t know what to expect in Iraqi Kurdistan. I knew that it would be a learning experience, but I had no idea it would stir up so much emotions in me and change some of my perspectives in life. 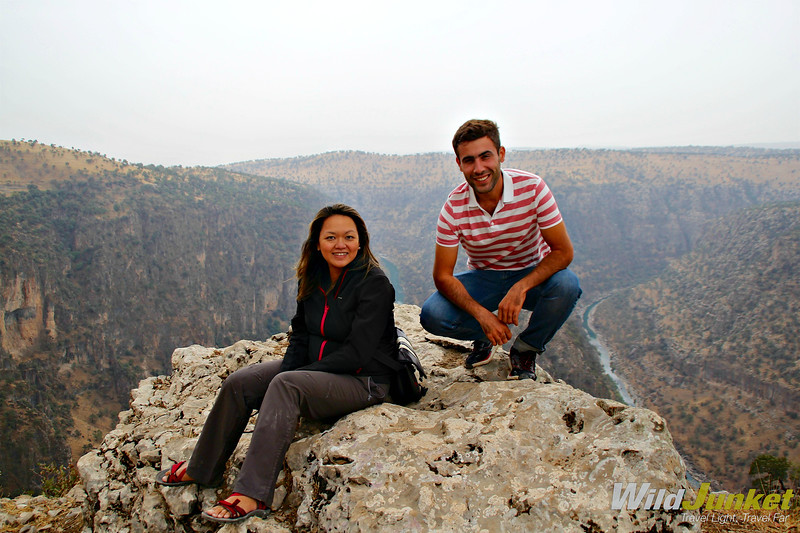 Part of the appeal of traveling to these off-the-radar places is just how authentic they are, having been closed off to the outside world. My recent trip to Saudi Arabia was such an eye-opening experience — it truly surprised me and gave me a rare glimpse into a world that few foreigners have seen, one that momentarily felt entirely untainted by outside influence.

As with the case for many countries I’ve been, Saudi Arabia turned out to be quite different from how it is often portrayed on the news media.

For one, I was overwhelmed by how vibrant the capital city of Riyadh was. Tall skyscrapers, sparkly new malls and neon-signed restaurants line Olaya Street, the main artery of the city. I spotted international brands everywhere — from Victoria’s Secret to Zara, McDonalds to Starbucks.

Every women in Saudi Arabia wore an abaya (black robe that every lady wears in Saudi Arabia), but I also noticed many had on Kim Kardashian-style makeup, immaculately polished nails, branded handbags and the trendiest sunglasses.

Considering that tourism is very new to them, I was expecting quite a bit of curious stares from locals. But boy was I wrong! Saudi Arabians are used to seeing foreigners as over 30% of the population are foreign workers and expats. Saudis are also a global and well-traveled bunch, many of them having studied and lived abroad.

READ NOW
What It&#039;s Like to Travel Saudi Arabia 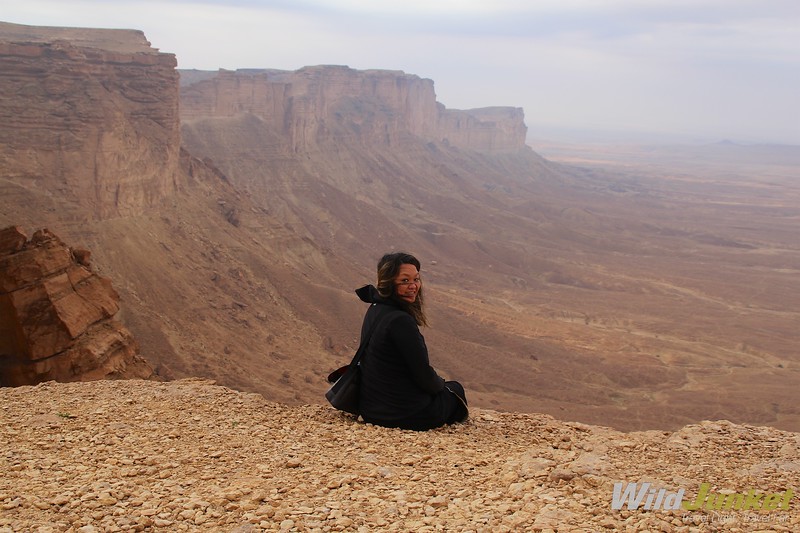 My experience in many places perceived as unsafe – from Iran to Burma – tells us that the story on the ground is often very different than what appears in media. And no matter what happens between governments, politicians and “leaders”, at the end of each day, people are people — they are generally good and life goes on for them in many fundamental ways just like it does for you and me.

READ NOW
Travel Haiti: Things to Do in Cap Haïtien

Many of these regions need tourism badly to fight off poverty and resolve conflicts. Egypt for instance needs tourists now more than ever to revive the tourism industry that suffered severely due to the revolution; South Sudan is another good example of a brand new country whose fragile economy can benefit substantially from visitors. Most of all, tourism can be a powerful tool to fight off discrimination and advocate equality. If done correctly, it can help to educate the parties involved and the outside world, and bring peace. 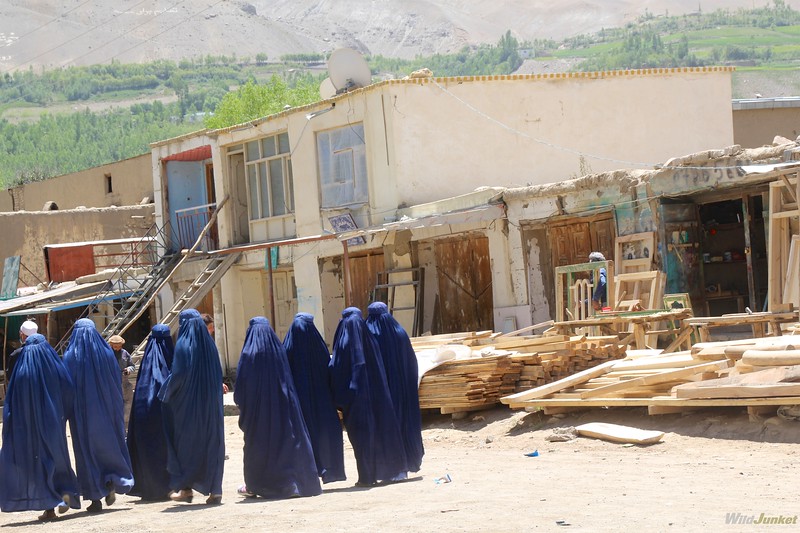 Advise for Travel to Dangerous Places:

Traveling to ‘danger zones’ clearly has both its rewards and risks. For visitors, there are the obvious perils involved, such as terrorist attacks, kidnapping and other crimes; but with some safety precaution and advanced planning, you might be returning home with a gratifying travel experience.

If you’re planning to travel to ‘dangerous places’, there are a few things to keep in mind:

This is a chapter from my new book, The Adventure Traveler’s Handbook. To find out more about the book, read here or buy a copy from Amazon.