Traveling South Kyrgyzstan — What to See and Do 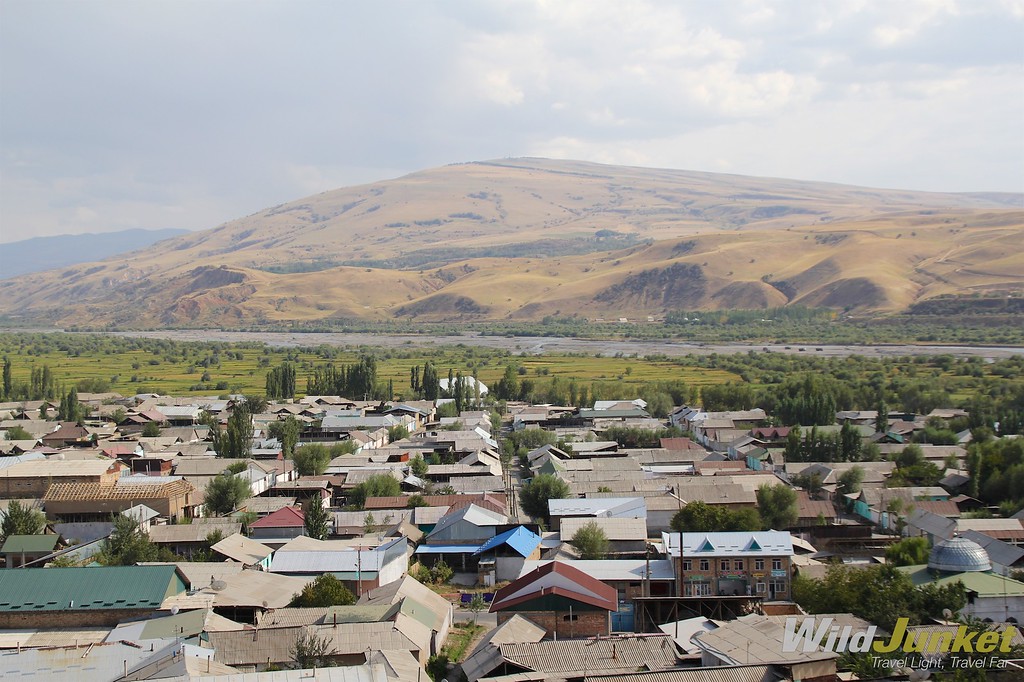 Kyrgyzstan is known for its dramatic mountainous landscapes and rolling summer pastures (jailoos). It has been dubbed the Switzerland of Central Asia for good reasons. But most of these alpine landscapes are found in North Kyrgyzstan, and as a result, the southern part of the country is often overlooked by travelers.

On my recent trip to Kyrgyzstan, I wanted to experience a different side to Kyrgyzstan‚ one that not many travelers see. So I hightailed it to the south of the country, exploring the towns, markets and historical sites and immersing deeply in a culture that was uniquely its own.

In many ways, South Kyrgyzstan feels like a different country from the northern regions. Hotter in terms of climate, the area is much more arid than the other parts of the country. As a largely agricultural region, it is also the nation’s bread basket and culinary centre.

READ MORE: Best Things to Do in Issyk Kul, Kyrgyzstan

As the region is close to the border with neighboring Uzbekistan, it has more in common with the conservative, Islamic Fergana Valley in Uzbekistan than with the Kyrgyz Russified capital, Bishkek. In recent years, there have been clashes between ethnic Uzbeks and Kyrgyz in this region (the 2010 riots killed nearly 420 people), but peace has since been restored.

During my visit, I found the region to be safe and stable, and the people extremely welcoming and hospitable. In fact, South Kyrgyzstan had far more of a classic Central Asian feel than in the north and I had a deeper immersive experience here than elsewhere in the country.

Here are the best things to do when traveling South Kyrgyzstan:

Explore Osh: the Capital of the South

I started my journey in Osh, the oldest city in Kyrgyzstan with over 3,000 years of history. Home to over 250,000 people, the city is also the second biggest in the country and acts as the administrative centre of the south. While there’s little of architectural merit to show for 3000 years of history, Osh’s sprawling bazaar provide an atmosphere that is vibrant and lively. What was once a major market along the Silk Road continues to the trading hub of the region.

The city has several monuments, including a statue of the south Kyrgyz “queen” Kurmanjan Datka and a figure of Lenin. You‚Äôll also find a Russian Orthodox church, which reopened after the demise of the Soviet Union, and Kyrgyzstan‚Äôs largest mosque in the country here.

For most travelers, Osh is predominantly a launch pad for onward travel to Uzbekistan or Tajikistan’s Pamir Highway, but I do recommend a short stay here for a deeper understanding of South Kyrgyzstan.

Where to Stay: Classic Hotel is the best place to stay in town, at just a 1-minute walk from the City Hall of Osh. I stayed there just for one night but really enjoyed my stay. It’s also pretty affordable, at just $70 a night. Check the latest rates. 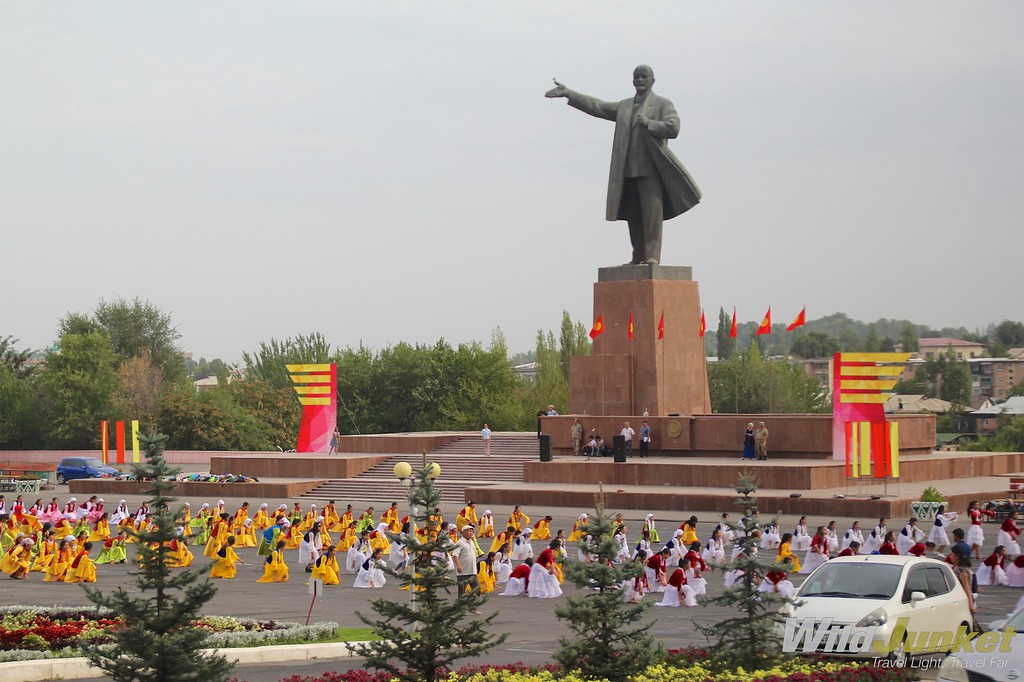 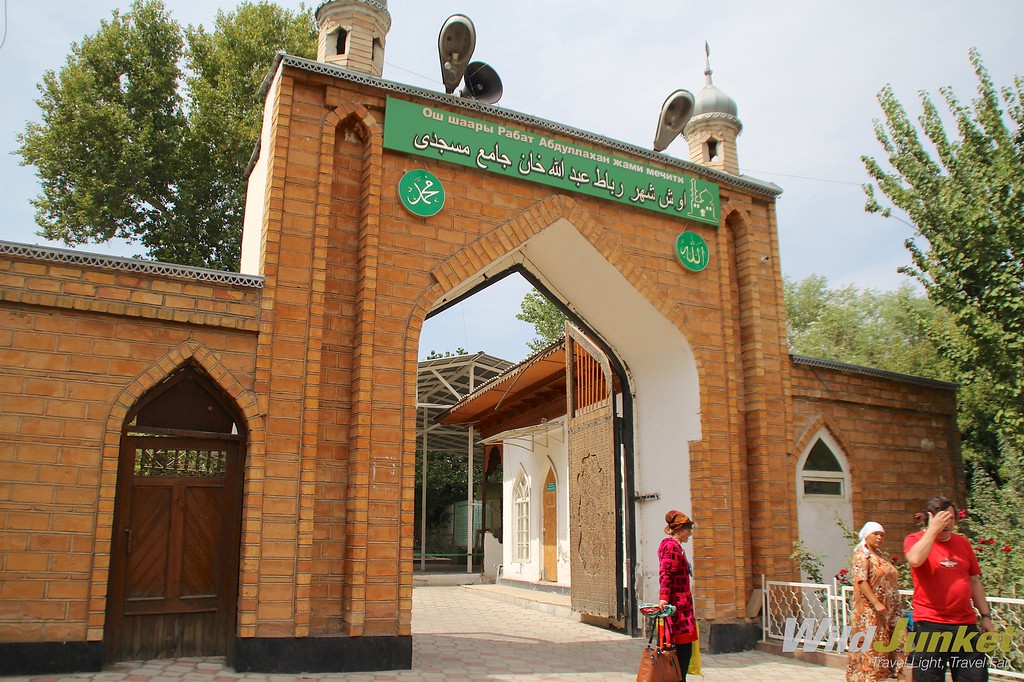 If you want to see some of the mountains of Kyrgyzstan but don’t want to trek too high, the Sulaiman-Too Sacred Mountain that looms over Osh is perfect for a short hike. The five-peaked rocky crag isn’t really considered a mountain considering its highest point is at 1,090m above sea level; but it has been a Muslim place of pilgrimage for centuries, and is well worth a visit.

As the only World Heritage Site in Kyrgyzstan, the Sulaiman-Too Mountain marked the midpoint on the ancient Silk Road and acted as a beacon for travellers. Today, its slopes contain numerous ancient places of worship and caves with petroglyphs as well as two largely reconstructed 16th century mosques. They are dispersed around the mountain peaks and connected by footpaths. The site is believed to represent the most complete example of a sacred mountain anywhere in Central Asia, worshipped over several millennia.

An interesting place to visit on the Sulaiman-Too Mountain is the National Historical and Archaeological Museum Complex, which has been carved into the mountain. It contains a collection of archaeological, geological and historical finds from the area, as well as information about local flora and fauna. 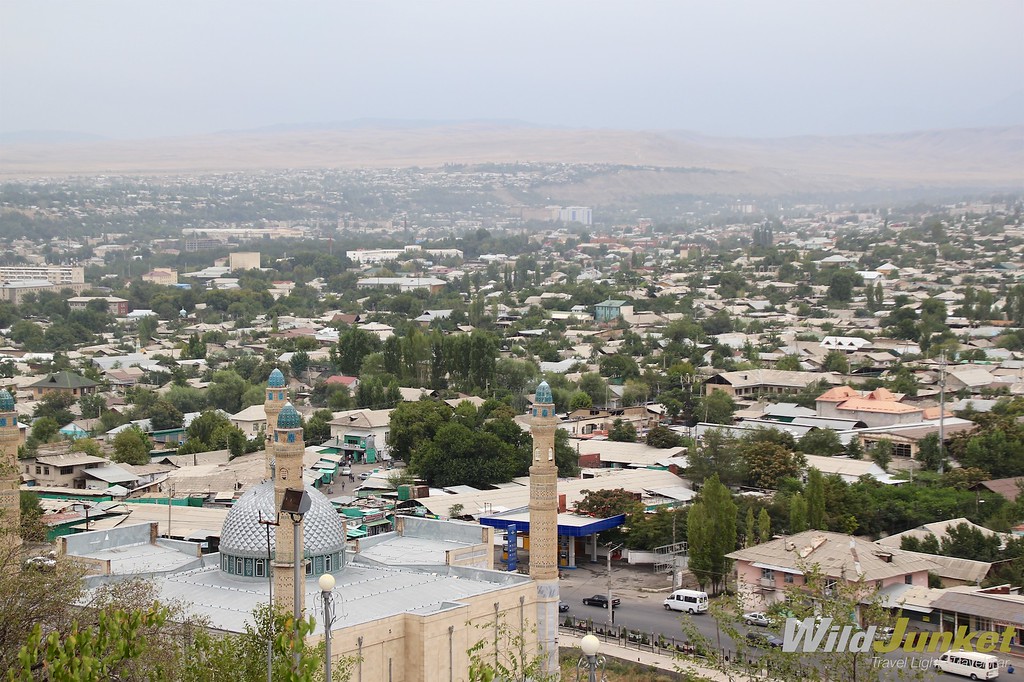 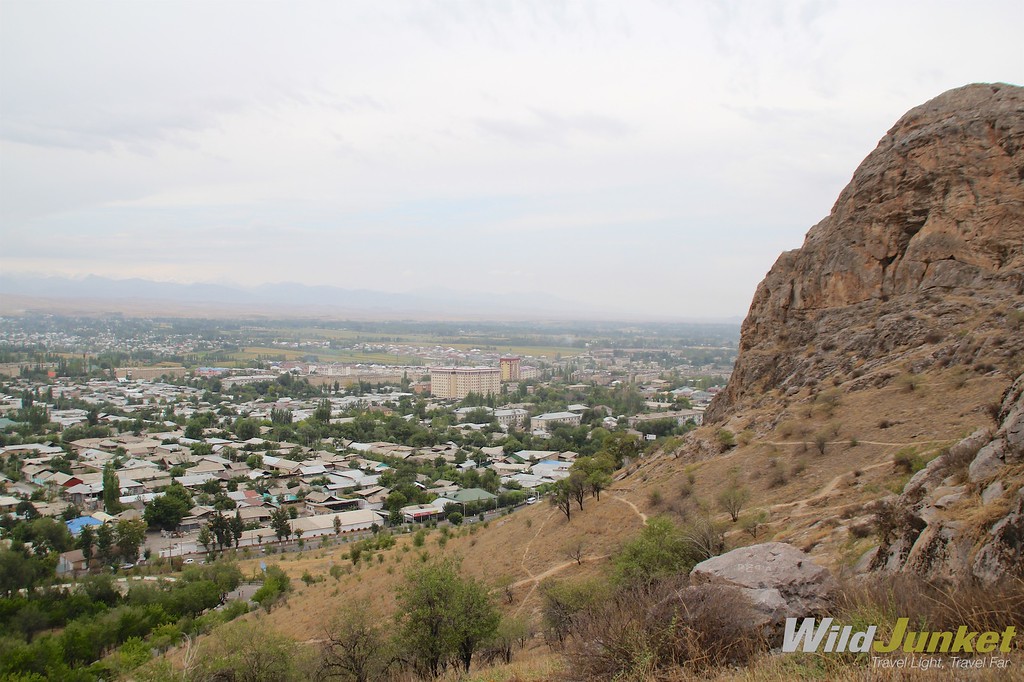 Osh is said to be the culinary capital of Kyrgyzstan and people from all over Kyrgyzstan come here just to eat. Typical Kyrgyz staples like samsa (baked dumplings) and plov (akin to pilau rice) are a delicacy here. If you ask any Kyrgyz where to find the best samsa or plov in the country, they would most probably point you to Osh.

At the humble but popular Bismillah Samsa Kana (teahouse), we had the most amazing samsa, freshly baked from the tandoor oven, enveloped with savoury, fatty lamb meat and dripping with steamy juice. For the best plov, I recommend Azim Ata Teahouse, where you‚Äôll be served plates piled high with naan bread, locally grown fruit and dried nuts, and of course, massive mounts of plov rice mixed with large chunks of lamb meat and vegetables.

Trust me, you won’t go hungry in Osh.

READ MORE: A Guide to the World Nomad Games 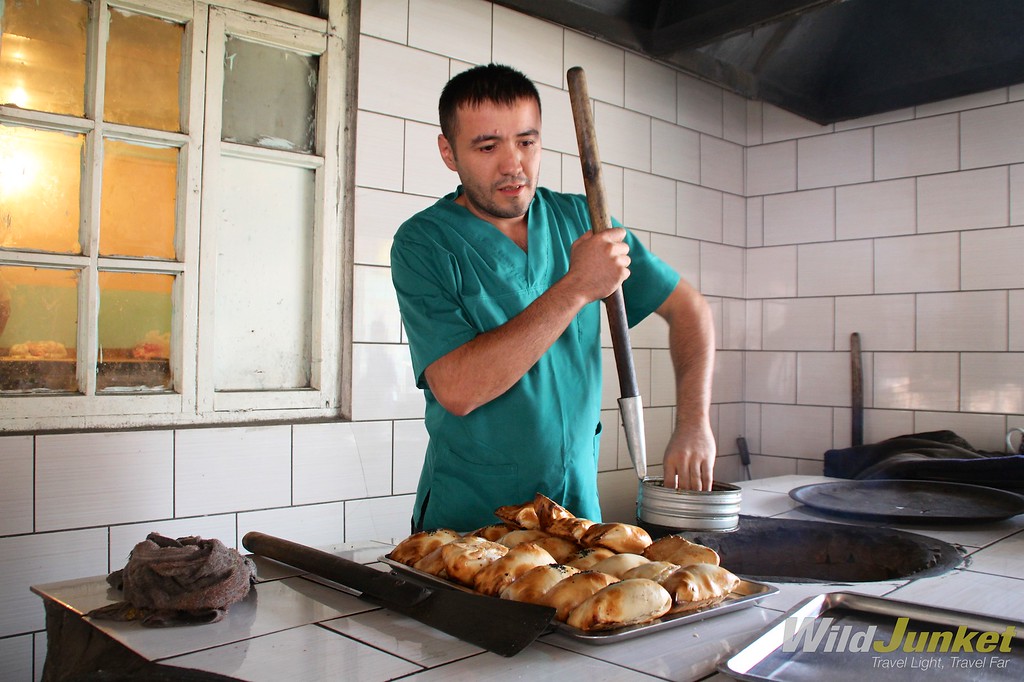 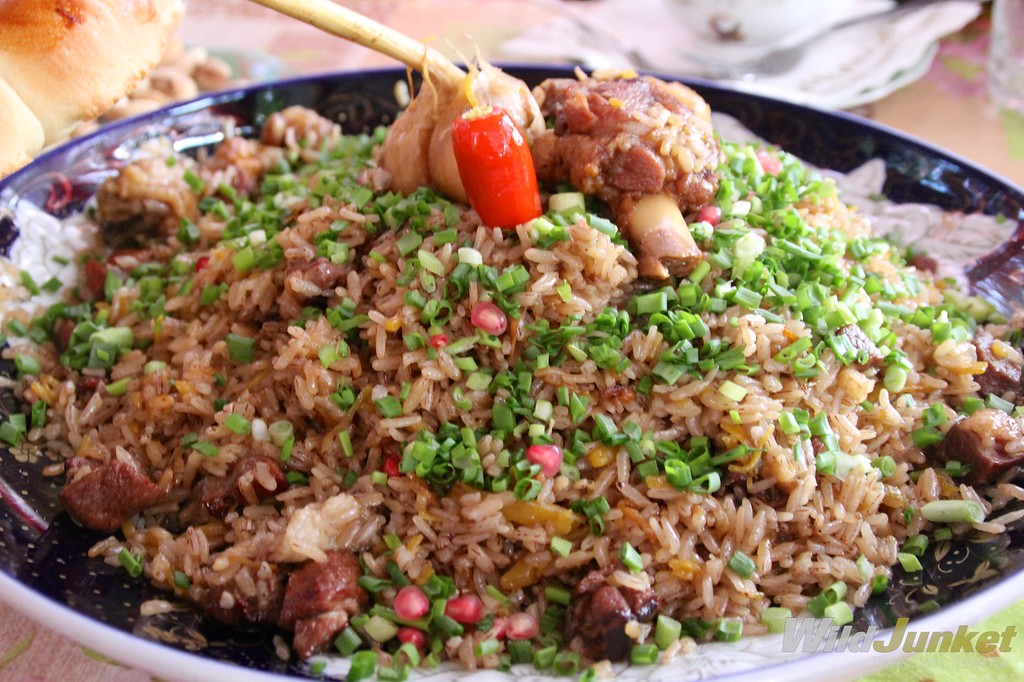 Located at the far eastern end of the scenic Fergana Valley, Uzgen is a historical town just 30 miles (48km) from Osh and a perfect spot to dive deep into the history of the region.

As one of the oldest cities in Kyrgyzstan, the town first sprang up as a trading post in the 2nd century BC on one of the Silk Road routes that connected the Fergana Valley with Kashgar in China. It was one of the capitals of the Karakhanids, whose empire ruled Central Asia from the 4th to 8th centuries.

One of the Karakhanids architectural complexes from the 7th century still stands today in Uzgen. The complex includes three mausoleums, a 44 m-high minaret, a mosque and madrasa (Islamic school). Uzgen is also notable for ruins of an ancient fortress, shrines and graves of saints and other landmarks. All the historical sites have been restored with the support of various international organizations. 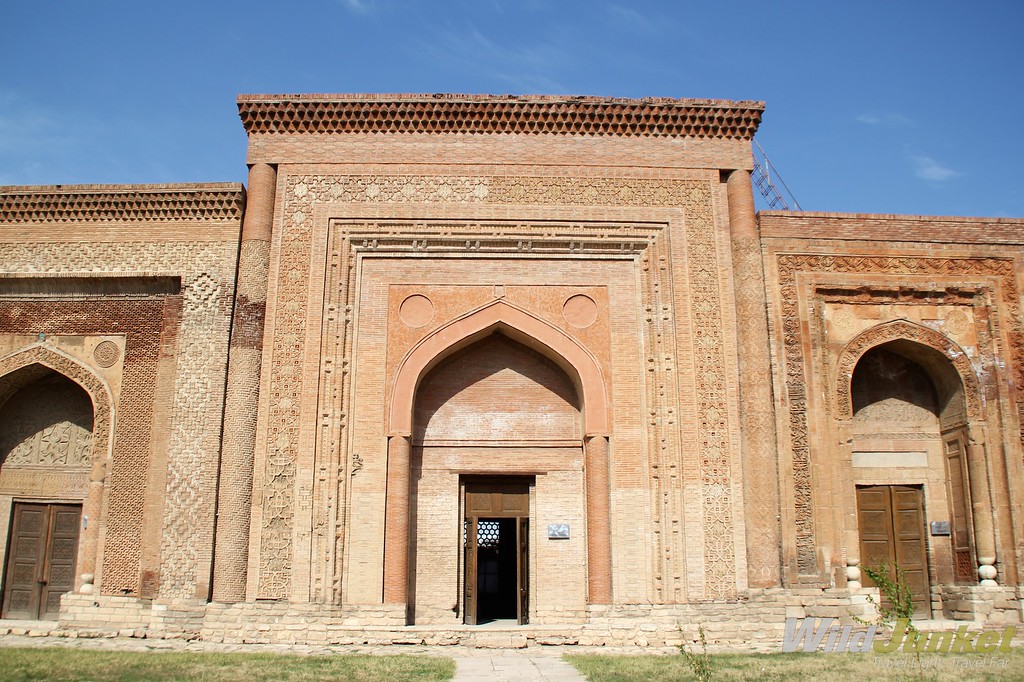 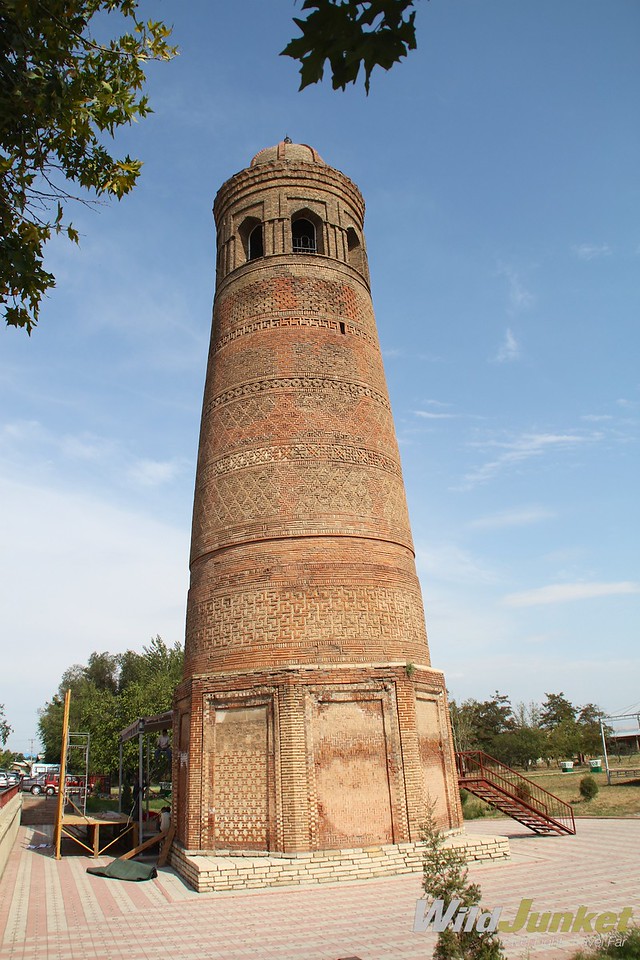 Jalal-Abad is the third largest city in Kyrgyzstan, with a population of about 89,000. It’s located in the foothills of the Babash Ata mountains, very close to Uzbekistan border. One of Kyrgyzstan’s main branches of the Silk Road passed through Jalal-Abat and it has played host to travelers for thousands of years. Sadly, there isn’t a lot of attractions to see here these days, but one interesting thing that I recommend doing is wine tasting.

I know what you’re thinking: why would anyone produce wine in a country where the majority of the population is Muslim? For one, it’s important to know that a large percent of the Kyrgyz population is secular (non-religious). Muslims in Kyrgyz aren’t extremely religious and many of them actually consume alcoholic drinks, especially home-brewed kumis (fermented mare milk).

Almanbet winery is the first winery in south Kyrgyzstan and is owned by an ethnic Kyrgyz lady and her family. The winery was actually named after her son, who is actually helping her out with the family-own business these days. Everything in the winery is local ‚Äî from the grapes (all grown and harvested in the region) to the recycled bottles and chemicals. I personally liked the sweetness of their red wine, and found the flavour to be rather unique and distinctive.

Where to Stay: Hotel Tien-Shan is a great option in Jalal-Abad, it’s very comfortable and also well priced, at around $60 a night. It’s also located near the Jalal-Abad Airport, great for those transiting or just staying for a day. Book here. 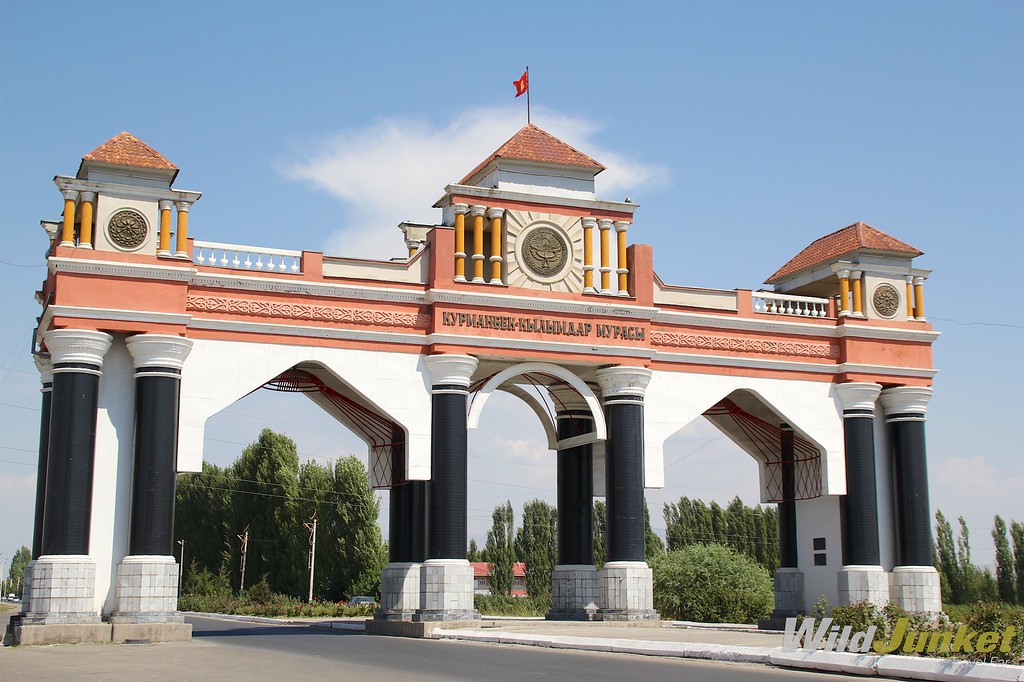 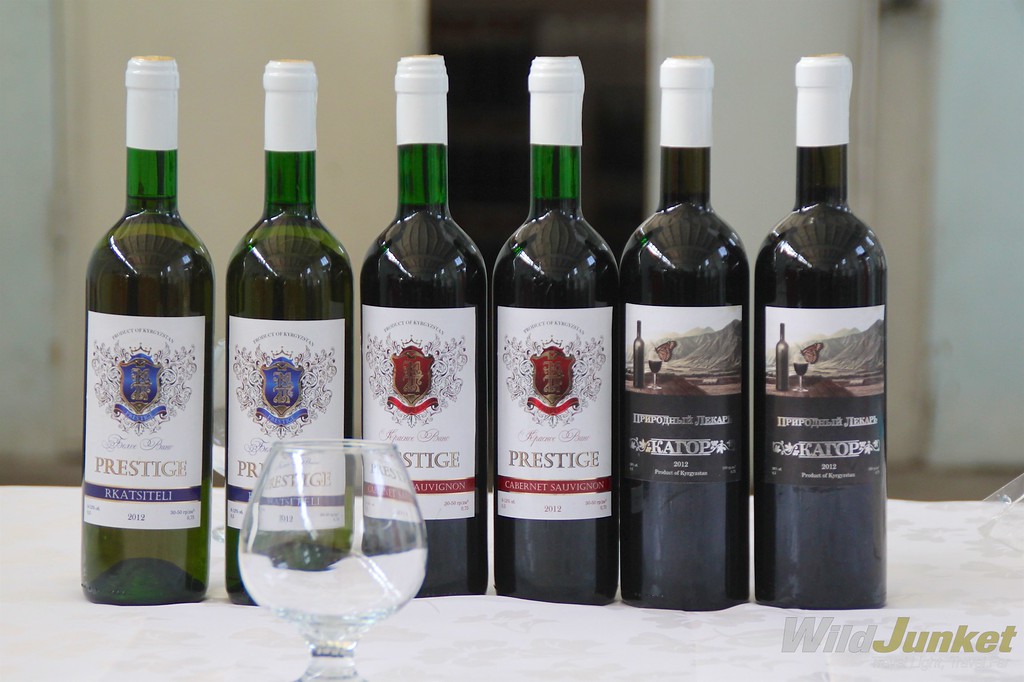 Go on a Jeep Safari to Arslanbob Walnut Forest

Located in the Jalal-Abad region, Arslanbob is lauded as the most scenic mountain village in the country. With plenty of hiking trails and mountain summits right on its doorstep, Arslanbob is an excellent outdoor destination for adventure seekers.

This is also where you‚Äôll find the biggest walnut forest in the world, which sprawls across an area of around 60,000 hectares. Kyrgyzstan’s first known export to Europe was the walnut, and it came from right here.

The walnut forest is an easy walk from the village centre; but you can also hire a jeep and driver from town (or from the CBT office) to bring you up to the higher points of the forest and have a barbecue picnic with shashlik (meat skewers) and aran (goat milk yogurt). The view of the valley from the forest is just spectacular. 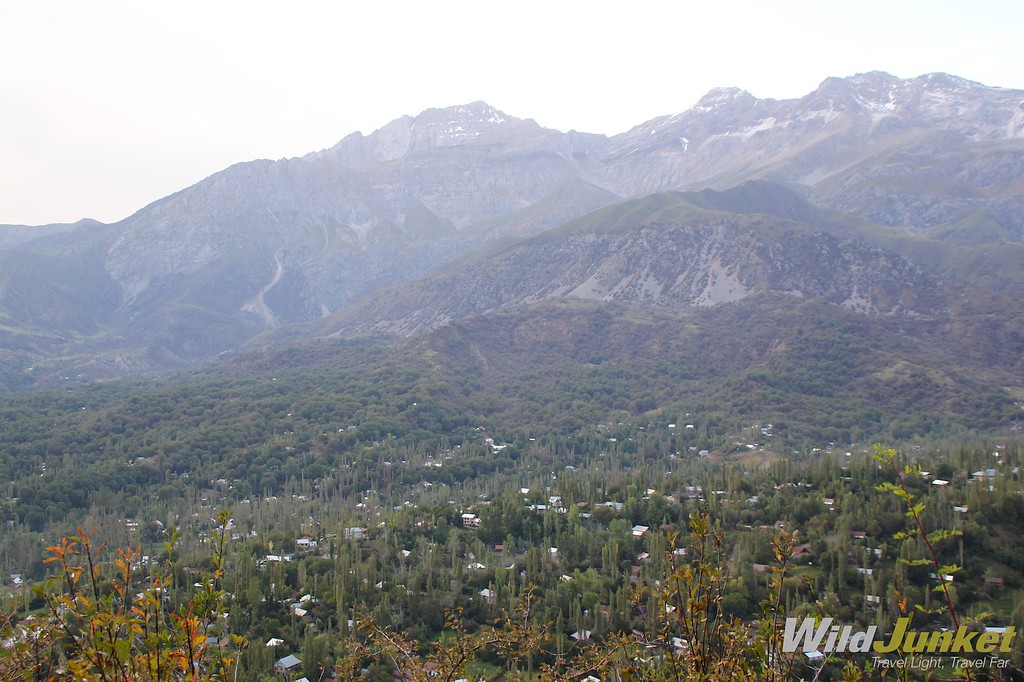 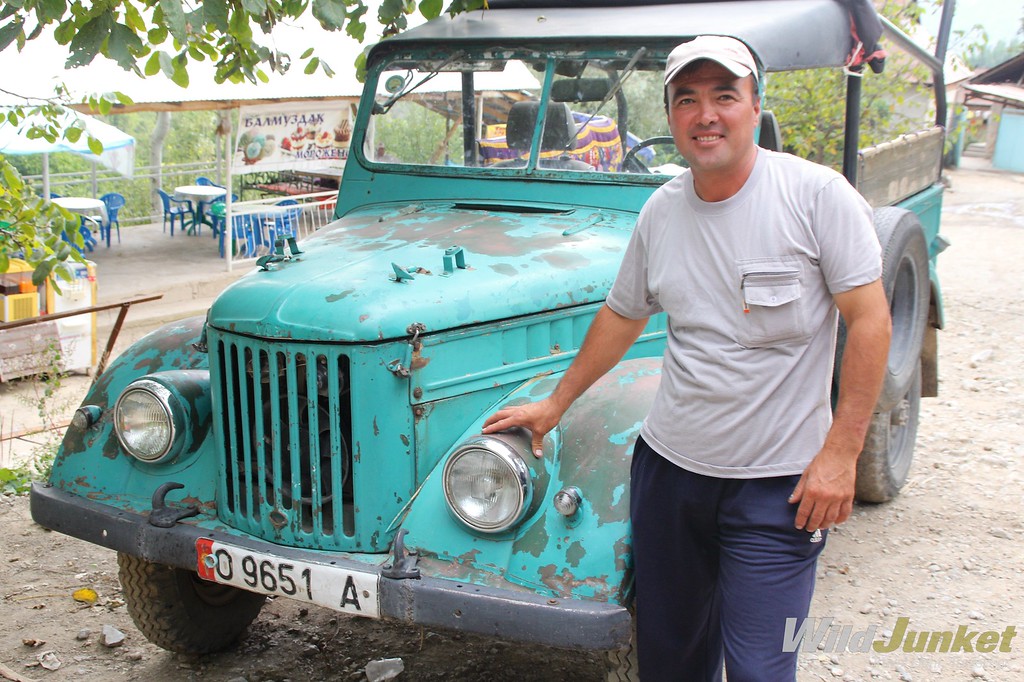 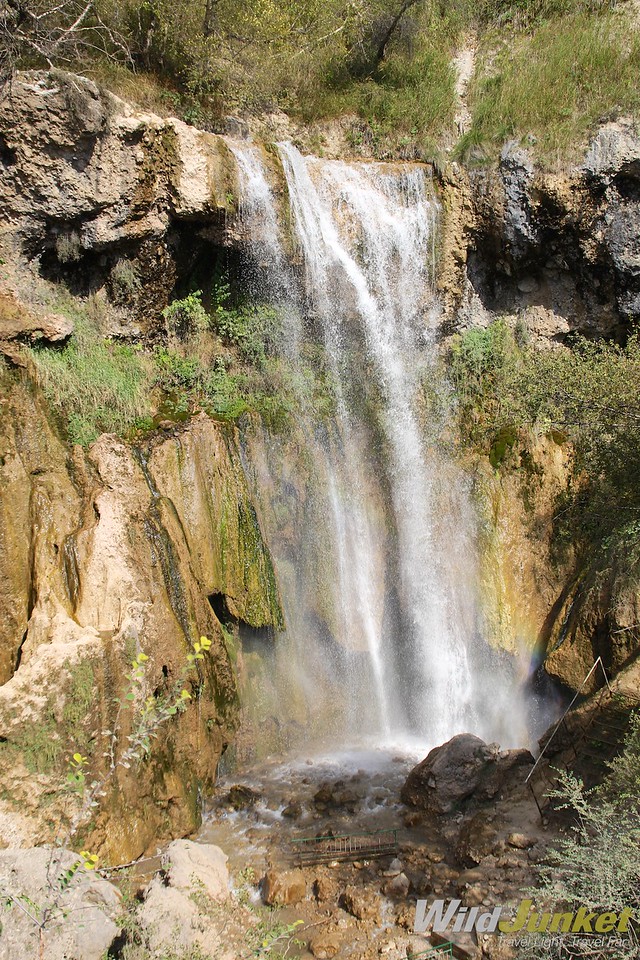 Disclaimer: My trip was organized in cooperation with Discover Kyrgyzstan. It was made possible by the support of the American people through the United States Agency for International Development (USAID). The contents are the sole responsibility of the author and do not necessarily reflect the views of USAID or the United States Government. All opinions expressed above are my own.