10 Countries that Contribute the Most to the World 2022

Instead, GCI ranks countries based on how much they do for others on the planet. Using a wide range of data from the U.N. and 35 other international organisations, each nation is judged on how much it contributes to the common good of humanity, and what it takes away.

Each of the 153 nations under scrutiny is ranked in seven categories including culture, international peace and security, world order, planet and climate, prosperity and equality, health and well being, and science and technology. Here’s a look at the latest ranking of countries that contribute the most to the world.

10 Countries that Contribute the Most to the World

Number one on this list of countries that contribute to the world is Finland, which ranks in the top for several areas including prosperity and equality, and planet and climate.

This northern country offers a winter wonderland punctuated by a short but intensely celebrated summer. A true adventurer’s wonderland, Finland offers something to do year round, including hiking, kayaking, and biking. Deep and densely forested acres are prime for wildlife watching, with bear and elk being just a few of the possible sightings. You can even journey into the wilderness in a real sleigh pulled by reindeer!

For visitors seeking more creature comforts, Helsinki is an intensely modern city filled with the latest design. The city is full of stylish (and delicious) restaurants, hipster bars, and outstanding architecture. If you’re visiting in winter, don’t miss the many fun things to do in Lapland.

Based on the Good Country ranking, Netherlands is the second best country in the world. The Netherlands is a special place to us, as we live here. Moving to Amsterdam was one of the best things we’ve done and we’re definitely enjoying the lifestyle here.

Bicycles are a huge part of local life, and we love exploring charming villages like Delft and Amersfoort by bike. The Netherlands is also famous for its tulip fields — many people visit the country in spring in order to visit the world-renown Keukenhorf Gardens. For a taste of Dutch tradition, visiting the iconic windmills of Zaanse Schaans and Kinderdijk will let you experience the Netherlands of yesteryears.

READ NOW
Best Day Trips from Amsterdam According to An Expat 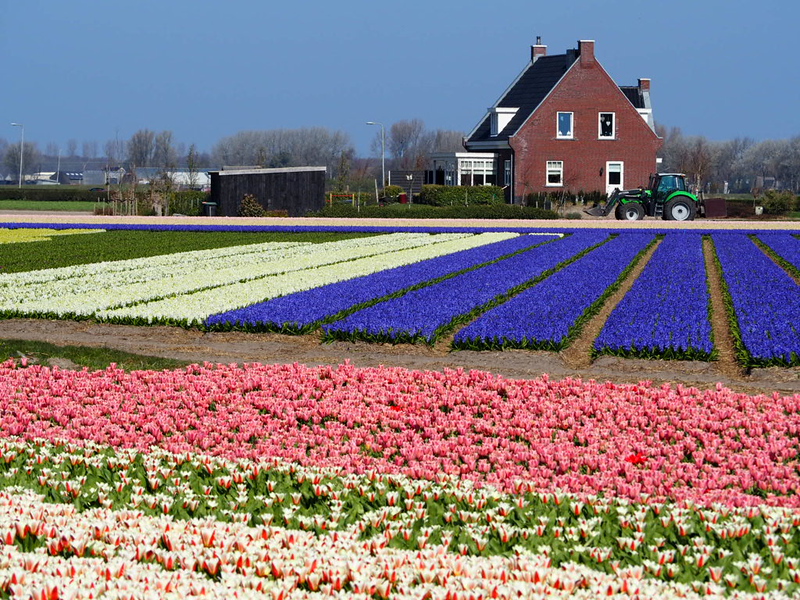 Ireland ranks very high for prosperity and equality, as well as international peace and security. Looks like its people are definitely well taken care of!

Ireland has plenty to offer visitors as well as the world. The historical significance of the country is a major draw for history buffs, offering everything from prehistoric monuments and monastic ruins to a more modern-day Titanic museum.

For those more interested in nature, Ireland really is as pretty as a postcard in person. The brooding beauty of Skellig Michael, Connemara, and of course the Irish countryside are particularly picturesque. Don’t miss the iconic Cliffs of Moher and the pristine Killarney National park.

This Scandinavian country ranks extremely high in planet and climate, prosperity and equality as well as world order.

Sweden is known around the world for its design flair (hello IKEA). Public spaces and private homes are decorative and tidy at the same time, with clean lines, practicality, and smart design in the forefront.   Even more striking than the manmade beauty is the stunning natural landscape.

The Swedish Lapland is one of my favorite parts of Europe, home to pristine frozen landscapes and the Northern Lights. If winter wonderland isn’t your thing, go wild camping on the Bohuslan Islands near Gothenburg, or hike the King’s Trail (Kungsleden), Sweden’s longest and most well-known hiking trail.

Remaining at number 5, Germany ranks very high for world order and health and wellbeing. Rightfully so as Germany is often very involved in politics around the world.

The country has plenty of rich history, which is evident from its beautiful cities like Munich and Berlin. Each of its states has a different personality, which makes traveling Germany a particularly interesting one. What I love most about Germany is its wonderful beer and food culture. Nothing beats drinking a stein of beer along with a bratwurst and sauerkraut!

Many of Germany’s major cities are particularly lively in festive season – drawing in visitors with their Christmas markets, beer festivals and summer events. The best Christmas Markets in Germany draw in around 3 million visitors each year (in one city alone!). Munich’s Oktoberfest itself accounts for a big percentage of the annual visitors, while Berlin and Frankfurt attract mainly European city lovers. Here’s a look at the best places to visit in Germany.

READ NOW
Traditional German Food: What to Eat in Germany

Denmark’s landscape is perhaps less jaw-dropping than its Scandinavian neighbors, but that is not where the country shines most. Denmark is most notable not for its natural wonders but for its cultural creations.

The country is home to amazing architecture (both modern and classical), and even more noteworthy, is a true example in the world of a society of inclusivity and equality.   In fact, Denmark seems like an actual utopia.

With free universities, biking transportation, a year maternity leave, and so much more, it’s hard to imagine a more perfect place. Denmark has also nailed the idea of “cosy”, with comfortable furnishings, and some amazing pastries (like the namesake “danish”). It’s difficult to leave this welcoming, comfy, pastry-filled wonderland.

Having dropped from its #2 position in the last ranking, Switzerland still ranks well in prosperity and equality, topping the charts with its contributions towards planet and climate.

With so much to offer beyond top banks and chocolate, Switzerland is a prime spot for those who love winter sports. The country is hallowed by the ski and snowboard obsessed, and the mountains surely don’t disappoint, with Central Switzerland and Bernese Overland being two favorites.

Ride the Glacier Express to experience Switzerland’s world-known landscapes, see the Matterhorn in all its glory, go skiing in the ridiculously charming Zermatt village. Taking the train to Jungfraujoch, the Top of Europe, is a must for any Switzerland itinerary. Switzerland will not disappoint!

It’s no surprise that this wealthy Arctic nation ranks high on this do-good list. Norway is undoubtedly one of the most expensive countries to visit on the planet. So, is it worth it?

Hell yeah! We have been to Norway 3 times now, and the majestic fjords, grand glaciers, and serene mountains never cease to amaze us. Arctic animals like polar bears and reindeer roam wildly in Northern Norway’s Arctic region.

Adventurers can go wildlife watching in Svalbard, do the Norway in a Nutshell journey and venture into the Geiranger fjord, or hop over to the picturesque Lofoten Islands. To escape the wild side and seek some sophistication, Norway’s capital city Oslo provides a warm contrast to the bone chilling cold of the wilderness.

READ NOW
Norway in A Nutshell: My Itinerary &amp;amp; Guide

It’s no surprise that France has climbed up into the top 10 countries that contribute to the world. France ranks high in the culture category, offering the world its historical riches and cultural treasures.

With Paris being the most famous city in the world and the southern France coasts a hotspot for tourists from Europe every summer. There’s plenty here for the culture vultures: from the famous Eiffel Tower in Paris to the castles of Loire Valley and wineries in Bordeaux. My favorite part of France is the Alsace region of France, with its villages of brightly-painted steep-roofed half-timbered houses. 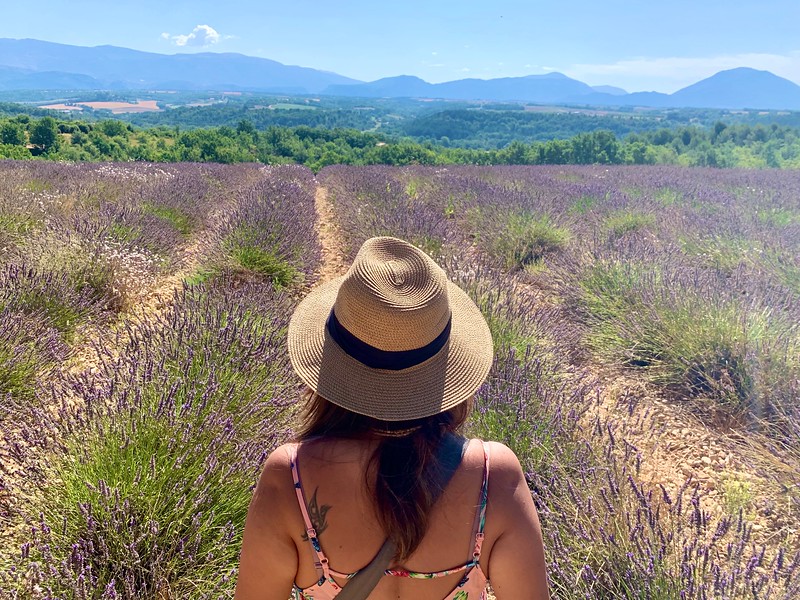 Also making the first appearance in this top 10 ranking is Spain, my second home! Surprisingly it ranks #22 in Culture (how can that be?!) but makes up for it in prosperity and equality.

There are hundreds of reasons why we lived in Spain for over 7 years. It is a country with so much culture, traditions and history.  Spanish people are the nicest, warmest people I’ve met (hey I married one!). And Spanish food is definitely some of the best in the world.

Every summer, Costa del Sol and many of the Balearic islands are flooded with tourists. But the country is a lot more than just pretty beaches: there are lots of historical sites to see in the capital city of Madrid, vibrant gastronomy to be experienced in Barcelona, and unique flamenco culture in the deep south of Andalusia (especially Granada where we lived). Countries that Contribute the Least to the World

Which countries contribute the least to the world? According to the Good Country Index, the countries that rank the lowest in their list are Libya, Iraq, Mauritania and Yemen. Sadly these are all countries that are ravaged by war and struggling to gain peace.

Suriname, Gabon, Angola, and Papua New Guinea are also at the bottom of the list. They need more help from us than other countries in the world.

Were you surprised to find any of the countries in the top 10 (or bottom 10) list? Let us know in the comments field below!