10 Artistic Cities Around the World 2022

Marble sculptures, Renaissance paintings, urban street art. The world’s most artistic cities know no boundaries when it comes to teasing your creative senses. Whether you’re into classical European art or modern avant garde pieces, these cities definitely know how to draw in art lovers from around the world. For those seeking an aesthetically pleasing and museum-filled getaway, this list  of artistic cities around the world is for you.

The Vatican Museum alone earns Rome its place on any artistic list. With galleries measuring over nine miles, the sacred destination lures the masses for reasons beyond the religious. Among the vast collection of Renaissance art, visitors will inevitably be drawn to one of the world’s most famous masterpieces: Michelangelo’s frescoes in the Sistine Chapel.

Beyond the Vatican, Rome oozes art, not just in the basilica- and piazza-filled streets, but in a host of other museums such as the Galleria Borghese and the National Etruscan Museum. Read this list of things to do in Rome for more tips and get your Rome museum tickets here. 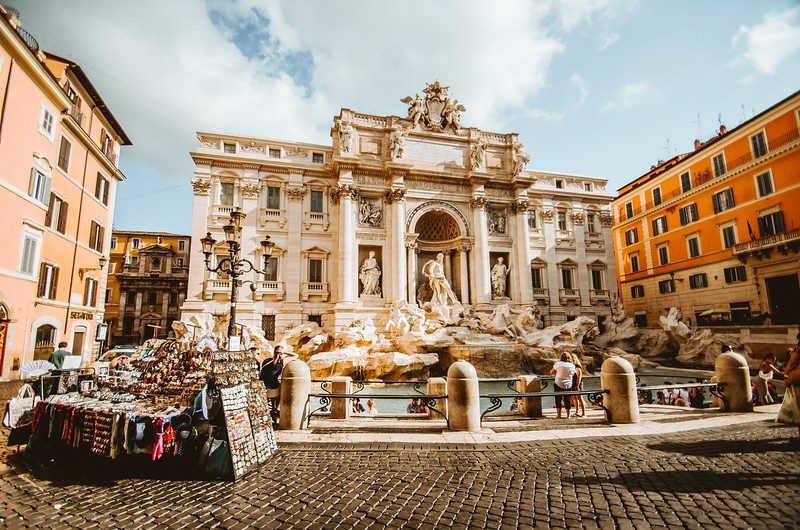 What artistic tour would be complete without a stop at the world’s largest and arguably most famous museum? The Louvre indeed packs enough masterpieces — over 35,000 to be exact — to keep you busy for days (in fact, some say it would take nine months just to view each and every piece).

If you’re looking for something a bit more digestible, don’t forget to check out other worthwhile stops such as the Musee d’Orsay, whose treasure trove includes impressionist and post-impressionist works by greats like Monet, Van Gogh and Cézanne. And if you do plan on heading to the French capital, rent one of Paris’ finest short stay rentals to guarantee a stay of genuine quality. 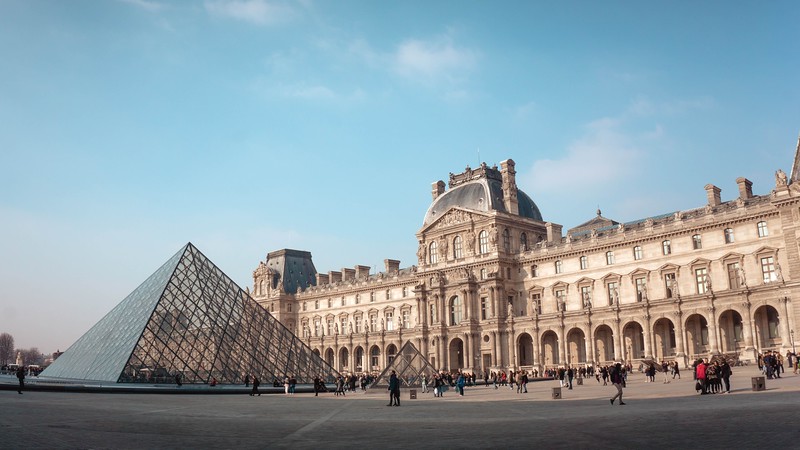 Post-Berlin wall, the city has become an indisputable destination for art in Europe. Not only is it home to hundreds upon hundreds of galleries and loads of statement-making street art, but it also offers up museums in spades. In fact, it even has its own district especially dedicated to art and antiquities, called Museum Island, which is home to five different museums.

Other worthy stops in Berlin include the Dahlemer Museum and the Gemäldegalerie. Berlin is also one of the best places in the country to try traditional German food — check out this post to find out what to eat in Germany. 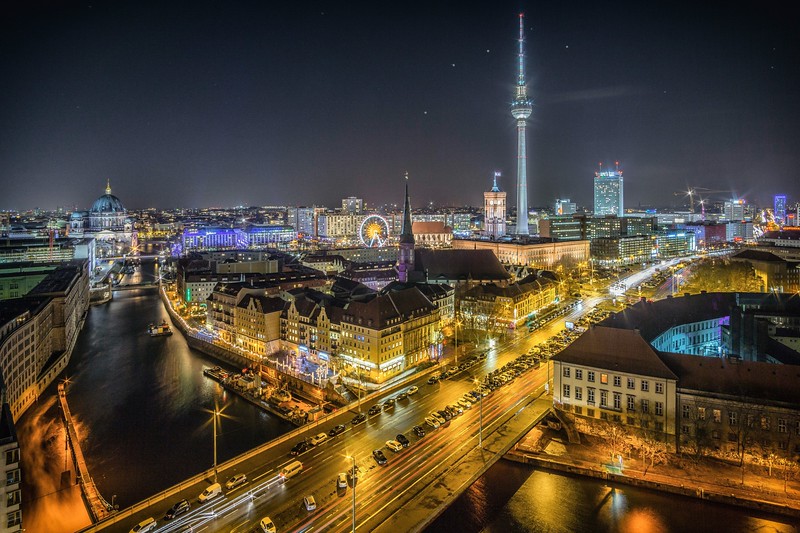 Madrid may have El Prado, but I’m going to go out on a limb and say that Valencia deserves an artistic nod. Spain’s third largest city rises as a creative hub on many fronts, boasting imaginative flavor around every turn. It wows first-time visitors with the wild architecture of the City of Arts and Sciences and its buildings constructed to resemble a whale skeleton, a giant eye, and one that appears to look like some sort of space helmet.

During April, Valencian creativity even comes to life in the streets with massive meticulously designed sculptures, called fallas. Often conveying a political message, the colorful structures burn at the end of the week to the pleasure of the city’s citizens. Along with a slew of museums, don’t dismiss taking in outdoor masterpieces by street art greats like Escif, especially in the bohemian El Carmen neighborhood. 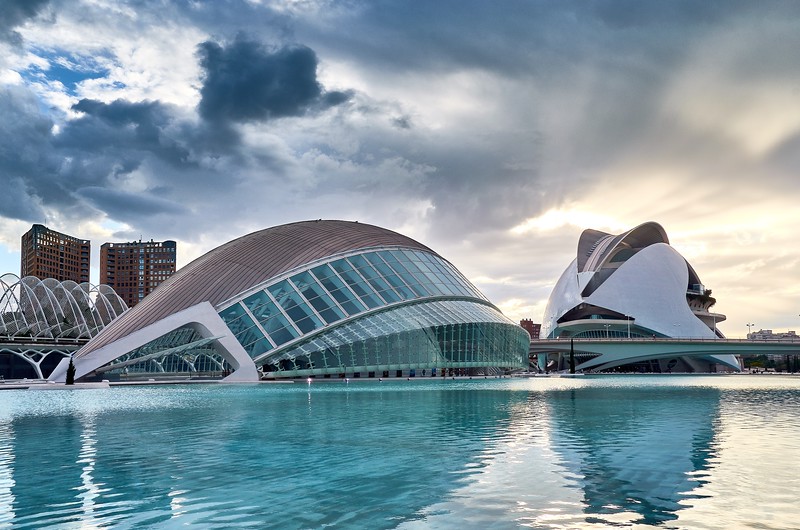 Hong Kong rises as Asia’s art epicenter – whether that means trade, gallery openings, or massive museums. Set on becoming an art destination, the country even ambitiously works on the opening of M+; a museum that will rival those found in cities like New York or London (set to open in 2018). Hong Kong still may be growing its “collection,” but in the meantime it remains a hotspot that art lovers should keep their eye on. There are many ways to get off the beaten path in Hong Kong, like hiking the Dragon’s Back, you just need to dig deeper to find them. 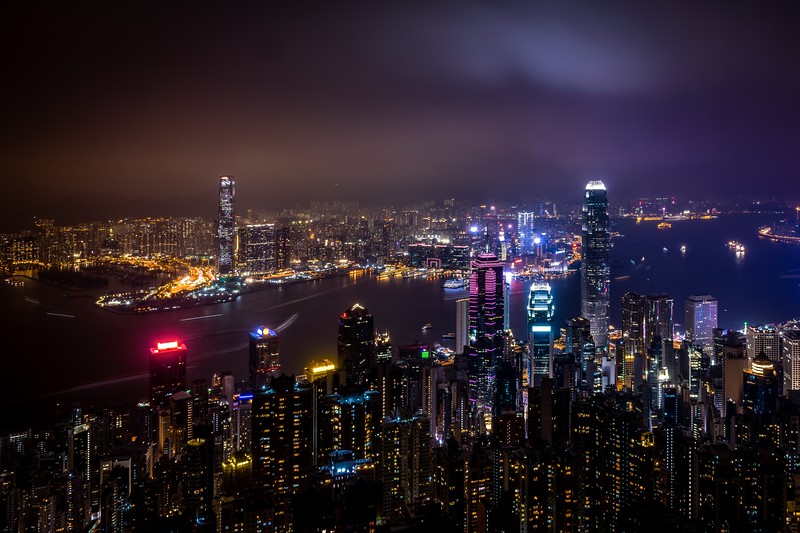 The Empire State Building, the Statue of Liberty….the Guggenheim, The Metropolitan Museum of Art; indeed, some of Manhattan’s museums rank right up there with the city’s world-famous sights. Designed by Frank Lloyd Wright, the Solomon R. Guggenheim Museum impresses from both the inside and out, with its cylindrical exterior, and impressionist-, contemporary- and modernist-art-filled interior.

And of course The Met — so mainstream that it has its own affectionate nickname — offers a massive collection of art from all eras. Still not satisfied? Head to the Frick or the MOMA, among many other museums that fill the cosmopolitan center of New York City. Check out our 3-day New York itinerary for a detailed breakdown of things to do. 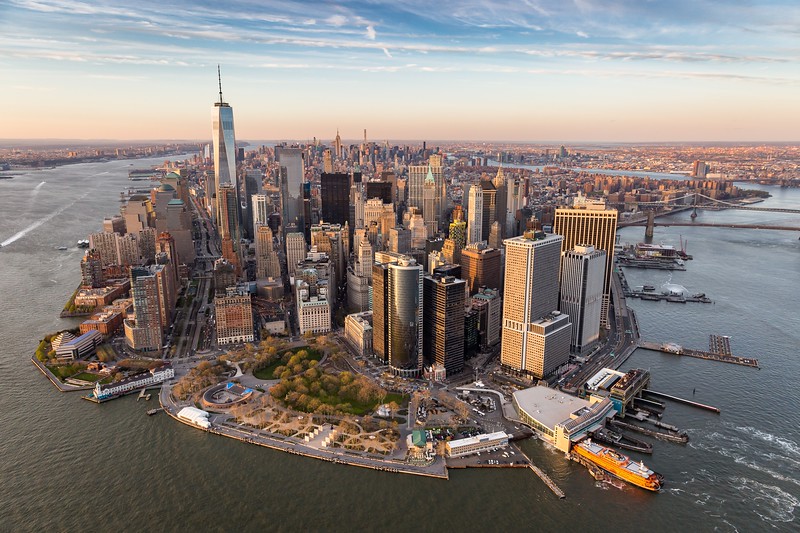 Perhaps I’m a little biased (after all, it is where I’m from), but San Francisco undoubtedly claims awesome-art status. Museums aren’t in short order: from contemporary pieces at the de Young to pop art at the MOMA, and Japanese woodblock prints of the Asian Art History Museum — just to name a few.

Street art lovers can get their urban-expression fill (with a side of Mexican food) by traversing the alleys of the city’s cultural mixing pot, the Mission District. Then, visitors can even appreciate a bygone era by strolling the grounds of the Palace of Fine Arts, where the Pan-Pacific Exposition took place in 1915. This buzzing city in Northern California is definitely a must-visit for all art lovers.

READ NOW
18 Fun Things to Do in Northern California 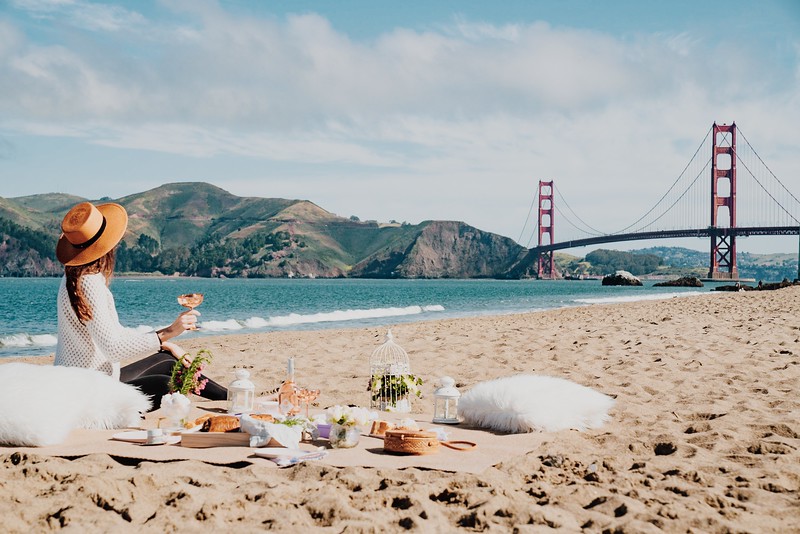 While Rome claims the Vatican Museum, Florence undoubtedly challenges the Italian capital with its own vast collection. Browse the galleries of one of the world’s oldest museums: The Uffizi. Get up close and personal with Botticelli’s “The Birth of Venus,” as well as pieces by other Italian greats, all while scoping out occasional views of the passing Arno River. Then, don’t pass up the Galleria dell’ Accademia, where you can admire the sculptural genius of Michelangelo via his massive marble creation, David. Book your Florence museum tickets here. 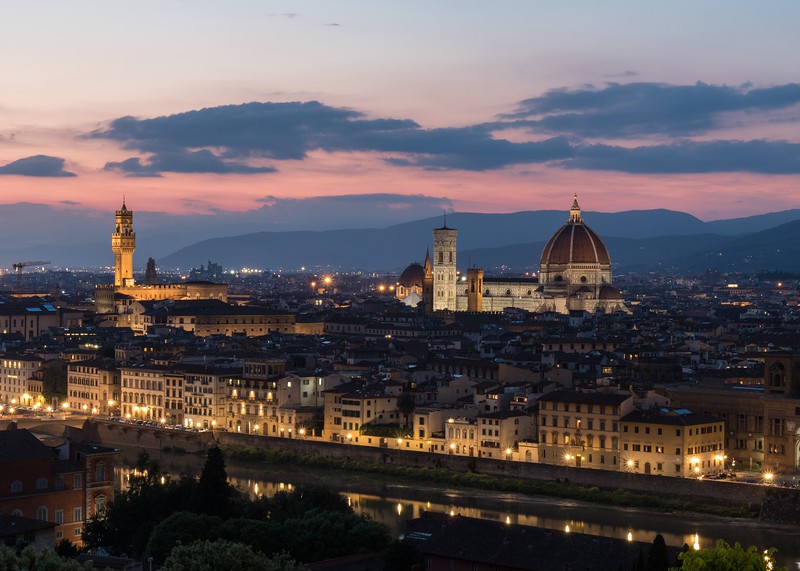 Not only does London offer art for a range of tastes but, even better, the majority of the government-run museums are free to enter. Capitalize on the cost-effective opportunity by browsing the antiquities of the National Gallery and the British Museum. Then you can check out historical and contemporary British art on display at the Tate Britain, or stop by the most-visited modern art gallery in the world, the Tate Modern.

If you tire of these spots, you can be certain that more museums await, or just hit the streets for a healthy helping of urban art. Check out our 3-days in London itinerary. 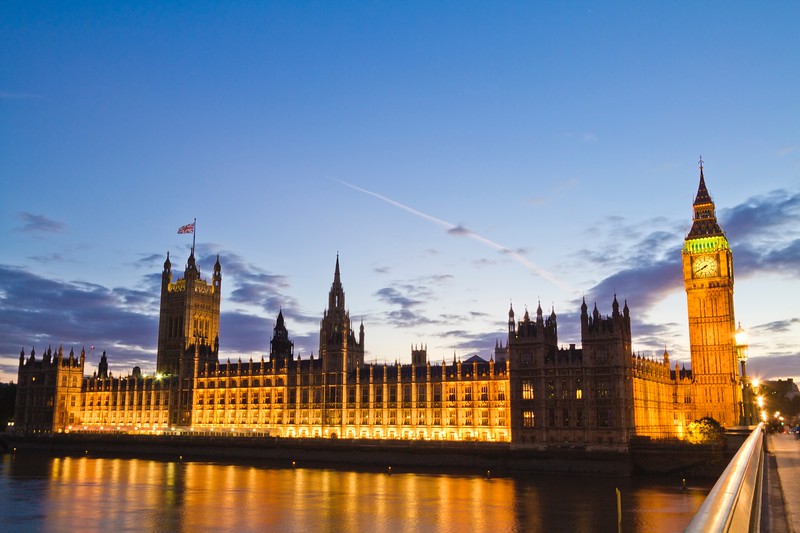 Vienna is undoubtedly one of Europe’s major art destinations. This is largely due to over 600 years of Habsburg rule — from 1282 to 1918 — during which time the royal family amassed a robust art collection now on display in museums throughout the city. An impressive cultural space unto itself, the Museums Quartier flourishes with contemporary art in both the Leopold Museum and Museum Moderner Kunst (Museum of Modern Art).

A visit to the Kunsthistorisches Museum (Museum of Art History) promises pieces by Europe’s most famous artists through time, along with antiquities from Egypt, Greece and beyond. Vienna brims with more museums, so rest assured if you’re still hungry for art, the city will satisfy. 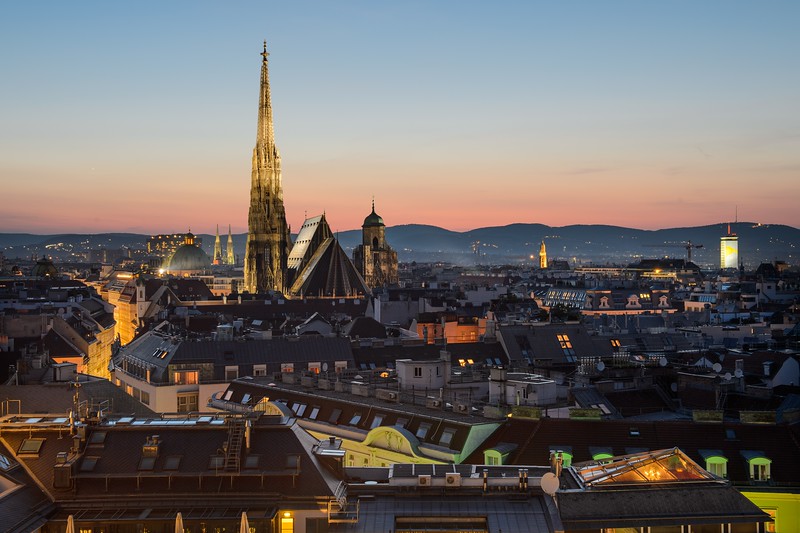 What are your favorite artistic cities and spots around the world?

About the Author: Erin

Erin Ridley is the Editorial Assistant at WildJunket. She left a marketing career in Silicon Valley to live in Madrid, Spain, and take a chance on love. Four years and a career change later, she now writes for various publications, covering everything from travel to art and food.