10 Most Beautiful Waterfalls Around the World

A look at some of the most beautiful waterfalls around the world.

The earth surface cracks open and millions of gallons of water tumble down in gargantuan motion: waterfalls are the creation of Mother Nature, designed to enhance our surroundings. Waterfalls come in many different shapes and sizes but no matter how big or wide they are, you can’t deny the magical power of the tumbling waters. From the cascading beauty of Niagara Falls to the icy waters of the Gulfoss in Iceland, we bring you some of the most spectacular waterfalls in the world.

The Iguazu Falls is not only the number one waterfalls on most people’s lists, but also one of the most beautiful natural attractions the world has to offer. The Iguazu Falls features 275 drops of different heights and widths making it a waterfall fanatic’s paradise. The falls stretch across the border of the Brazilian State of Paraná and the Argentine Province of Misiones. The name “Iguazu” comes from the Guarani or Tupi words, meaning “big water”.Legend has it that a god planned to marry a beautiful woman named Naipí, who fled with her mortal lover Tarobá in a canoe. In rage the god sliced the river, creating the waterfalls and condemning the lovers to an eternal fall.

When most people think of California, they think of the celebrities and the Hollywood sign, beaches full of beautiful people and the LA Lakers. But California is also home to several national parks and Yosemite is one of the most popular parks of all. Many visitors to the park are there to see the Yosemite Falls, but besides that, you can also go on a multi-day hike, go skiing in winter and camp out in the wilderness. In Spring you can expect the waterfall to thunder as it tumbles down the 729 meter drop to the bottom of the lower falls.

One of the most popular waterfalls in Iceland (out of the thousands it has), Gullfoss is a great day out if from the capital city of Reykjavik. The entire width of the Hvítá River tumbled over the jagged crack, creating the Gullfoss Waterfall. From certain angles the Hvítá River appears to just fall off the edge of a cliff which makes this waterfall immensely spectacular. Along with Thingvellir and Geysir, these form Iceland’s popular tourist route, the Golden Triangle. They don’t get any higher than this. With a height of 979 metres, Angel falls is the highest waterfall in the world. Although it lacks width, Angel falls is a thing of beauty whether you visit in the dry or wet season. The drop comes over the edge of the Auyantepui Mountain in Venezuela and is a UNESCO World Heritage site in the Gran Sabana region of Bolívar State of Venezuela. The waterfall was named after Jimmie Angel, a US aviator who was the first to fly over the falls in a plane 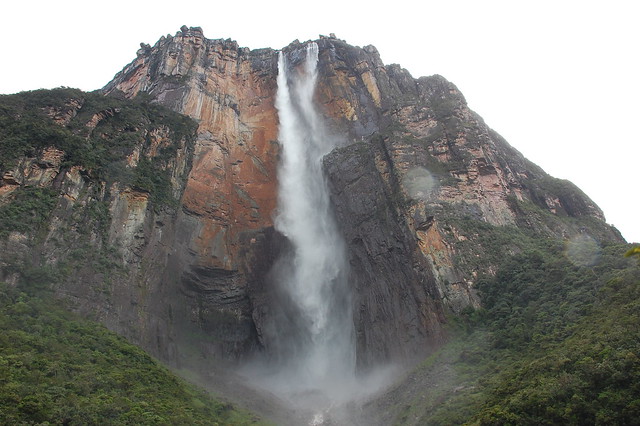 Niagara Falls is one of the most popular waterfalls in the world. If you were to ask anyone to name a waterfall, it would be of the first on most people’s lips. If you are planning on visiting this waterfall I would highly recommend the maid of the mist boat trip which takes you right into the horseshoe of Niagara Falls. From here you will be able to enjoy all of its beauty and
witness just how loud Niagara roars. 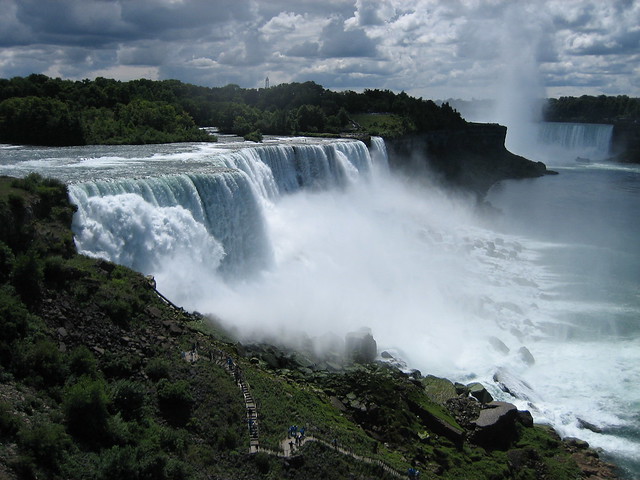 It takes a moment to catch your breath after witnessing the Victoria Falls in all its glory. Known as Mosi-oa-Tunya, ‘the Cloud that Thunders’, in local Tonga dialect, this monster of a waterfall sprawls across two countries, spreading across the border that divides Zambia and Zimbabwe. While it is neither the highest nor the widest waterfall in the world, it is claimed to be the largest singular waterfall in the world spanning a width of over a mile! Need I say any more about just how impressive this waterfall is?

The Jog Falls in India are unlike any other waterfalls in the world. Its appearance large differs depending on which season you visit. During the monsoon season, you will experience Jog Falls at its loudest and proudest when it thunders down in a single drop. Located in Sagar, in the Karnataka state of Western India, this 253m-high waterfalls itself is a reason worth venturing to this part of the country. 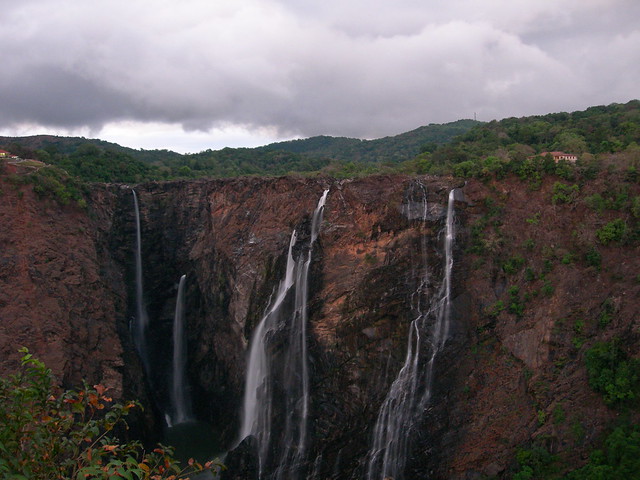 Waterfalls in Morocco don’t get any better than the Ouzoud Falls. Surrounded by olive trees, the setting of Ouzoud Falls is poetic, further enhanced by the soothing sounds of the gushing water. With Morocco becoming increasingly more popular these days, I would strongly recommend a day trip away from the city to visit the Ouzoud Falls, located 150km north east of Marrakech. 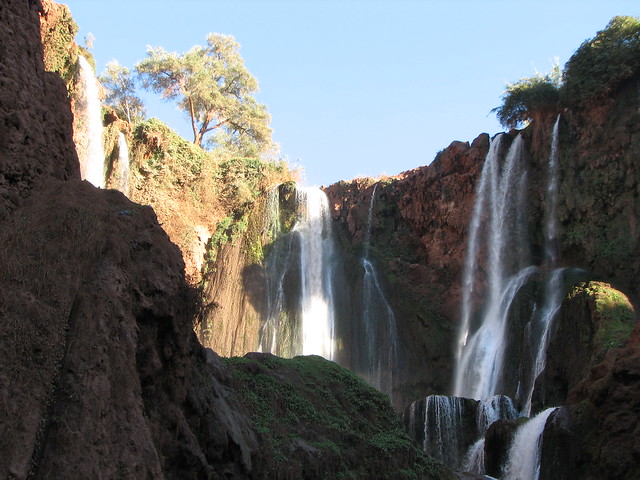 To experience the paradise that is Havasu Falls you have to earn it, as it’s located in a remote canyon in Grand Canyon National Park, in the state of Arizona. With no easy way of visiting this natural wonder, you need a good pair of walking boots but it is worth every minute of it as the colours are quite breathtaking. The mineralized water plunge down from a height of 120 feet into pools of aqua blue water. 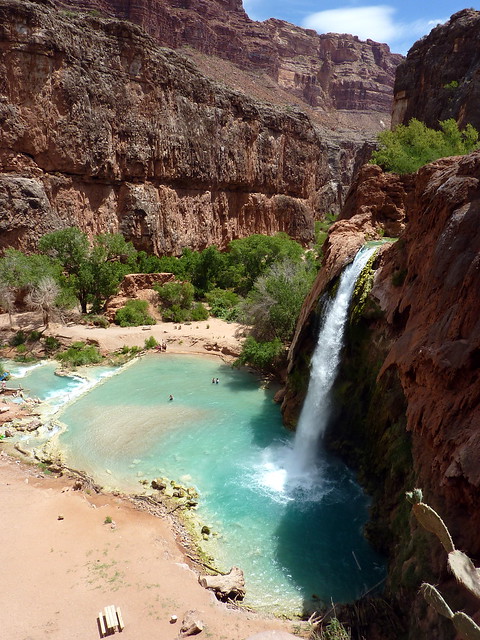 Did we miss out any waterfall? Which is your favorite?