Cows roam freely on the rolling green hills, the sounds of their bells ringing in the distance; women dressed in perfectly fitted dirndls smile and wave, while men in their lederhosen belt out tunes with their accordion in hand.

With fairy-tale castles, picturesque towns and towering mountains, Kufsteinerland is the Austria of many people’s dreams. It’s as alpine as Europe gets, with mountains that make you want to yodel out loud and patchwork pastures chiming with cowbells. Folk music echo through the valleys  and steins (giant jugs) of beer are served in centuries-old wooden A-roofed mountain huts. 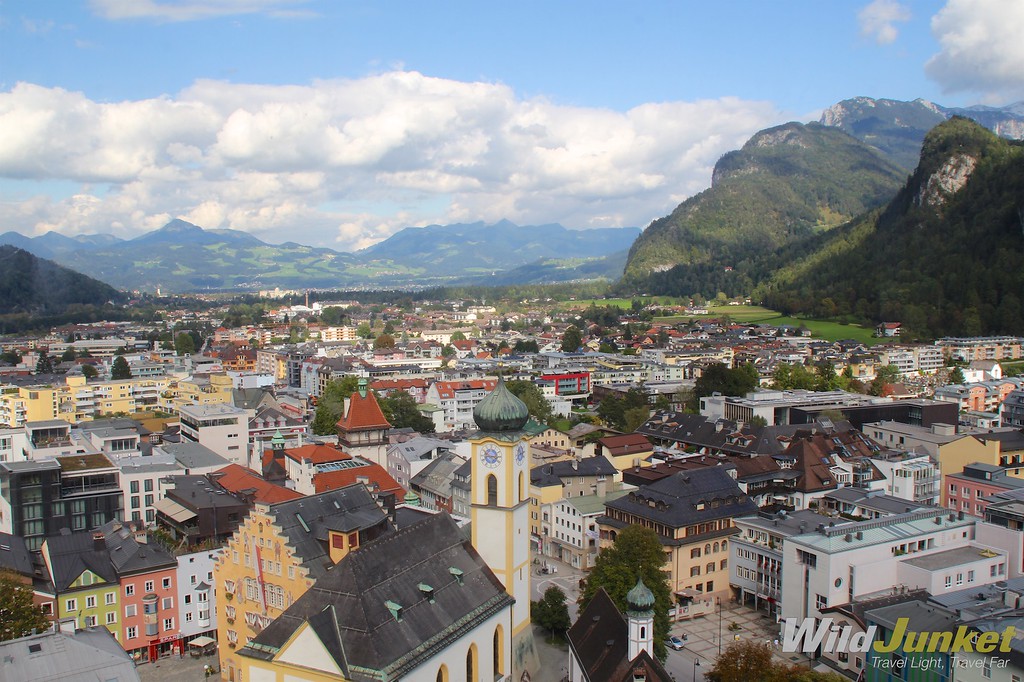 Located in the western edge of Austria, Kufsteinerland is the gateway to the Tyrolean Alps. Known as “the wild west”, the region is home to more than 500 peaks over 3,000m, and over 600 glaciers along the main alpine ridge. Many travelers come to this region to immerse in nature and escape the stress of everyday life.

When we received the invite to travel Kufsteinerland with our 2.5-year-old daughter, we knew we would love the mountains and country setting of the region — but we wondered if Kaleya would too. It turned out we had nothing to worry.

Nature is the best playground for kids, and the region has no shortage of it. There are also plenty of family-friendly activities and festivals in Kufsteinerland that are perfect for kids of all ages. Kufstein, the capital of the region, is a charming city that has a lot to offer in terms of culture and history. Plus the region is home to a fun, endangered-species zoo that every kid would enjoy. 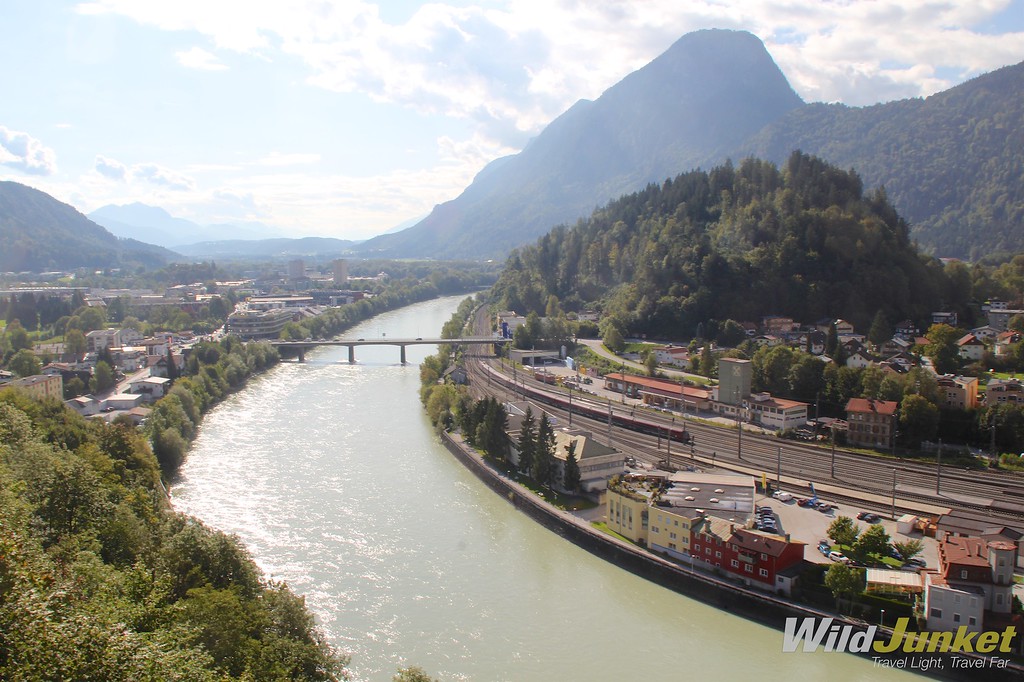 Things to Do in Kufsteinerland with Kids

As the capital of the Kufsteinerland region, Kufstein makes for a great base to explore the surrounding area. Don’t let its small size fool you (population of 18,400) — the medieval town is chocked full of history and charm.

Poised on the banks of the emerald Inn River, Kufstein’s old town is clustered with cute A-roofed wooden-beamed houses that comes straight out of a Hans Andersen fairy tale.

The most prominent part of the old town is the Römerhofgasse, a medieval passage lined with houses decorated with beautiful frescoes. Here, we also found the smallest bridge restaurant in the world. 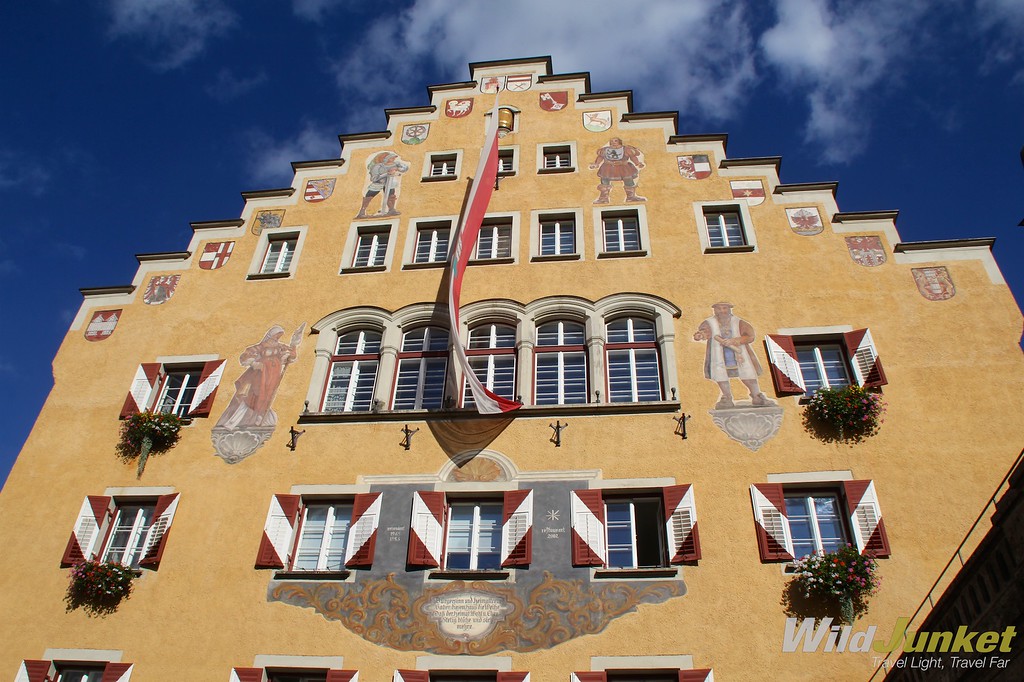 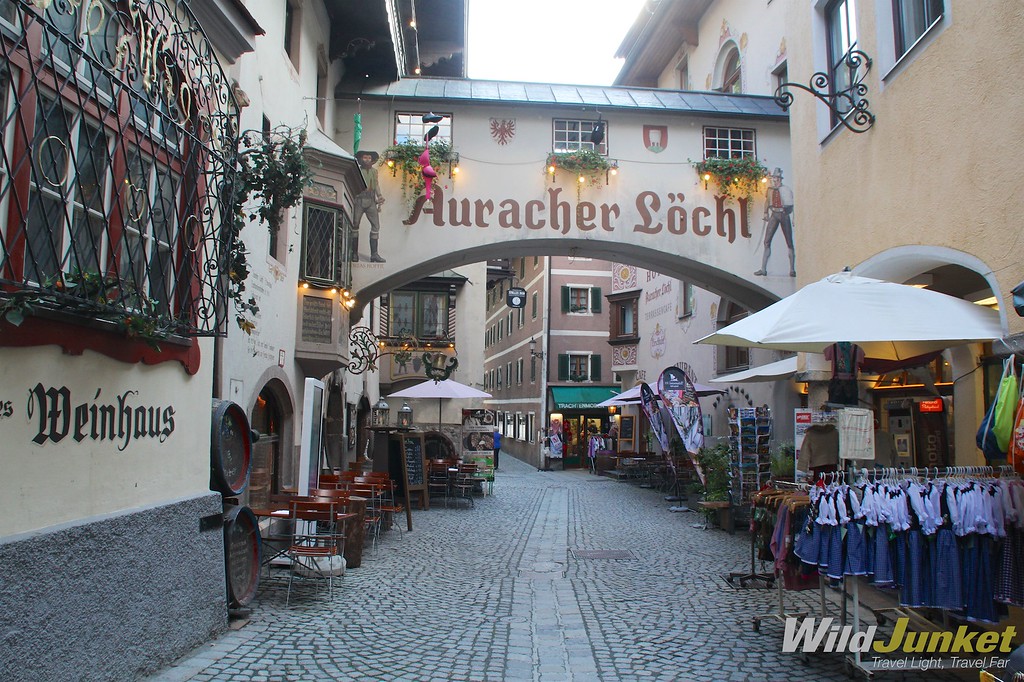 The remarkable Kufstein Fortress dominates the landscape of Kufstein as it did centuries ago. This fortress dates back more than 800 years and is not only the symbol of Kufstein but also home to a museum and the largest open-air organ in the world.

Today, it is Kufsteinerland’s most famous landmark and it also serves as extraordinary venue for a variety of events, including the annual Operetta Summer. To get to the fortress, we caught a funicular from the city centre. From the fortress, you can drink in a spectacular 360-degree panorama of the sprawling valley. 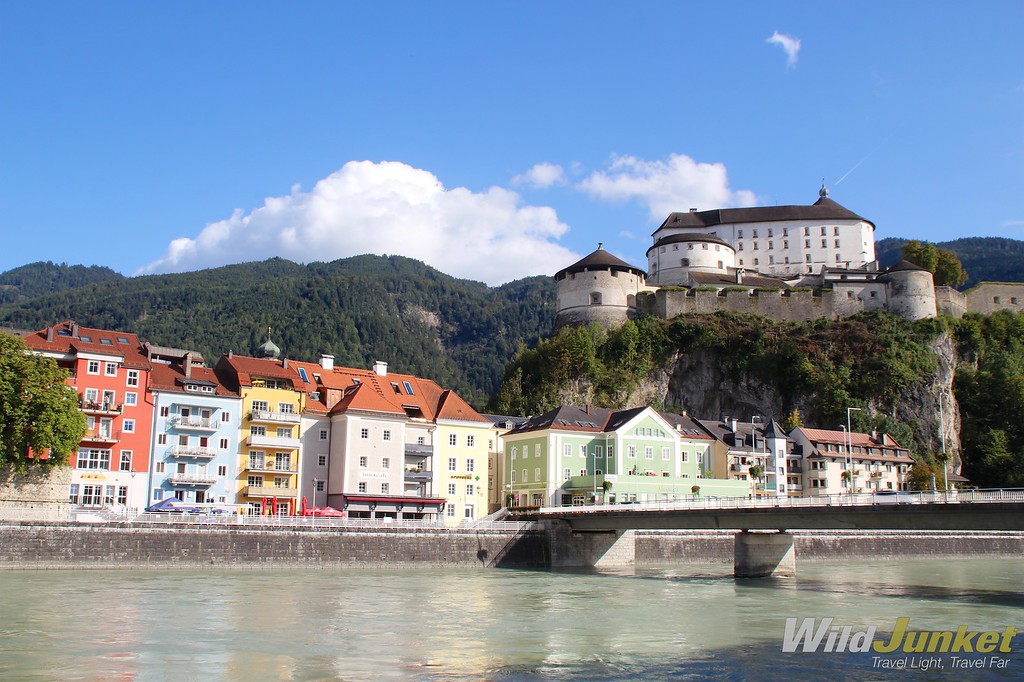 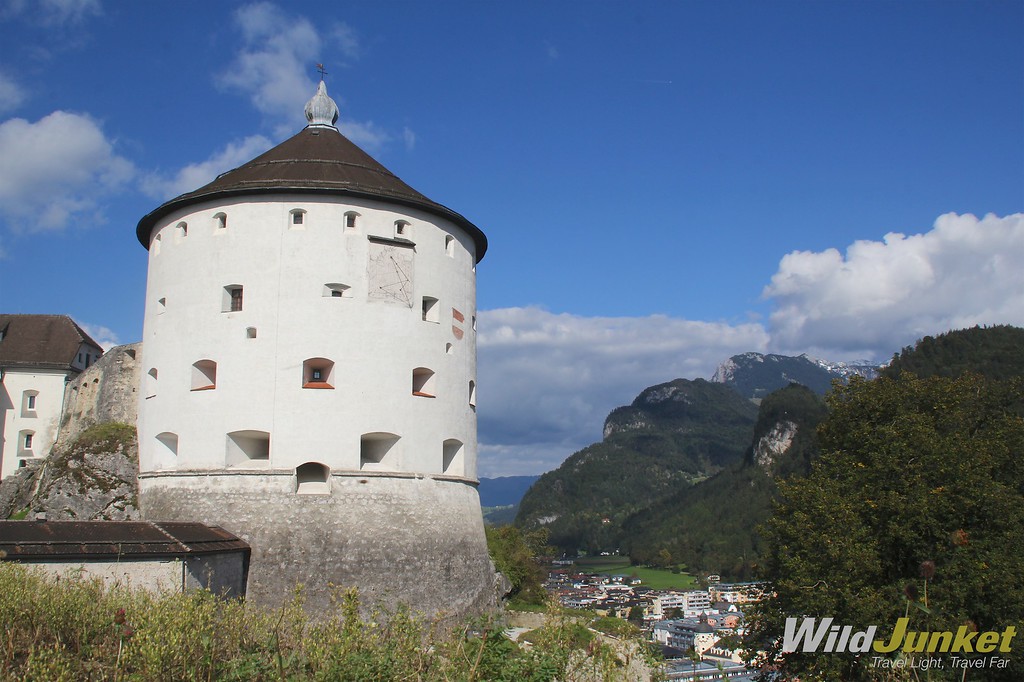 We were extremely lucky to visit Kufsteinerland in September, during the annual Almabtreib cattle-driving festival. Traditionally cows were brought up to the mountains to graze, and then herded back to their farmsteads in the valley every autumn.

Over the years, the event has evolved into a festival, with the addition of Tyrolean traditions, handicrafts and culinary delicacies. The cow-herding event is largely celebrated all over Austria, with the biggest celebrations held here in Tyrol. 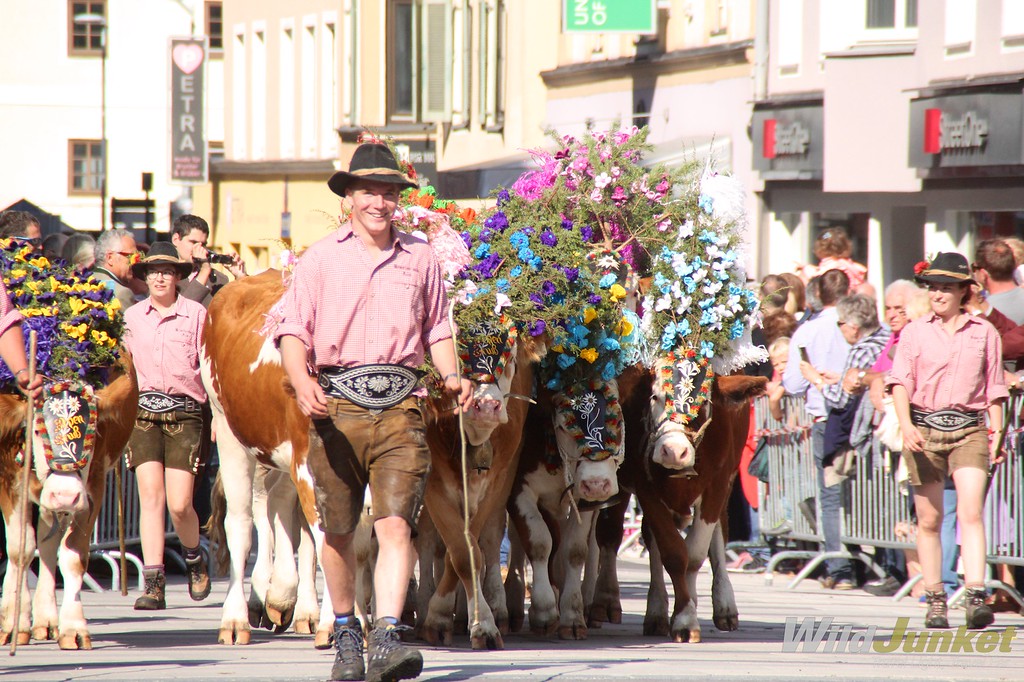 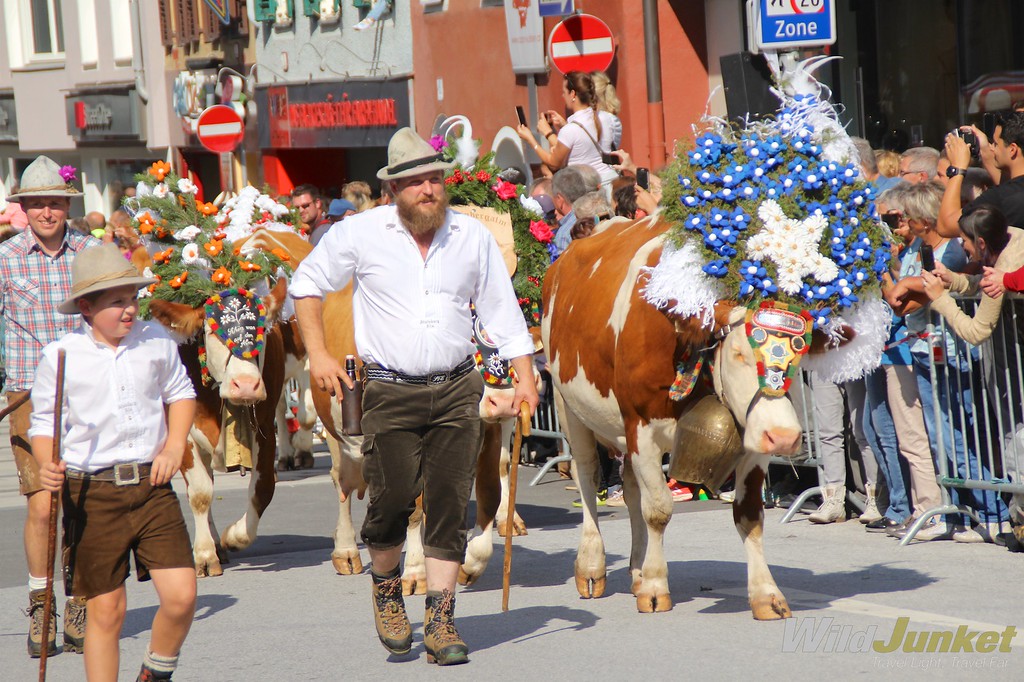 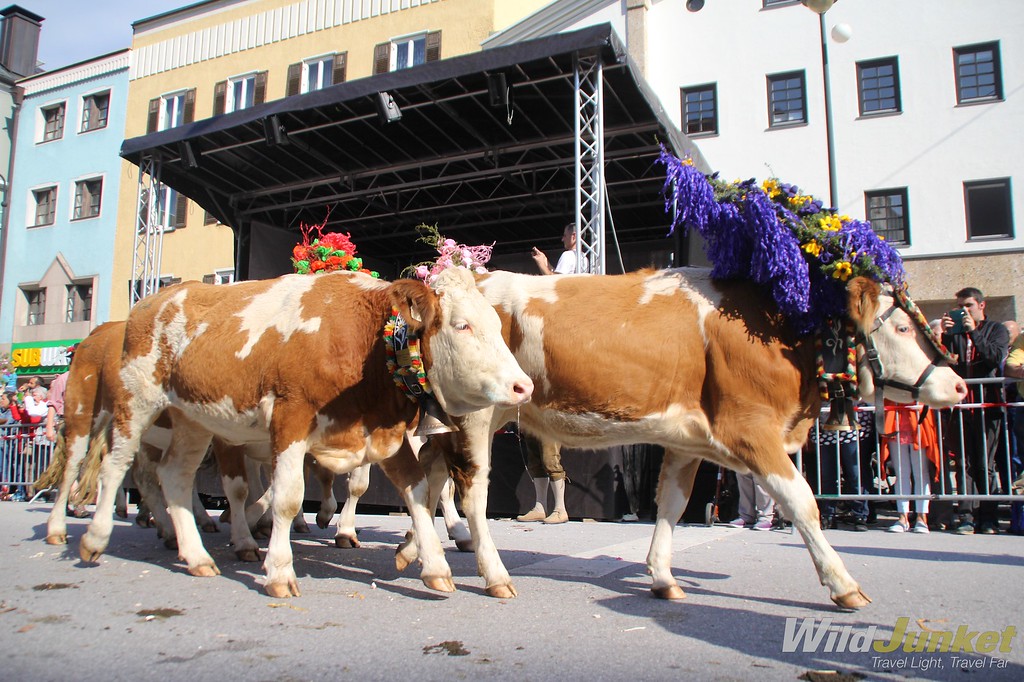 More on the Festival

On the main street of Kufstein, we watched hundreds of cows parade their elaborate flower garlands and religious alms, with chirpy folk music playing in the background. Women were dressed in their beautiful dirndl and men put on their best lederhosen. We joined the crowd and feasted on delicious Tylorean snacks such as kiachl (fried yeast dough pastry) and washed them down with big steins of Austrian beer.

At the festival, there were also plenty of activities designed for kids: from an arts and craft corner to a big bouncy castle and even a marshmallow barbecue pit for the little ones to enjoy themselves. 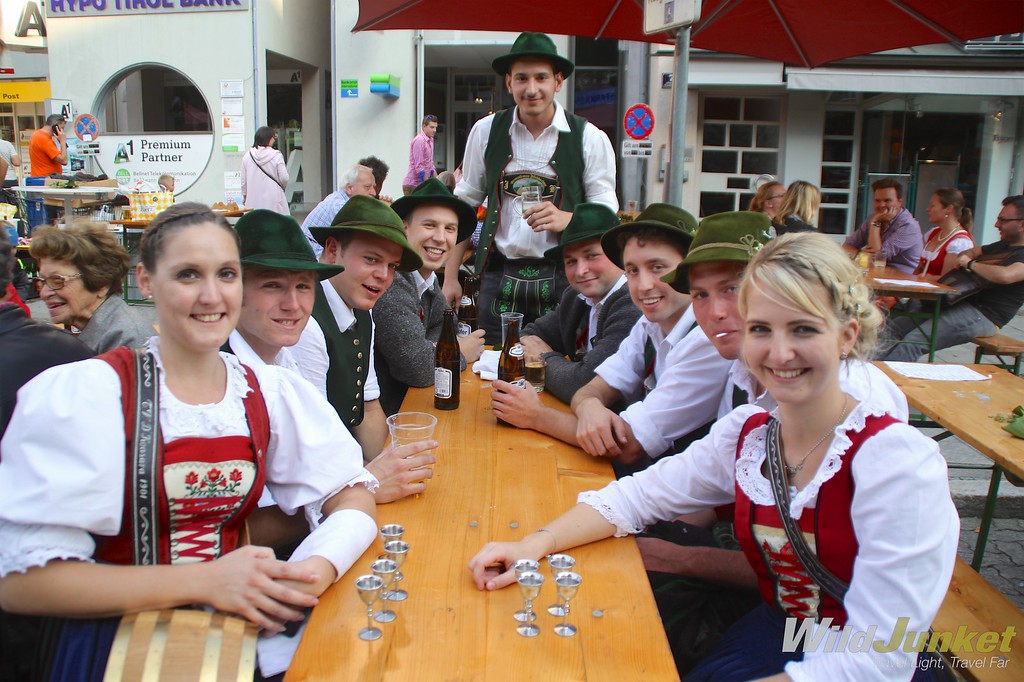 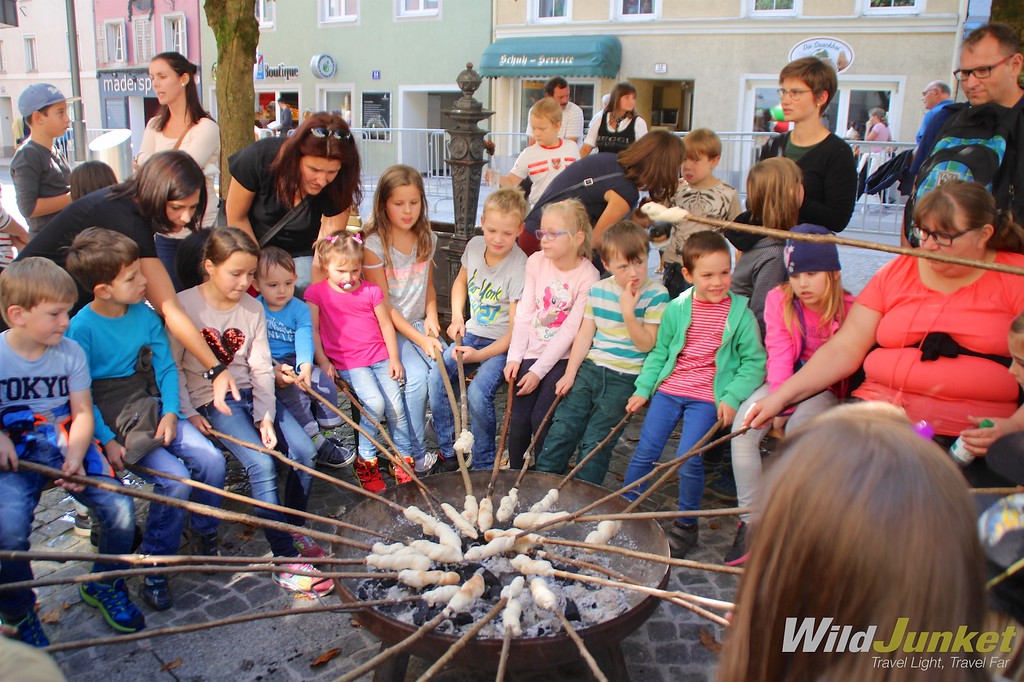 Do the Kaisertal Valley Hike

Surrounded by the Zahmer Kaiser and Wilder Kaiser mountain ranges, the Kaisertal Valley Nature Reserve in Kufsteinerland was voted by Austrians in 2016 as the loveliest place in Austria.

The 2.3-mile hike is also perfect for families, especially those with young kids who can hike or babies they can just carry on their backs.

We began the hike at the Kaisertal Base, with 285 steps that led us through thick pine and fir tree forests. Eventually, our walk ended at the Antoniuskapelle, a traditional chapel built in 1711 on a small plateau overlooking the valley floor. 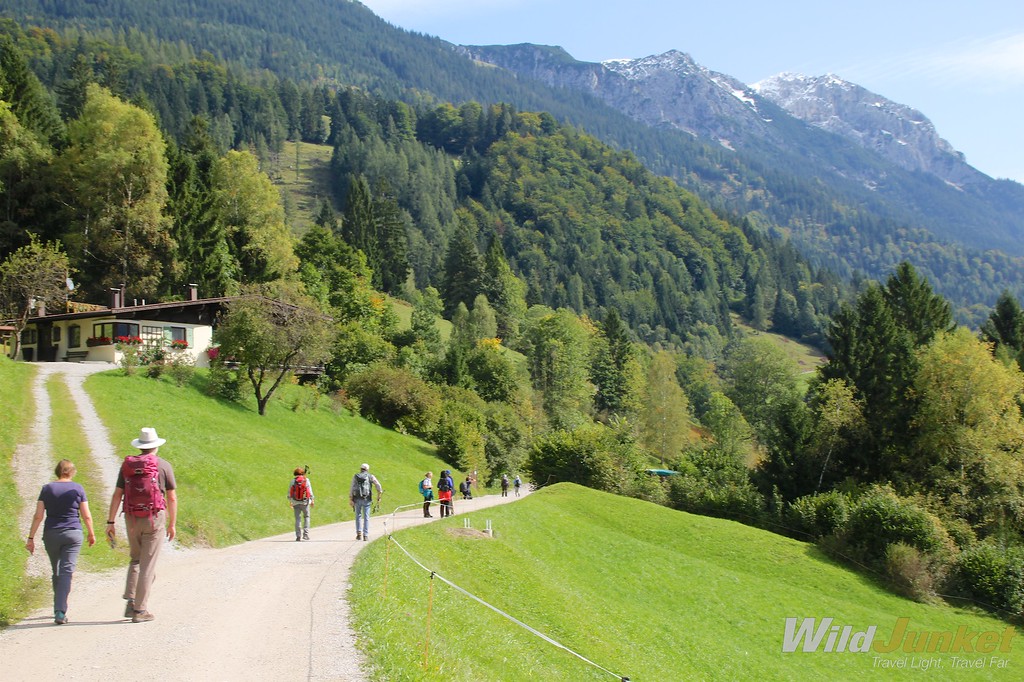 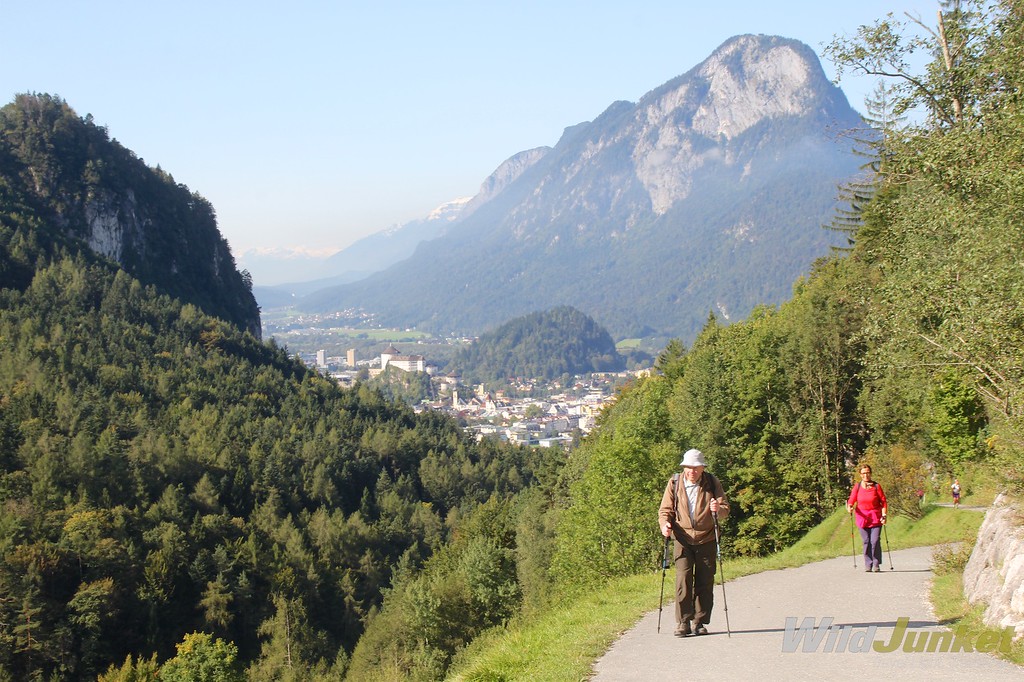 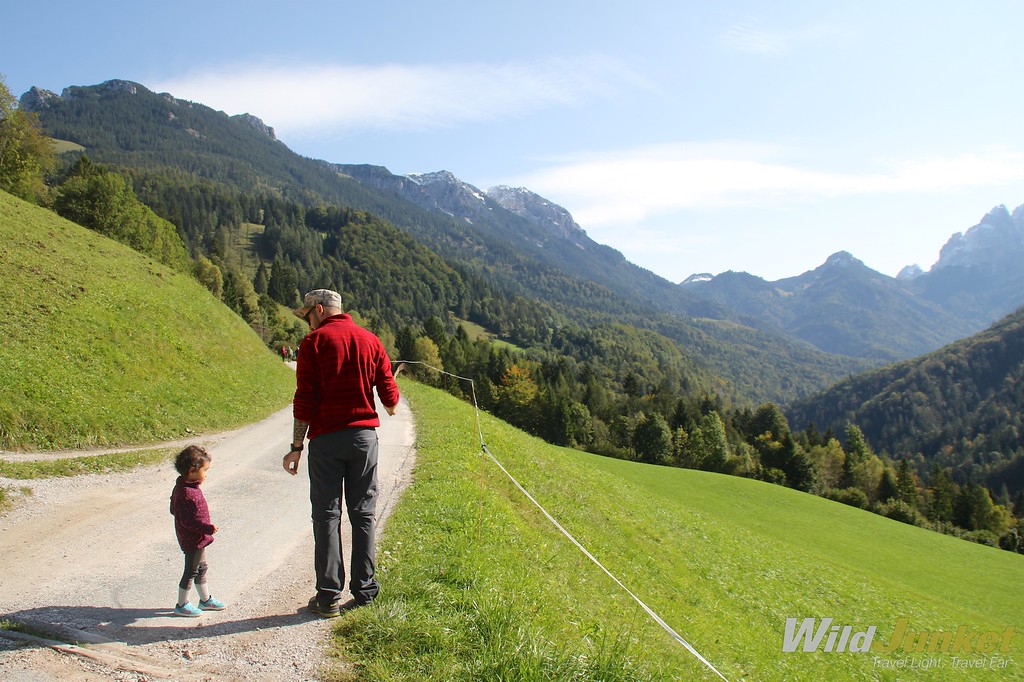 Kids of all ages would love the Rare Species Zoo in Ebbs (Raritätenzoo Ebbs), home to an exotic animal world, directly at the foot of the Zahmer Kaiser. Animals here live surrounded by the natural Tyrolean landscape of Kufsteinerland. The privately managed zoo has over 500 animals of 70 different endangered species: from kangaroos to lemurs, flamingos and wolves.

We aren’t big fans of zoos, but this zoo definitely won us over with its natural mountain setting and dedication to animal conservation. The zoo has also won a prestigious private award for its excellent animal and veterinary care. Entry fees cost € 8.50 per adult and € 4,50 for kids from 4 to 16 years of age. 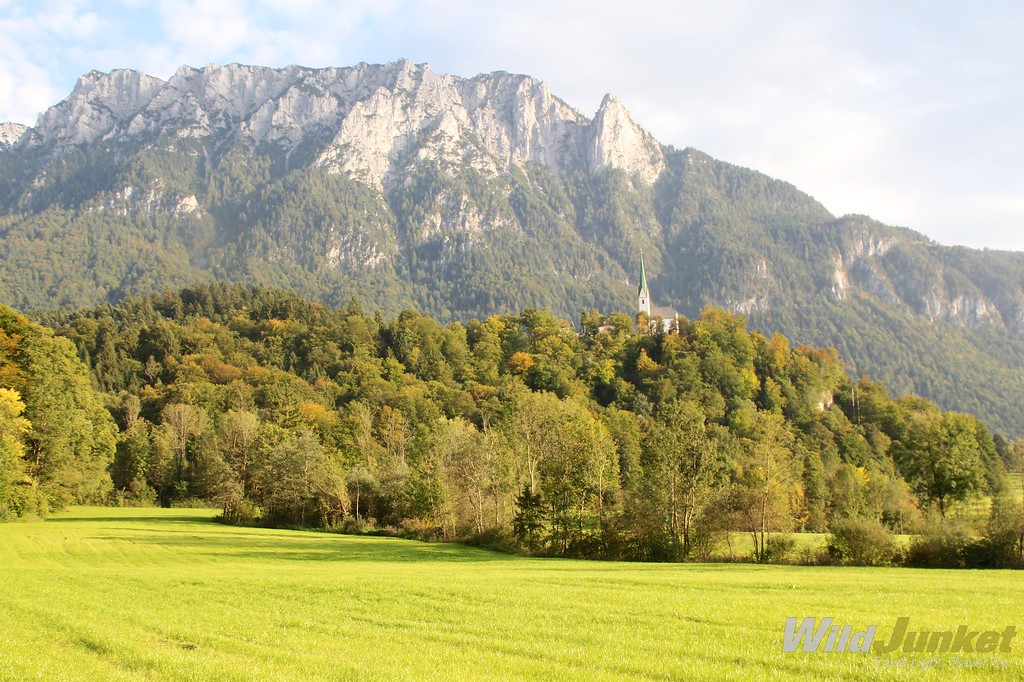 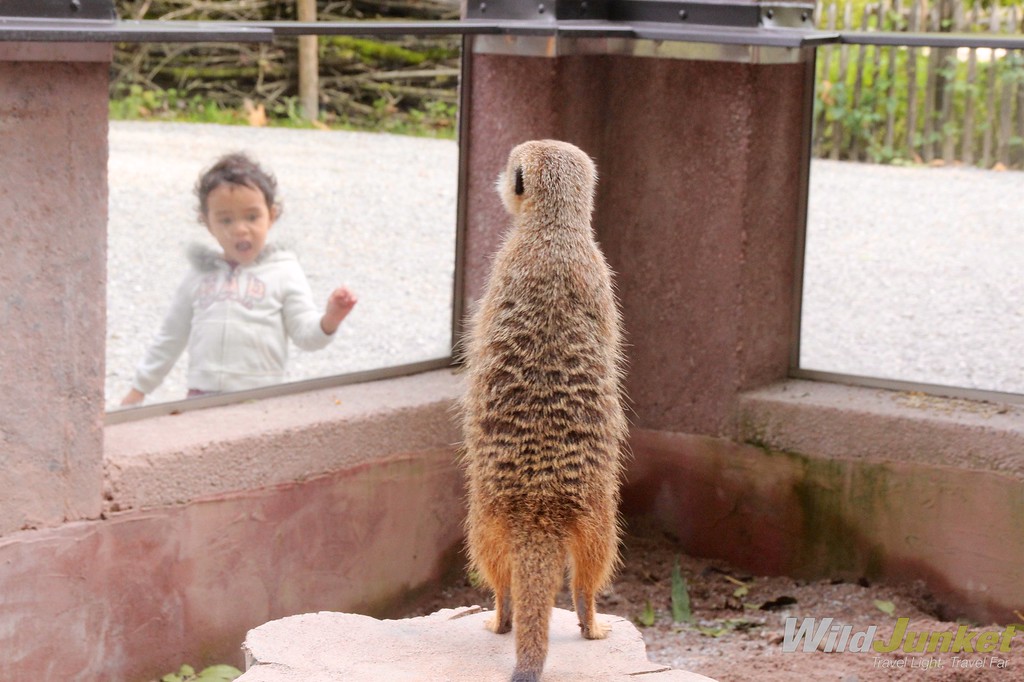 Where to Stay in Kufsteinerland:

On this trip to Kufsteinerland, we stayed at Unterwirt, a gourmet hotel that prides itself on its exquisite food. The family-run establishment serves up top-notch, gourmet food, prepared with natural ingredients and modern techniques. They put an interesting spin on traditional Austria flavours and it’s worth trying their tasting menu.

Beyond food, the hotel prides itself on its rich history as well as family-friendly amenities. It is housed in a historical building that dates back to 1490, but the interior has been fully renovated, with rooms that spot modern fixtures and amenities. This is an excellent spot to stay for families, as the hotel has plenty of outdoor space for kids to run around. 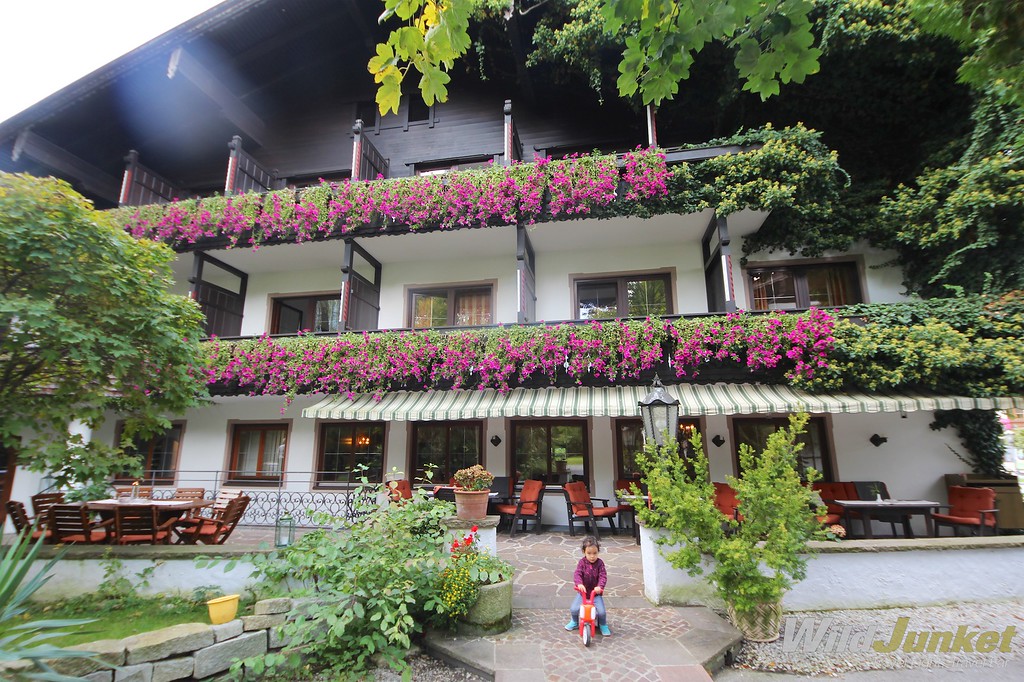 Where to Eat and Drink in Kufsteinerland:

Untertwirt — For a proper gourmet meal, head to the restaurant at Untertwirt gourmet hotel and you’ll be spoiled for choice. The tasting menu has over six courses and each course is matched with a different wine to enhance the experience.

Sattlerwirt — The nearby Sattlerwirt is a traditional tavern that dishes up old-school Tyrolean dishes, such as the sweet chopped pancakes kaiserschmarren and the famous cheese dumplings kasspatzln.

Bierol Taproom – Go beer-tasting at this hip and newly restored craft beer brewery/restaurant and you’ll get a alternative peek into Tyrol’s scene. Run by a young owner who’s also a chef, the restaurant serves very creative and modern food, and brews its own craft beer right on site.

Bar Albert — Located on the main pedestrianised street of Kufstein, this slick and classy wine bar has an impressive collection of wine from all over Europe. Pair up the wine with delicious cheese and ham canapés, and you’re guaranteed a gastronomic evening. 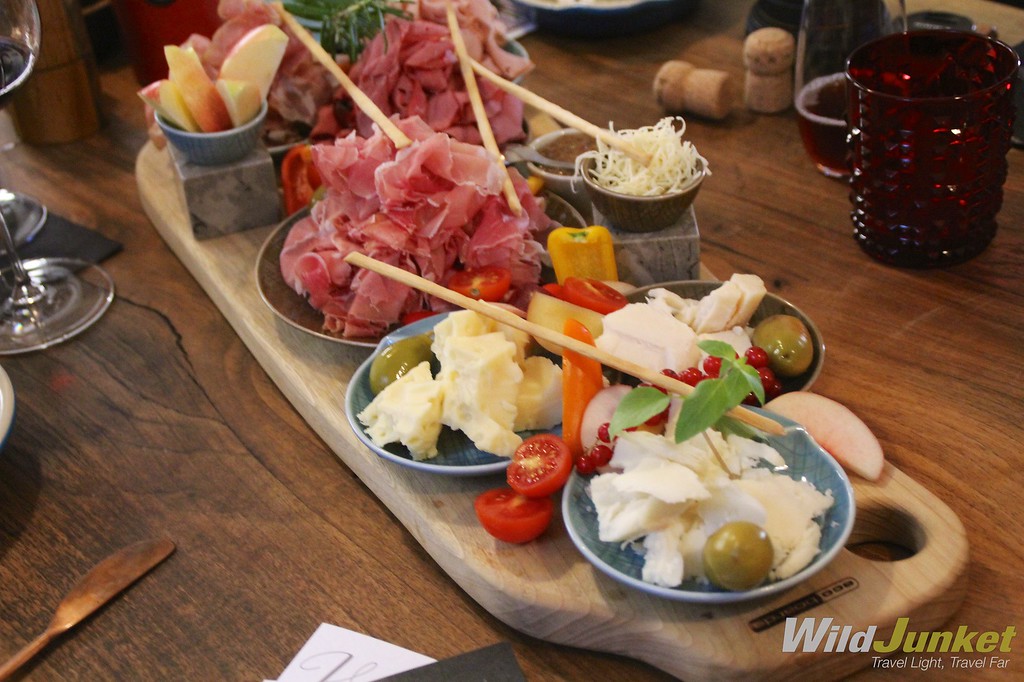 Disclaimer: Our trip was made possible by the Austrian National Tourist Office (ANTO) and Tirol Werbung-Tirol Tourist Board (TW), but as always, all opinions expressed above are my own.