Spanish Swear Words that Will Help You Speak Like a Native

When I moved to Spain, the first things I learned from my local friends were Spanish swear words. Don’t underestimate the power of curse words!

As you probably know, Spain is my second home. I married a Spaniard and lived in Spain for over 7 years, during which I got to know its people and language really well.

The Spaniards have an alarmingly rich vocabulary of swear words and vulgarities: ranging from one-word cusses to full-sentence chants like “me cago en todo lo que se menea!” (I sh*t on everything that moves!).

Mind you, I adore the Spanish language. When used with expressive hand gestures, it’s full of vigor, passion and emotions. The Spaniards have always captivated my heart with their sultry linguistic demeanors. Learning the language has definitely helped me to make more connections and truly understand their cultural heritage and Spanish cuisine. 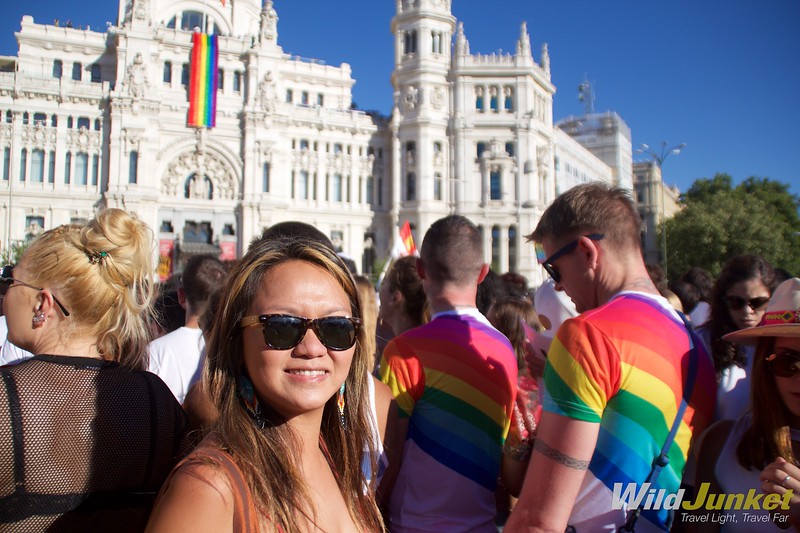 Learning to Swear in Spanish

When I first started learning the language (15 years ago!), Spanish swear words were the first things I learned. My Spanish friends were more than eager to impart their knowledge on all things vulgar. But as they say, learning to swear is just part and parcel of learning a new language.

If you learn the Spanish language well and understand the different Spanish accents, you’ll come to observe that they tend to use swear words openly in their daily conversation. Words like ‘coño’ (c*nt) don’t contain extremely vulgar connotations, and so are used commonly by people in Spain.

In writing this post, I’m not saying you should go out on a cussing fest and swear everywhere you go in Spain. For one, please don’t use these swear words with your Spanish teachers or host family or newly minted Spanish friends. I recommend learning some Spanish basics (not just cuss words) before any trip to Spain, as most people don’t speak a second language. 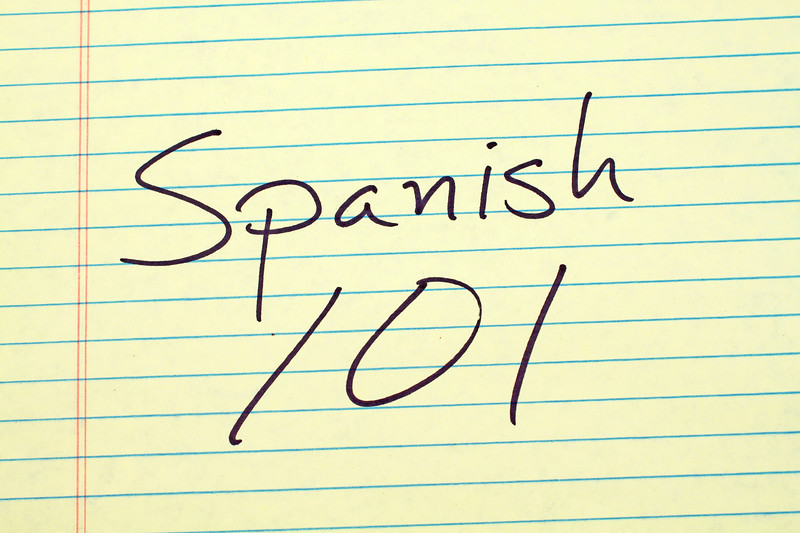 Here’s a round up of the top swear words most frequently used in Spain. Keep in mind I’m not talking about Spain here, the Latin American countries tend to use slightly different swear words. Without these swear words, life wouldn’t be this colorful or should I say- de puta madre!

The first Spanish word I learned literally translates to ‘f**k’. It’s not really offensive, and used casually by everyone I know in Spain — even my mother-in-law says it to my 3-year-old daughter!

For example: You forgot to bring your phone out, Joder! They’re not showing your favourite TV show anymore, Joder! Damn I have to wake up early tomorrow, Joder!

It’s used in many power-packed sentences like ‘Jodete!’ or ‘Que te jodan!’ (both means ‘F**k you!’). A lot of people say joder without the “d” as a lazy, shortened version, so it sounds more like ‘jo-eh’. 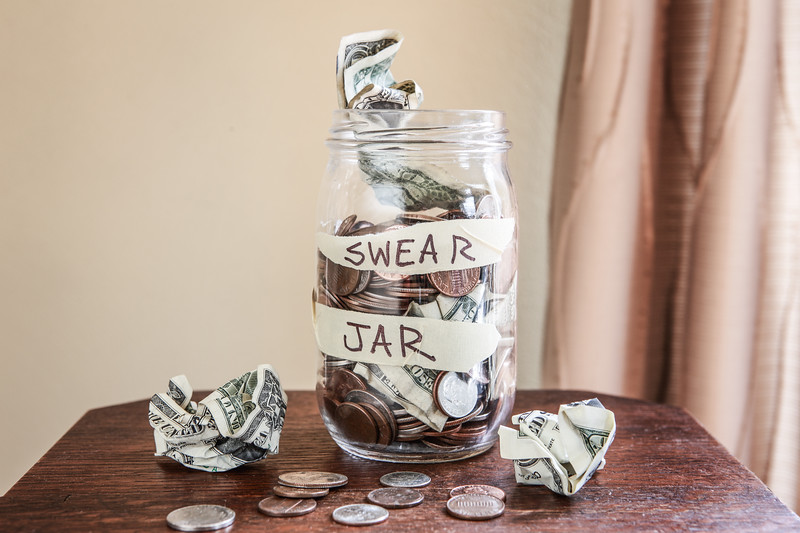 This literally means ‘sh*t’, and is the most lightweight of all the swear words on this list. Most people use it to express anger or frustration.

Many people tend to elongate the ‘r’ when they’re saying ‘mierda’ for impact.

It makes a perfect combination with many words to give a better impact, such as ‘Come mierda!’ (Eat sh*t!) or ‘se va a la mierda’ (Going downhill)’. For example, este lugar se va a la mierda, means this place is going to sh*t and falling apart. 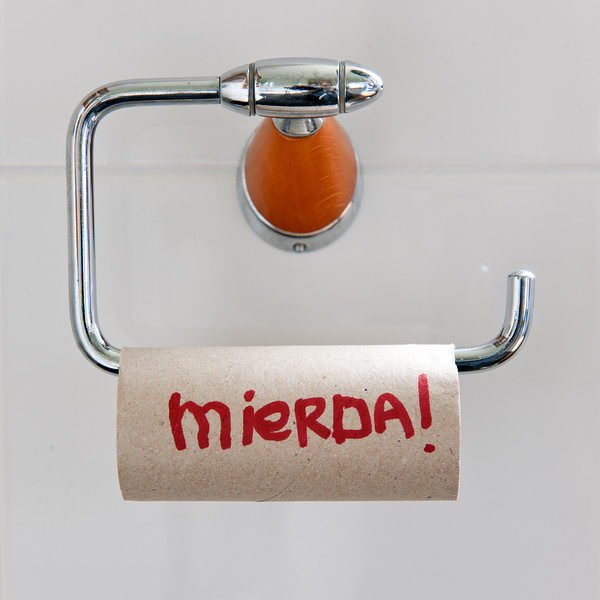 Used frequently to describe idiots, the word ‘Gilipollas’ is simply used to describe someone as a dumbass, idiot or jerk. ‘Gili’ just means idiot and can be combined with other words for more impact.

For instance, you can say ‘gilipuertas‘ or ‘gilitonto’ and they all mean more or less the same thing: idiot. 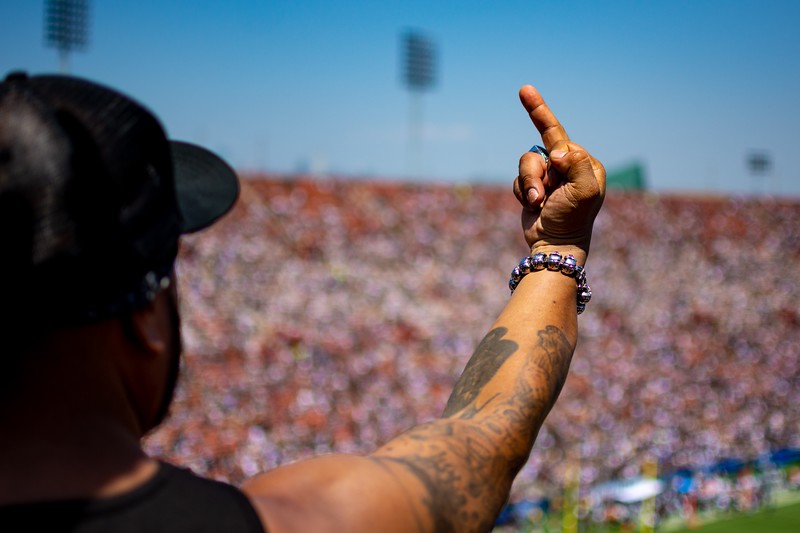 Meaning: What a bastard!

In reality, ‘cabrón’ refers to a big male goat, with giant horns. As the old Spanish saying goes, a man whose wife is cheating on him is called a ‘cabrón’ i.e. his horns are growing.

Everyone then started using ‘Que Cabrón!’(What a bastard!), to swear at others. It’s quite a mild cuss, and often used just as a sarcastic remark instead of a real curse. 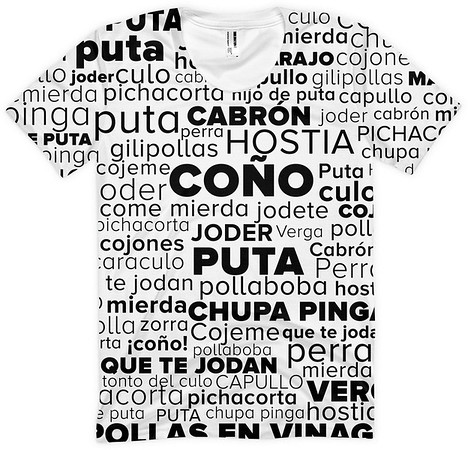 Spanish men are known as ‘machotes’ (macho men who are proud of their balls). They love to show their masculinity by adding the word ‘cojones’ (literally means testicles/balls) to their colorful language.

It tends to be used more like the word ‘Yah right!’ in English, in occasions when someone is trying to give you some crappy excuse, you would respond with ‘Los Cojones!’

It’s also one of the most versatile Spanish swear words. You can also use it to say ‘tienes cojones’ which means ‘you have balls’ or that you are bold. 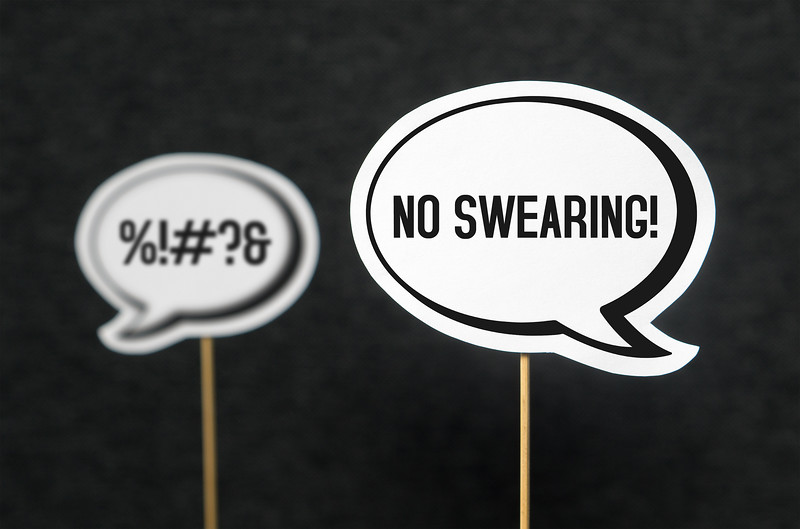 Meaning: I sh*t on everything that moves!

This is a long one, and the most powerful one in my opinion. My personal favorite Spanish swear word of all. It is long yet packs a punch.

I crack up whenever I hear my husband chant this long cuss while driving, and he does that a lot! It literally means ‘I sh*t on everything that moves.’ (strangely unvulgar but can be loosely translated to mean ‘f**k’ in Spanish.)

‘Me cago en…’ is a very commonly used cuss, and can be combined with anything and everything that comes to mind, like ‘Me cago en Dios’ (..on God) or ‘Me cago en tus muertos’ (..on your dead relatives). 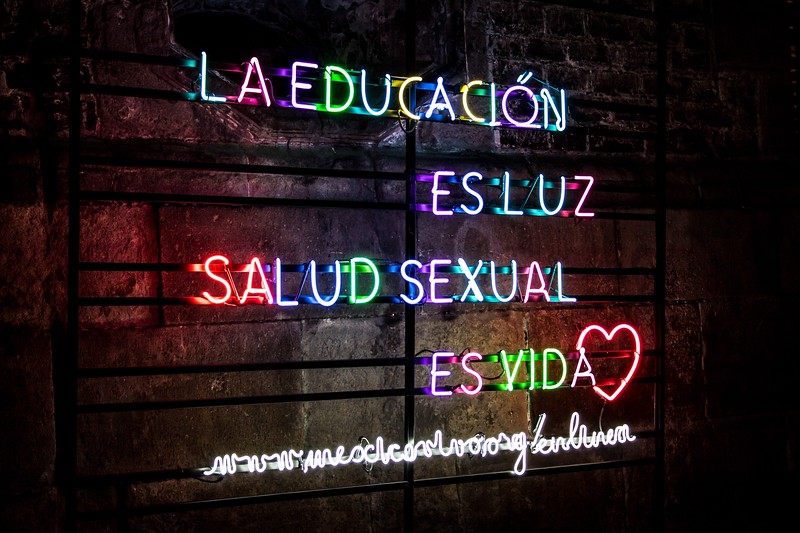 Holy moly — those who believe in God should totally skip to the next swear word! This is one hell of a swear word. It translates literally to mean ‘I sh*t on God!’.

It might sound totally disrespectful, especially in a Catholic country like Spain, but it’s surprisingly common to hear it especially in southern Spain.

Basically, ‘me cago en’ can be used in many different combinations, such as ‘me cago en tus muertos’ (I sh*t on your death!) or ‘me cago en la leche’ (I sh*t on milk). They generally mean the same, bloody hell and f*ck. 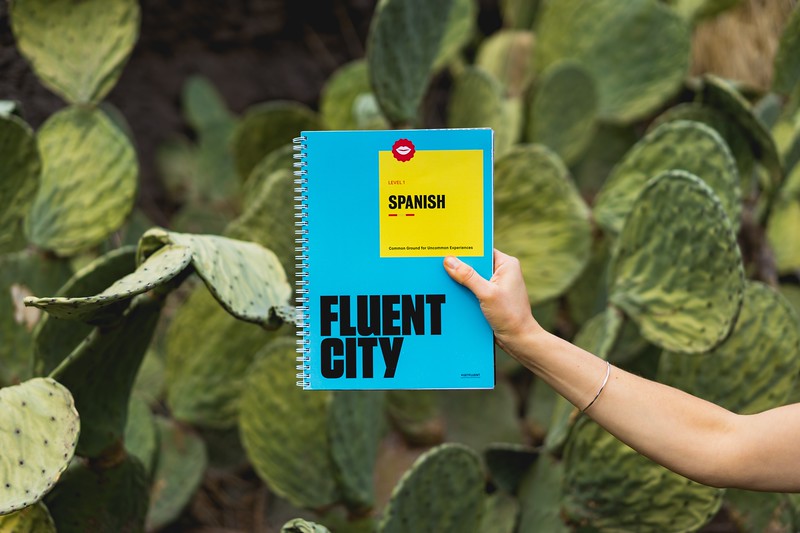 In my personal opinion, this is the most vulgar curse ever and something I wouldn’t personally use. It translates literally to mean, ‘the mother who gave birth to you’ meaning you are cursing someone’s mother. It is used in the same way as ‘motherf**ker’ in English.

It’s usually used as part of a sentence for example: ‘Me cago en la madre que te parió!’ (I sh*t on the mother who gave birth to you.). Alberto likes to use this when he’s angry with our daughter and it pisses me off as he’s literally cursing me! 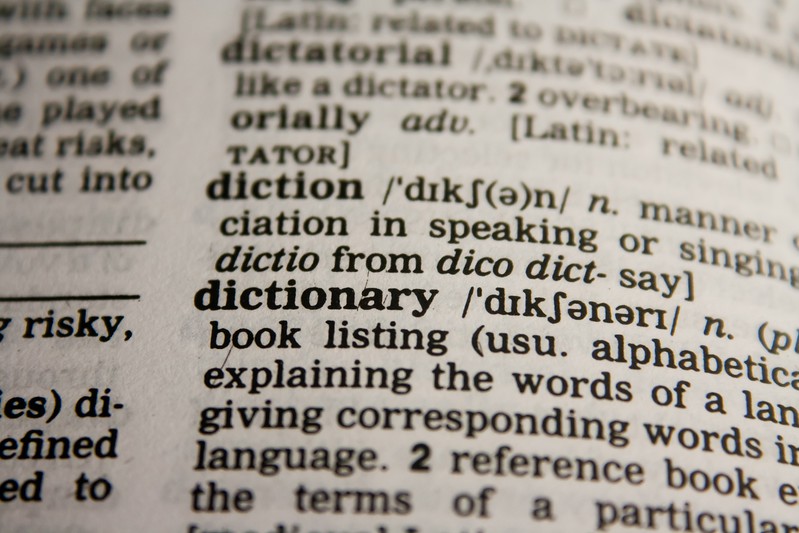 Meaning: Son of a bitch!

This translates literally to ‘son of a b*tch!’. ‘Hijo’ means son, ‘puta’ is bitch (which is often used on its own). It’s used in the exact same way as English, except almost ten times the frequency. It is however mostly used to tease someone, especially as a sarcastic or envious remark. 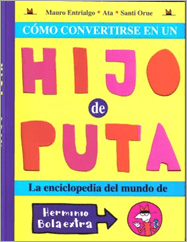 Slightly milder than all the previous curses, this translates to ‘an idiot of the ass’ and it’s used to refer to how stupid/silly someone can be. It’s often used with close friends. 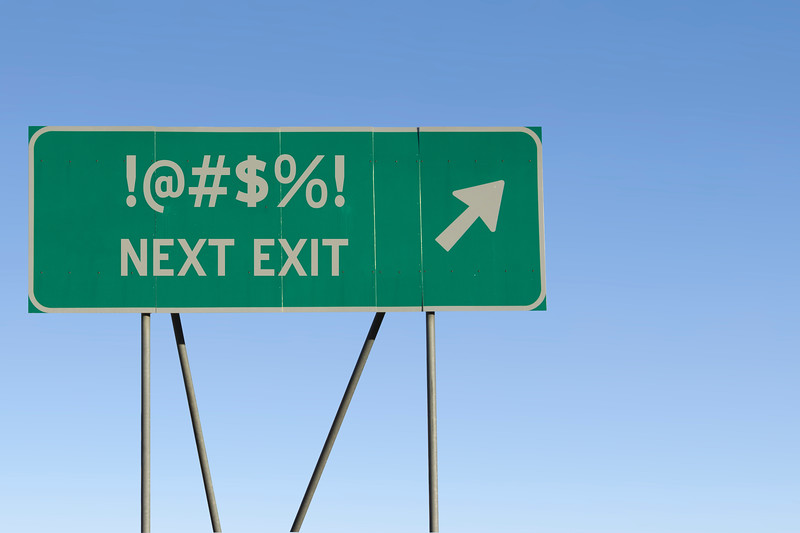 Literally meaning ‘f**king mother’, it can be used to curse but can also be used positively. As a form of exaggeration, it is commonly used to describe how good something is.

It’s one of the most commonly used Spanish swear words. Technically it sounds pretty harsh and vulgar, but because it’s used so commonly, it’s pretty accepted everywhere, even when using it with family. 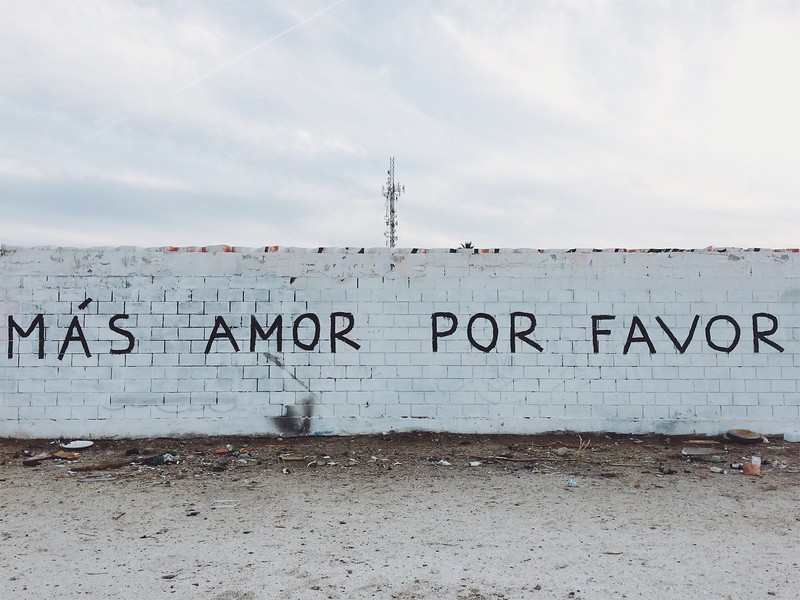 As vulgar as this sounds, it’s actually used excessively in Spain. It’s not usually used to describe someone, but rather as a general swear like ‘Joder!’ to express surprise, anger or frustration.

I have heard it being used amongst my Spanish friends, family (a lot), and even in work environment in Spain.

For instance, ‘¡Coño, qué buena está!’ (Damn she looks good!) and ‘¿Dónde coño estás?’ (Where the f**k are you?). A more powerful version is ‘coñazo’ (meaning big c*nt), which is generally used to describe something that is boring, irritating or tedious. 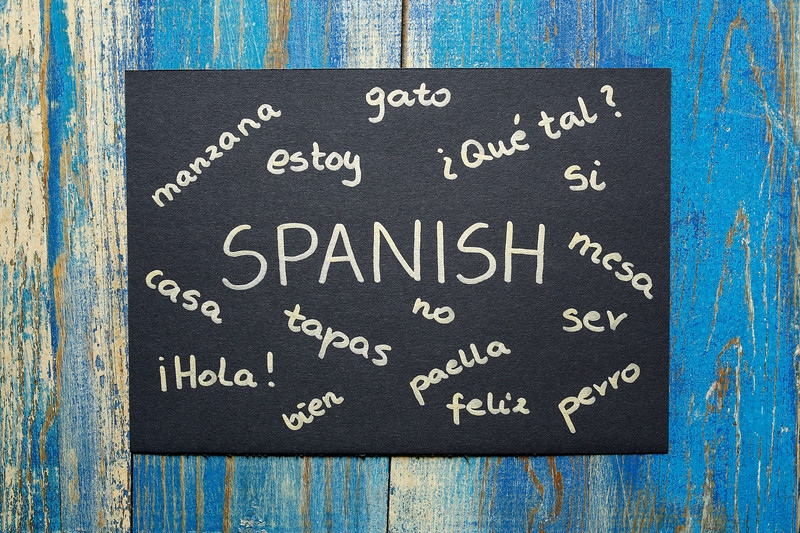 Hold on to your seats ‘cos this one really does pack a punch! The word ‘hostia’ originates from Southern parts of Spain, where it’s used to describe the holy communion used in church.

Since Spain is such a Catholic country, incorporating the holy mother church can be one of the most offensive remarks you can say, depending on how religious a person is.

Hostia can be used one its own to say ‘sh*t’. But it’s usually combined with other words for more impact. For instance, you can say ‘hostia puta’, which means ‘Holy f**k’ or ‘me cago en la hostia’ (I sh*t on the host!).

A super harsh one would be  ‘Te voy a dar una hostia! (I’m gonna slap you in the face!). 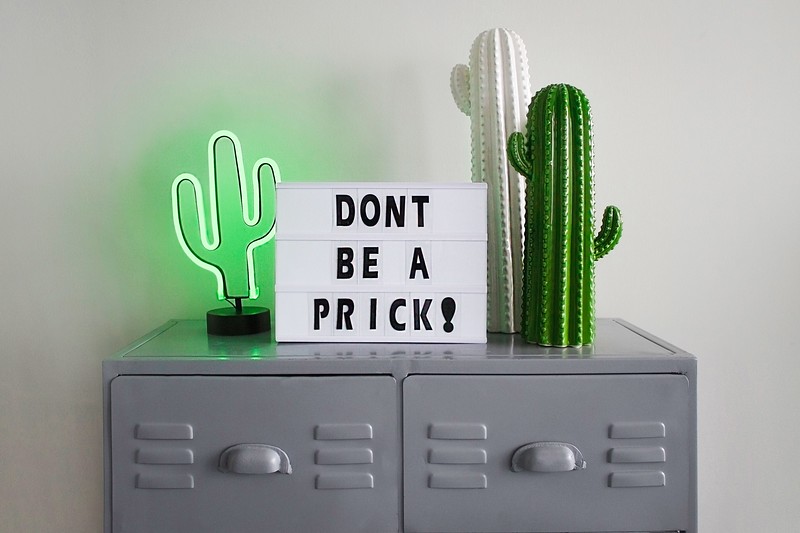 This literally translates to mean, ‘to give it to you through your ass! ‘Culo’ means ass or butt. In other words, you’re trying to say ‘go f**k yourself!” or ‘up yours!’. You can also simply say ‘que te den’, and it means the same. 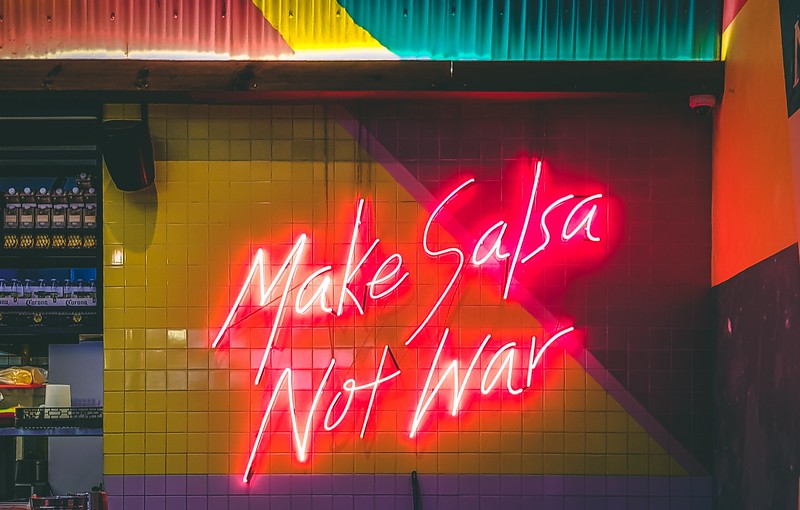 Meaning: To hell with it!

Another one that involves some ass action. This Spanish cuss has two meanings. In general, it’s used to describe ‘to hell with it’ or ‘f**k it!”. For instance, you can say ‘Argh I need to study for my exam, but I’m so tired. A tomar por culo! I’m going to bed!’.

A second meaning for the phrase is actually not vulgar at all — it is used to describe something as very far.  For instance, ‘vive a tomar por culo de aqui‘ is an exaggerated way of saying ‘he lives very far from here’. 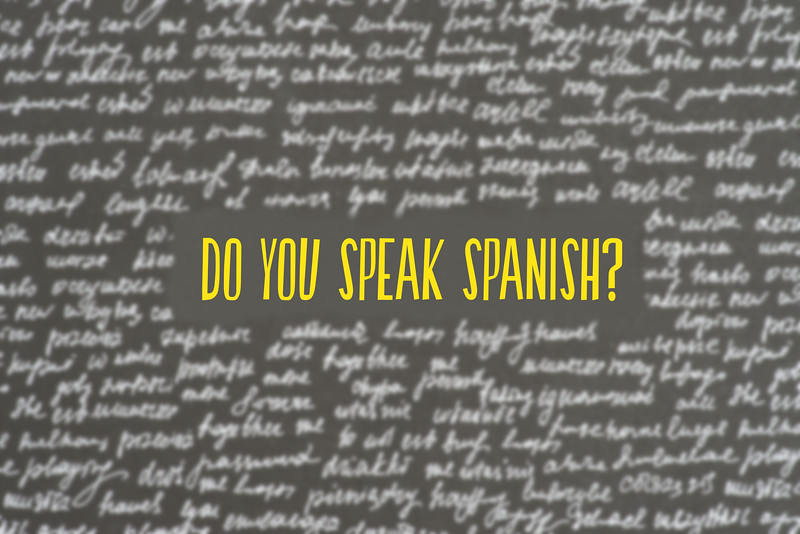 Do speak Spanish or are you learning Spanish? Don’t forget to check out my 20 language-learning tips! Share some of your other favorite Spanish words with us!

Over the years (and traveling to 140+ countries), I’ve learned a thing or two about travel planning. I’ve put together this list of travel resources that I personally use to find the best deals and book travel! For more details, check out my travel tips resource page.