20 Photos to Inspire You to Visit Colorful Nuuk, Greenland

A photo essay of Nuuk, the colorful capital city of Greenland. 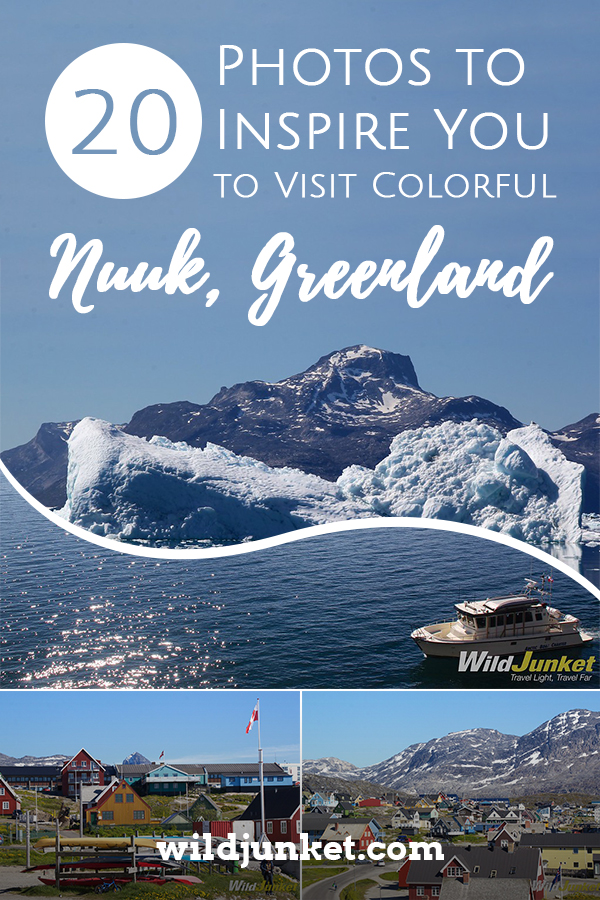 Picturesque and quaint, Nuuk is probably the cutest capital city I’ve been. Scandinavian high-roofed houses can be found in every color you can imagine: from indigo blue to electric pink, lime green to dark burgundy. While the buildings were initially color-coded as a form of identification, these days the colors have become a way to add vitality to this quirky city.

Nuuk has a whimsical and playful character, and a rather lively atmosphere, one that I didn’t expect to find in Greenland. Most people think of Greenland as a remote, almost desolate place with harsh living conditions. It may be true in other parts of the country, but not here in colourful Nuuk.

To many of us, Nuuk may seem like a small Scandinavian town; but in reality, this is the biggest and oldest city in Greenland. It was first founded in 1721 by the Danish missionary Hans Egede. Today, it has a population of approximately 17,000 people, accounting for one-third of Greenland’s total population.

The city is one of the fastest growing hubs in the world, with new constructions popping up faster than you can pronounce “Qaqqaliarniarpunga” (The Greenlandic language has really long words!). It’s currently experiencing the “Mexico City syndrome”, where people from all over Greenland flood to its capital in search of better education and work opportunities. 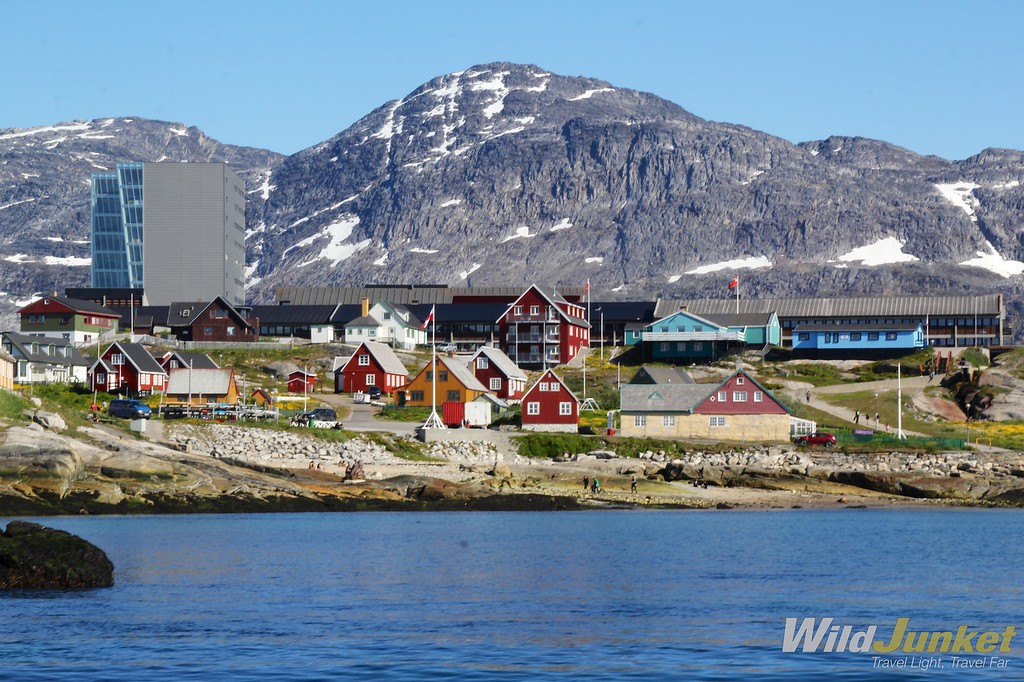 It’s a shame that many travelers head straight to Ilulissat in the north for Greenland’s remote wilderness and miss out on what the capital city has to offer. Nuuk is home to a flurry of museums, art galleries and cultural centers, making it the best place in Greenland to learn about Inuit culture and heritage.

The Greenland National Museum for example has interesting artefacts and tons of information on Inuit history. The highlight of the museum is undoubtedly the immaculately preserved 500-year-old mummies. Nuuk Art Museum has also done a lot to showcase the works of Greenlandic artists, including an Art Walk around Nuuk, a route that strings together all the art pieces in the public spaces for those curious to see Nuuk through art.

A state-of-the-art cultural centre can also be found in Nuuk. The Katuaq centre is used for concerts, exhibitions, conferences, and as a cinema. Designed by Schmidt Hammer Lassen, the Northern-Lights-inspired building sports an undulating, backward-leaning screen facing onto Nuuk’s central urban space.

READ NOW
Bulgaria Travel: All You Need to Know 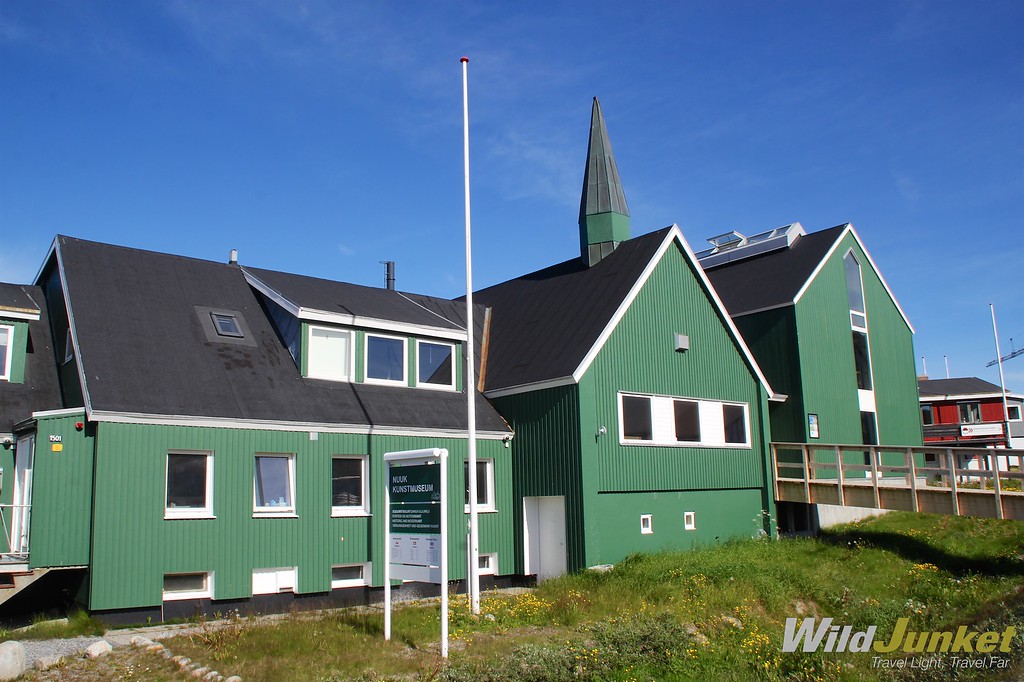 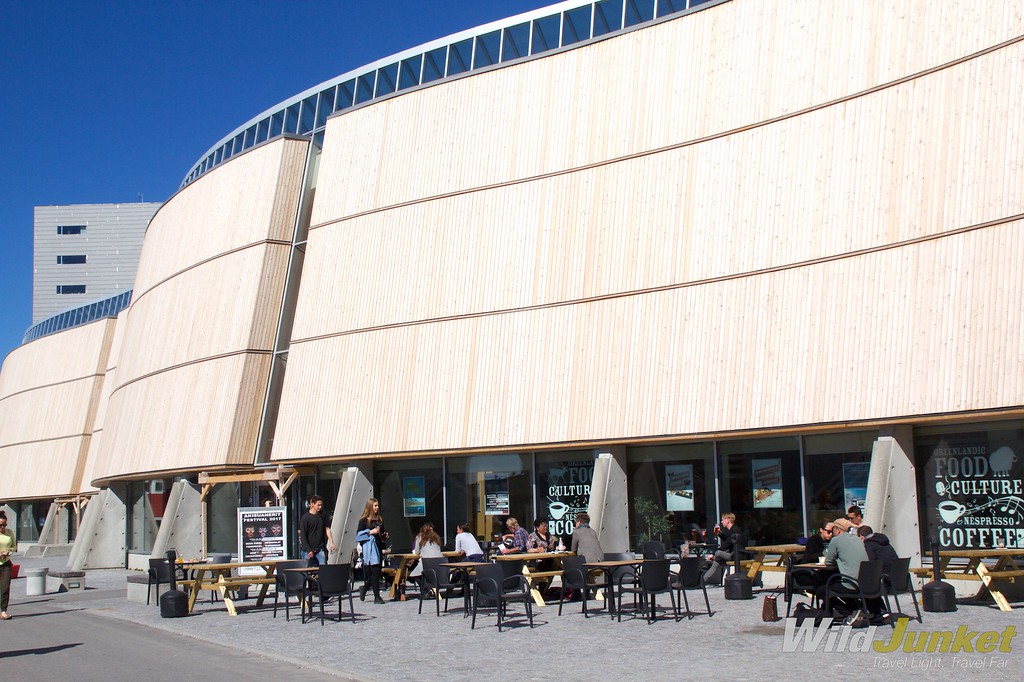 The colonial harbor is another interesting spot to learn about Danish colonialism in Greenland. It was the very spot where Hans Egede landed and settled in 1721. Today his house remains at the same spot where it was first built, right on the water front, alongside rows of other colourful Scandinavian high-roofed houses. Unfortunately, the house is not opened to the public as it is now used by the Greenland Government to host special events. Head up the mount where his statue stands for the best view in town.

Follow the shoreline from the colonial harbor, and you’ll find a quiet residential area called Myggedalen, also known as Mosquito Valley. This is a colourful neighbourhood set right on the waterfront; there isn’t much to see here in terms of tourist sites, but it’s definitely the most scenic spot in Nuuk. Climb up to the rock mount overlooking the fjords to get this iconic shot of Myggedalen and its signature houses. In summer, this is the best spot to catch the midnight sun set over the water surface. 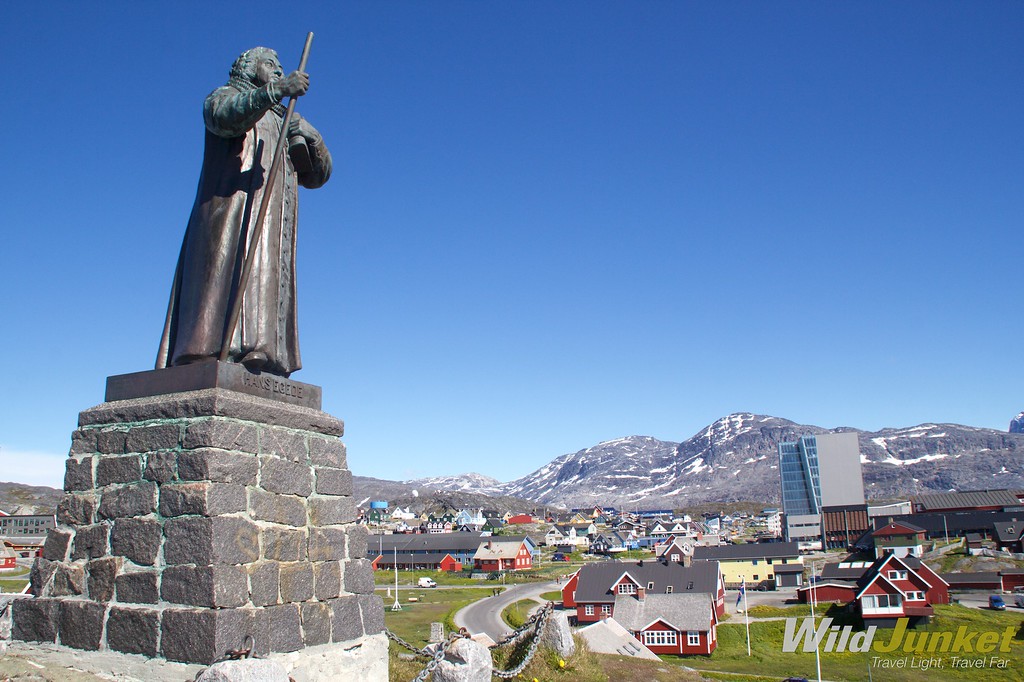 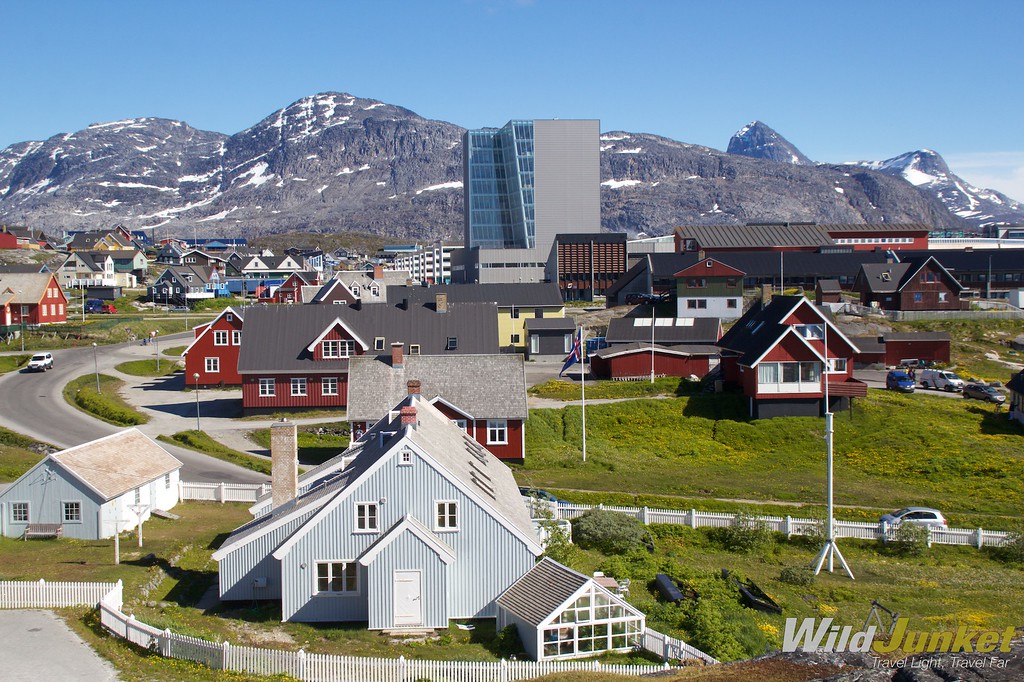 The best thing about traveling Nuuk is that you don’t have go far to explore Greenland’s wilderness. Hemmed in by mountains of different heights, the city is practically criss crossed by hiking trails and rolling hills. Its iconic landmark – Sermitsiaq mountain (1,210m) – can be climbed in three hours with a guide.

There are two easier hikes that make for perfect excursions from the city. Lille Malene (420m) and Store Malene (790m) are both mountain peaks that can be climbed in under two hours, from the back of Nuuk’s airport. You can also hike the Paradise Valley, which lies between the two mountains. The open and rugged landscape is scattered with boulders and crossed with streams of clear, drinkable water. 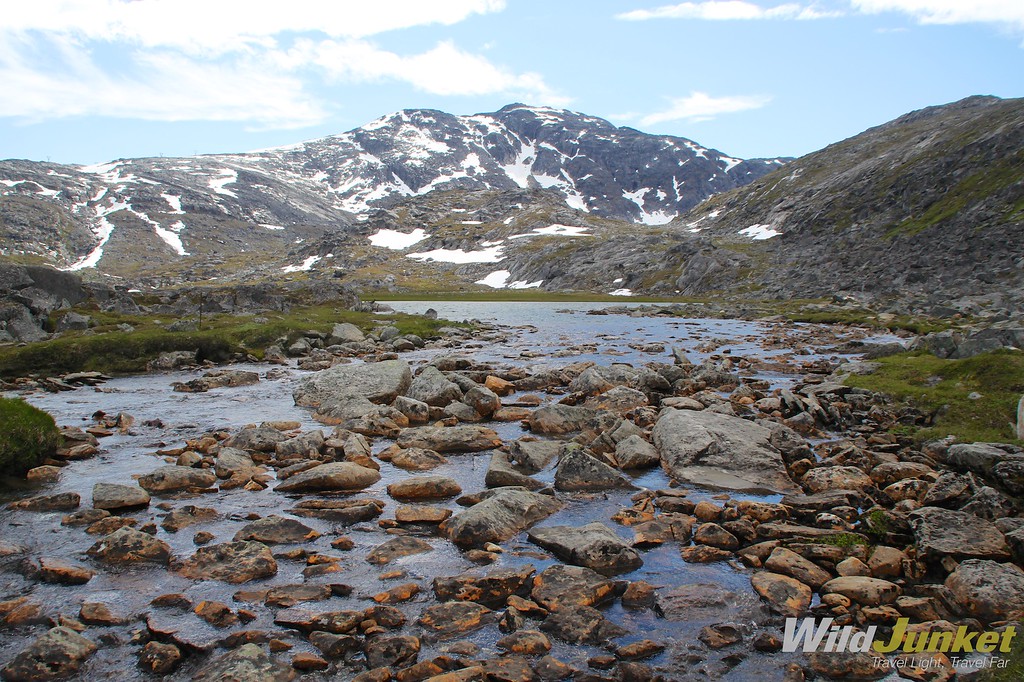 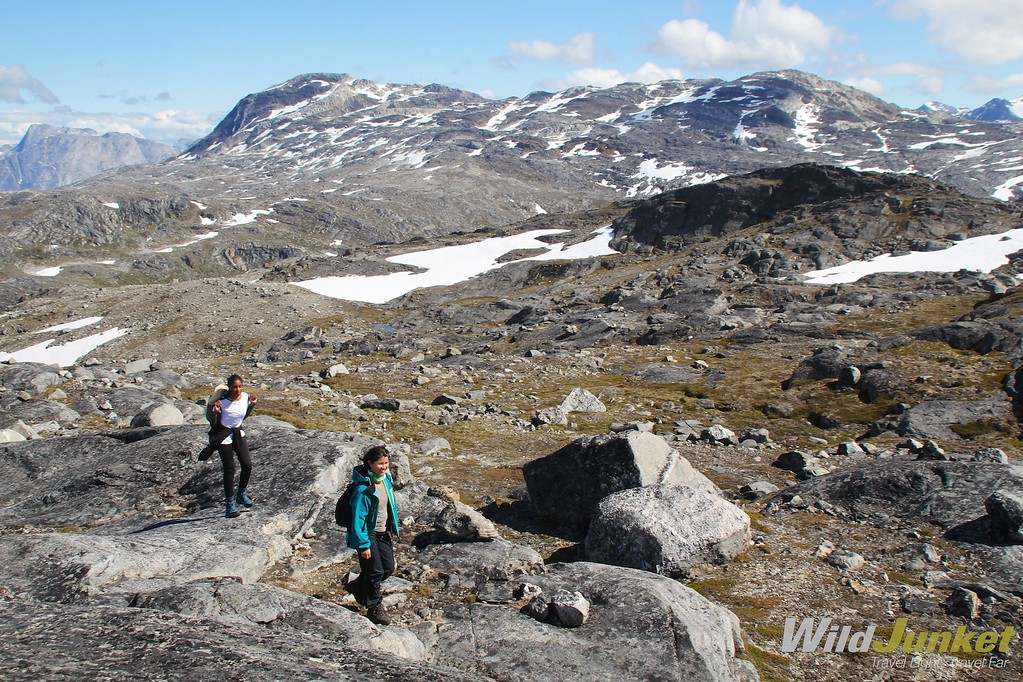 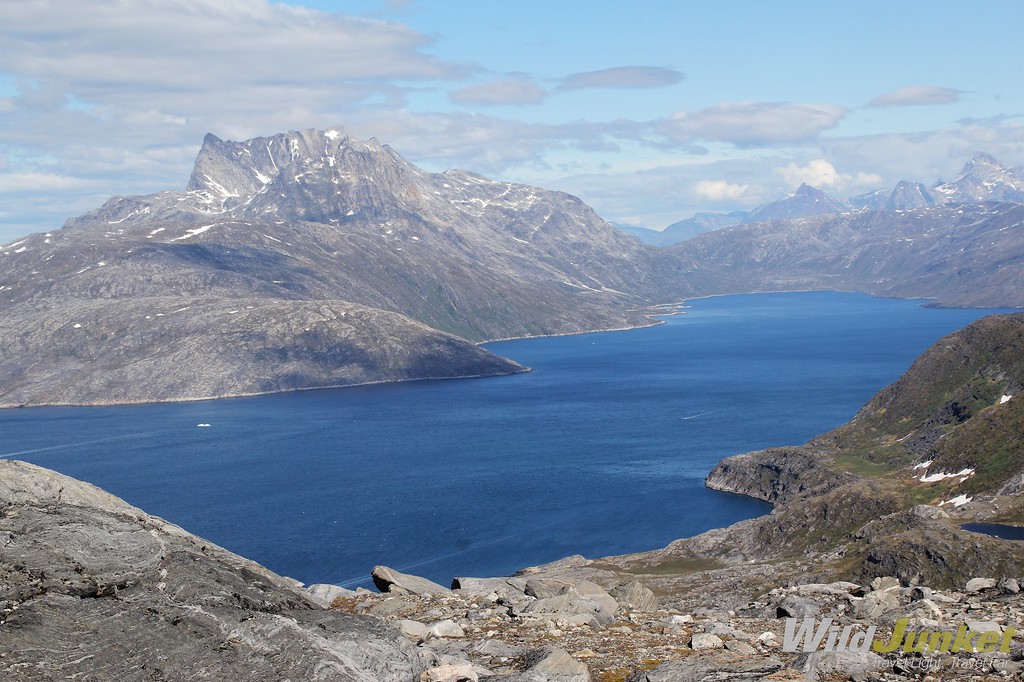 As water is the only connection among settlements in Greenland, boats are the Greenlanders’ favorite form of transport. In summer, the most popular thing to do for locals in Nuuk is to sail into the surrounding fjords, go fishing, hunting and spend time in nature.

Nuuk’s fjord system is the biggest in the world, and it covers an area of almost 2000 square kilometers. There’s so much to see, you’ll probably need a lifetime to experience everything in the fjord system. Book a boat trip with Arctic Boat Charter and skipper/owner Erik Palo Jacobsen will be sure to show you the best the fjords has to offer: from icebergs to whales and even gold (on his gold digging excursions). On our boat trip, I tried deep sea fishing for the first time in my life and caught three fish at one go!

The highlight of any trip into the Nuuk fjord system is the ice fjord. Flanked by two massive glaciers that tumble down from the Greenland ice cap, the ice fjord is usually packed with icebergs all year round. We were surrounded by icebergs of different shapes and sizes, in every shade of blue you can imagine: from indigo to light spearmint, cyan to sky blue.

Only 10% of an iceberg appears above water, so you can imagine what lies beneath the surface. Just like the icebergs, my trip to Nuuk barely scratched the surface of Greenland. But I can’t wait to dive deep and explore more of the Arctic kingdom. 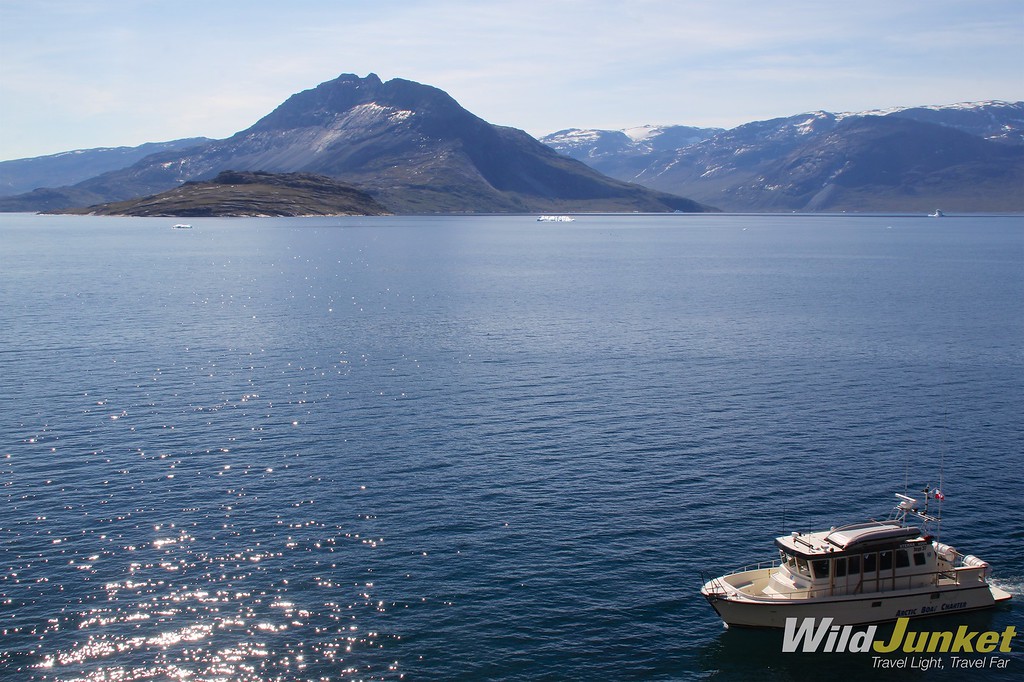 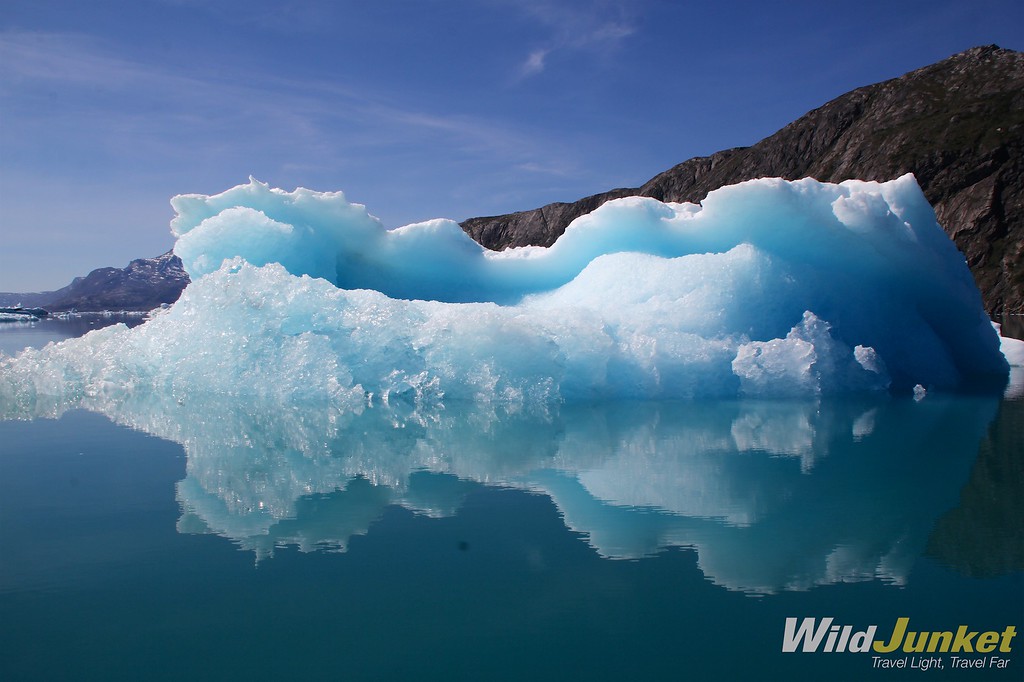 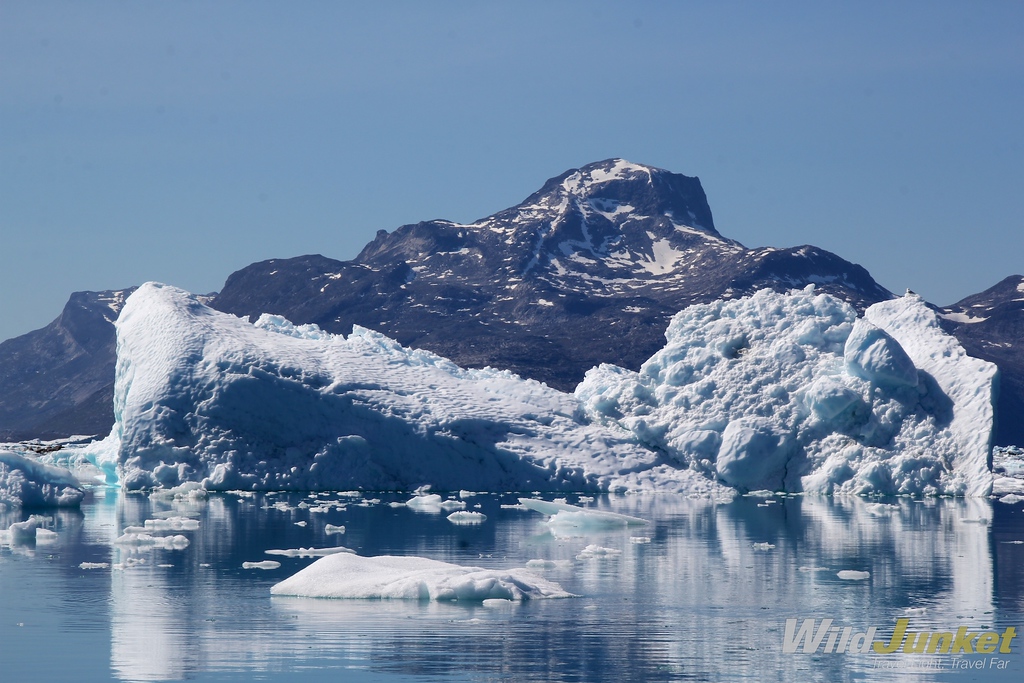 I will be writing all about Nuuk in details over the next few weeks, but in the meantime, here is a collection of my best photos from the city, to show you its colorful architecture and whimsical character. 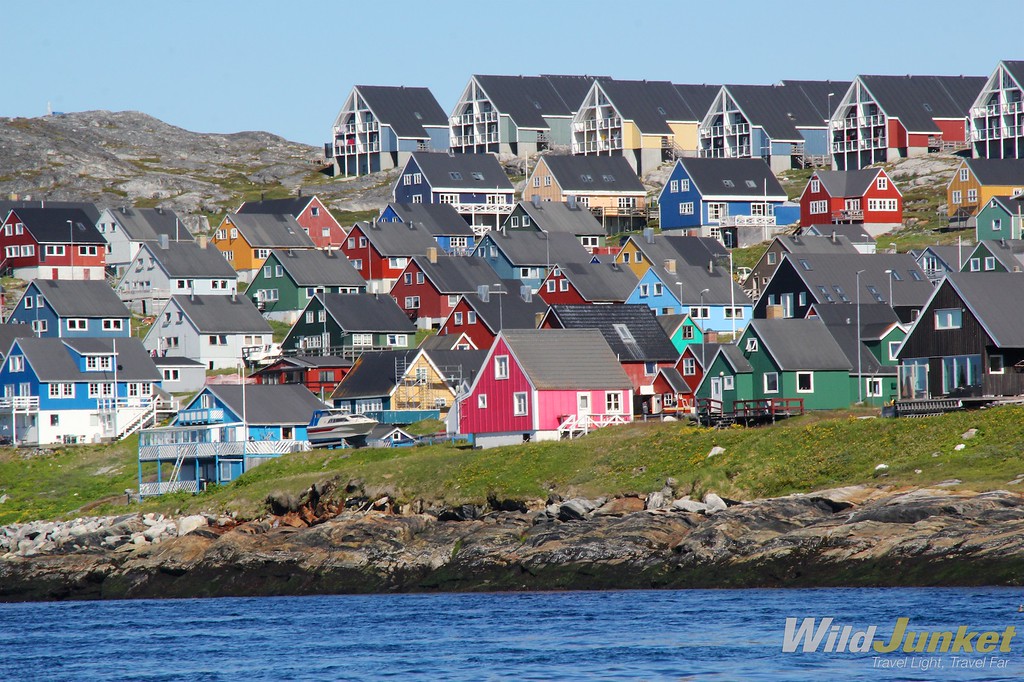 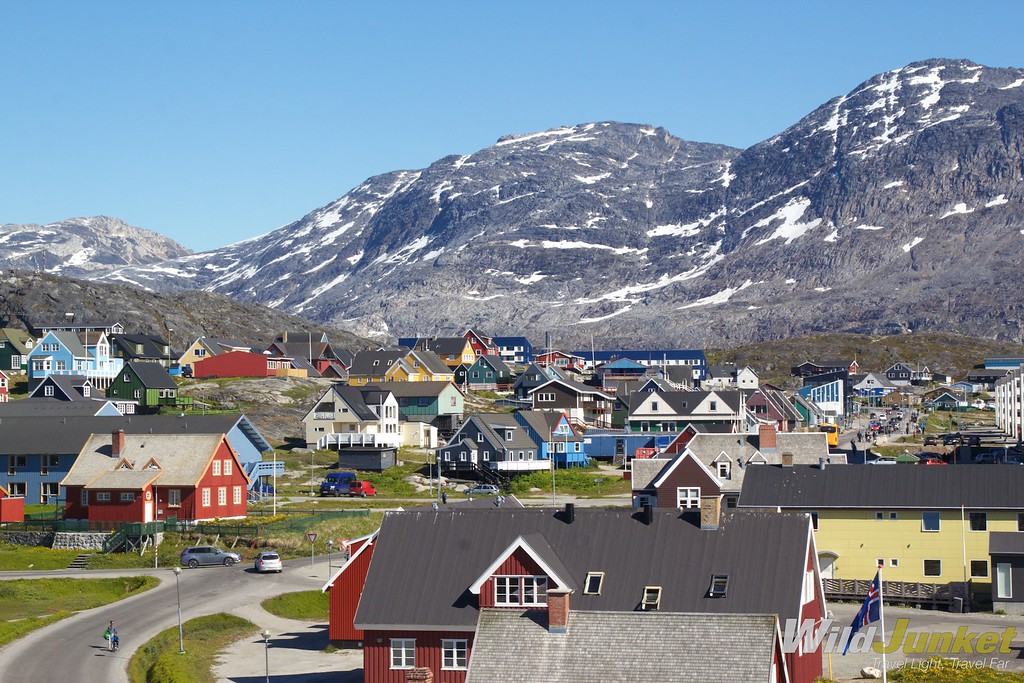 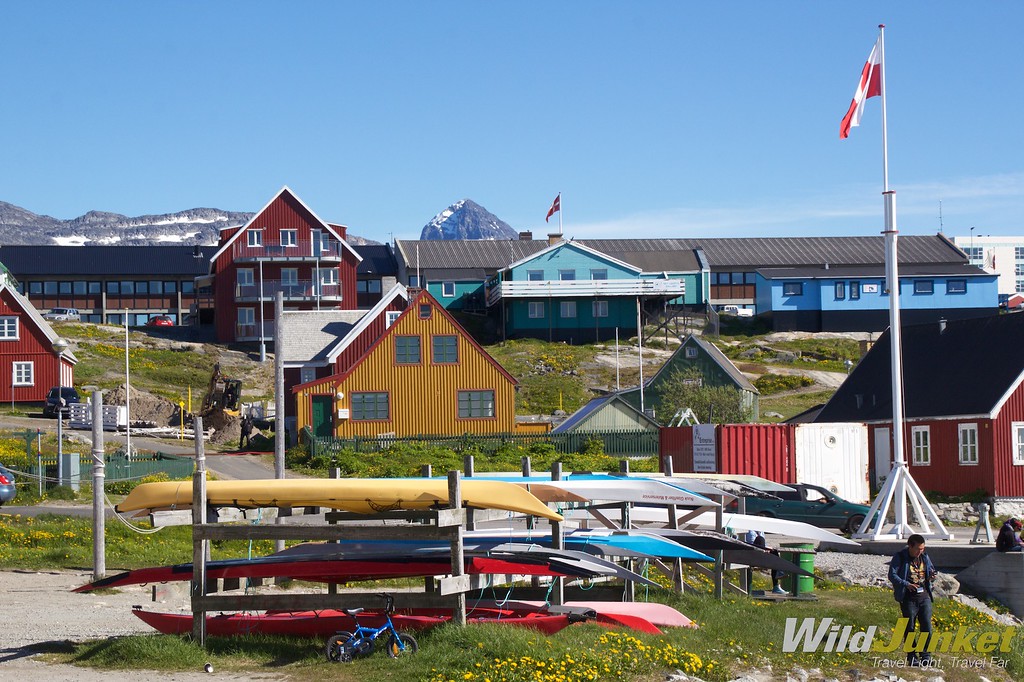 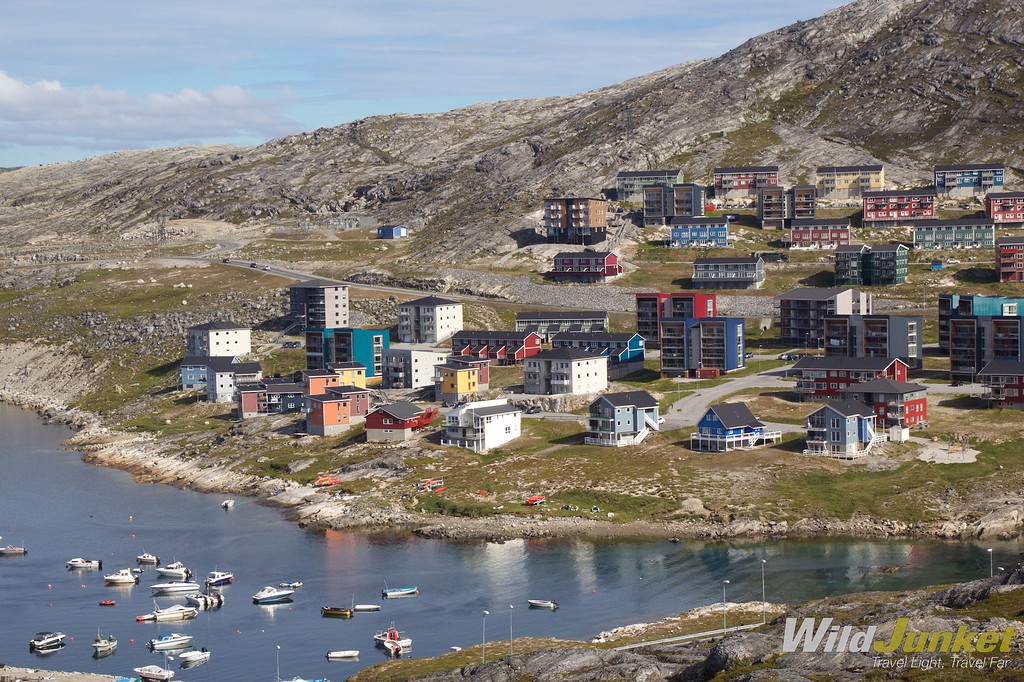 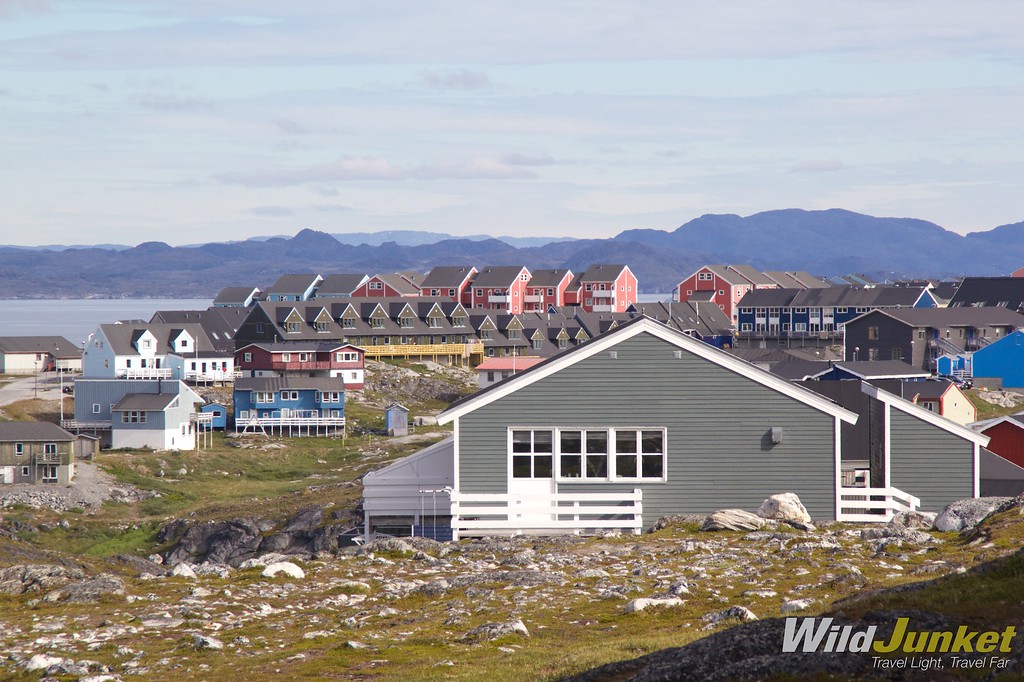 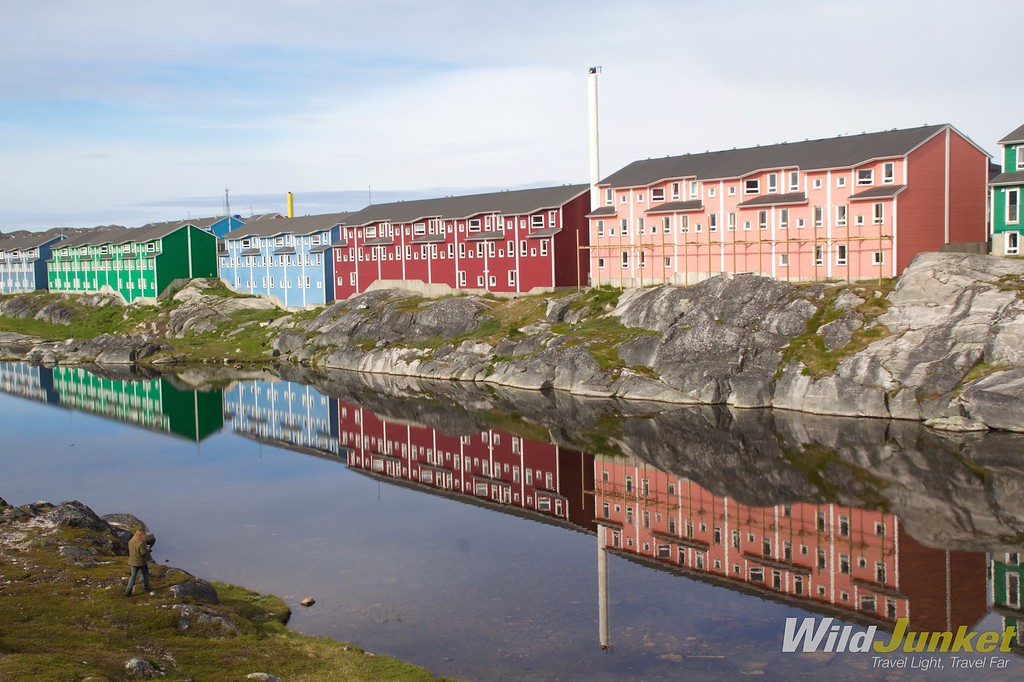 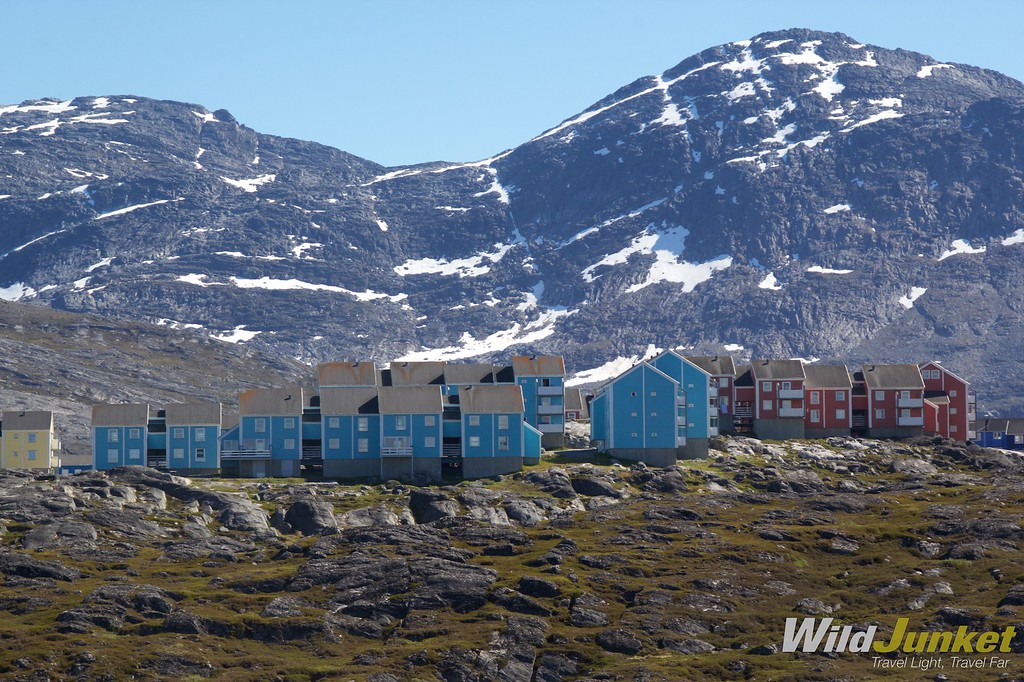 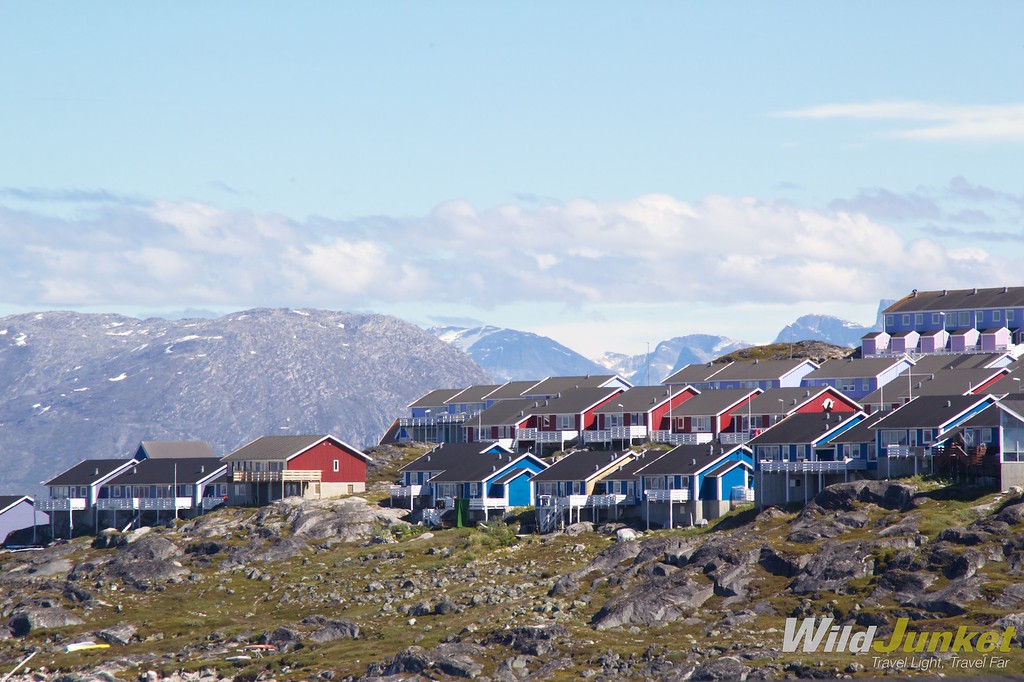 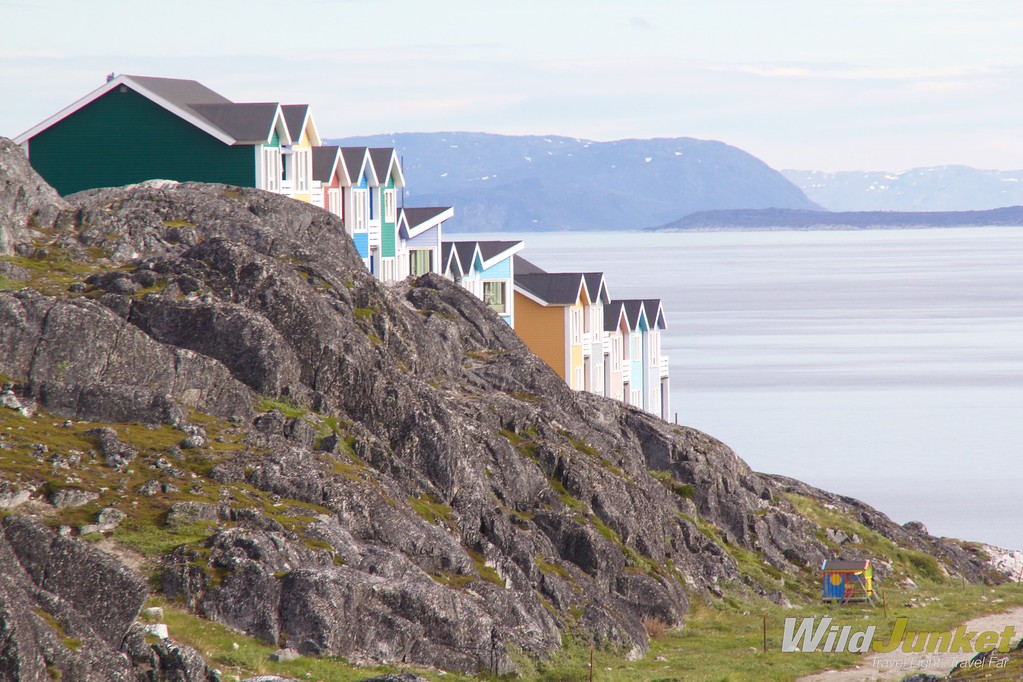 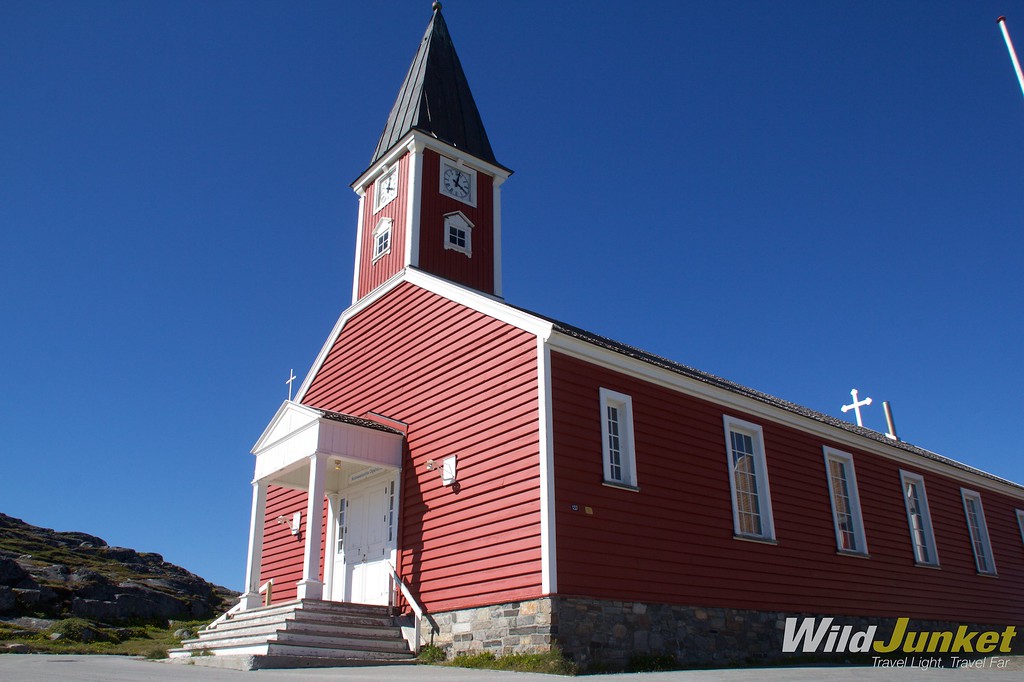 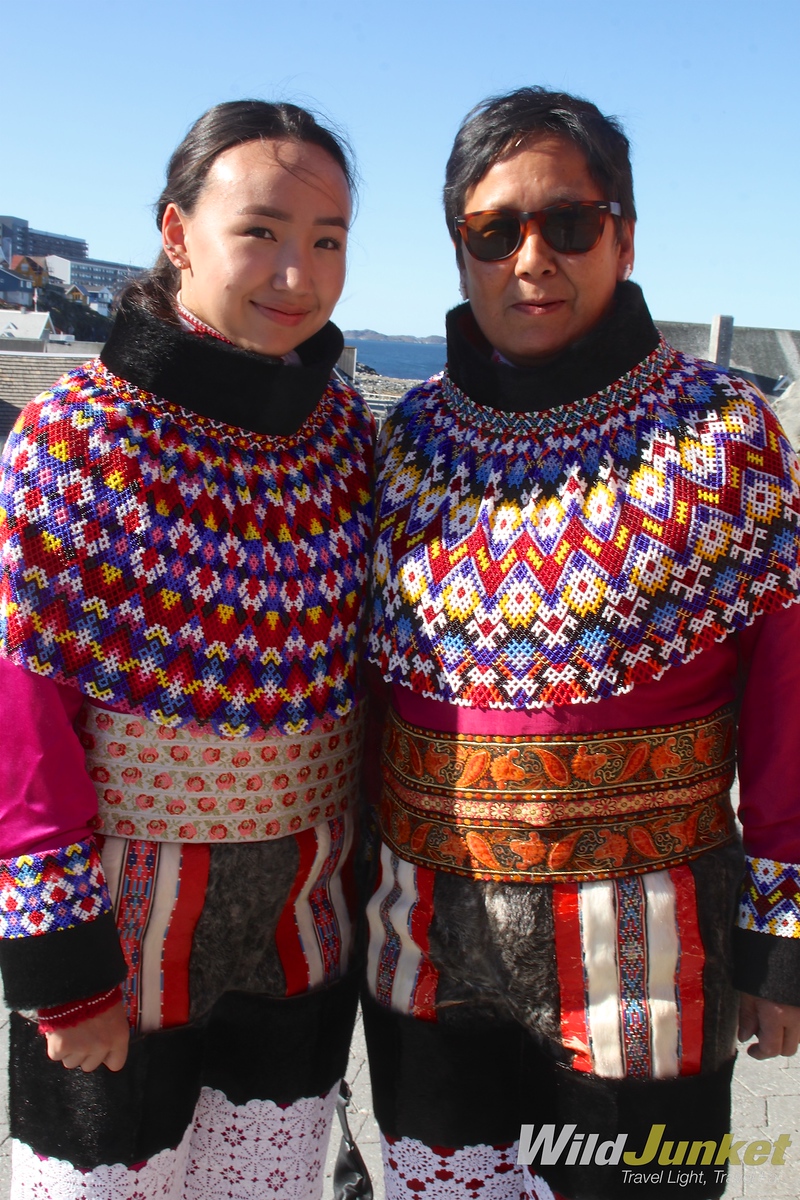 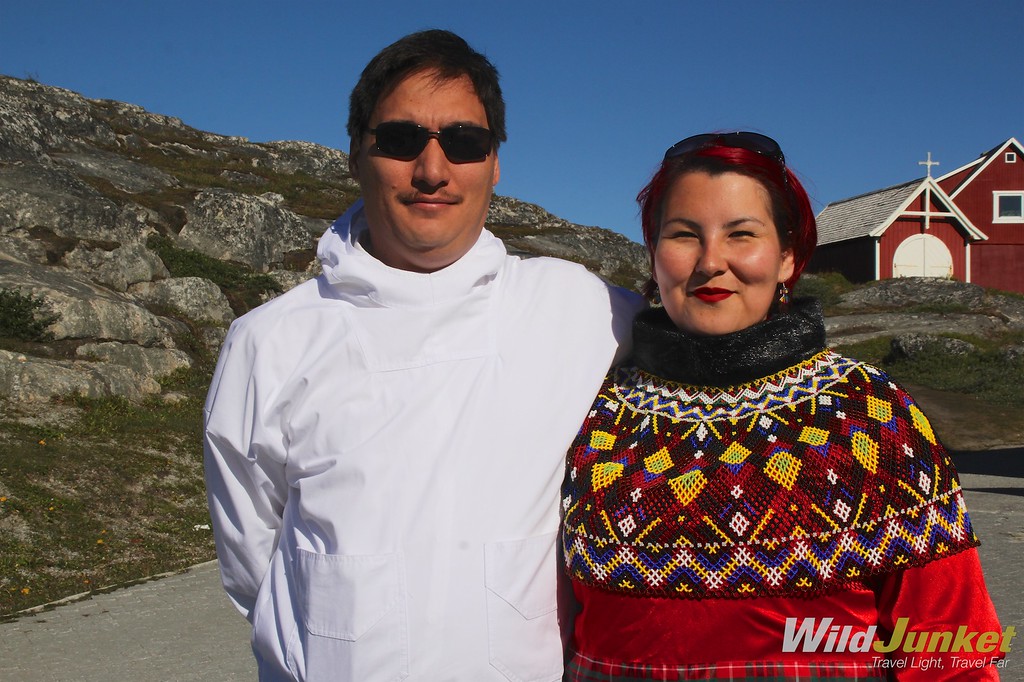 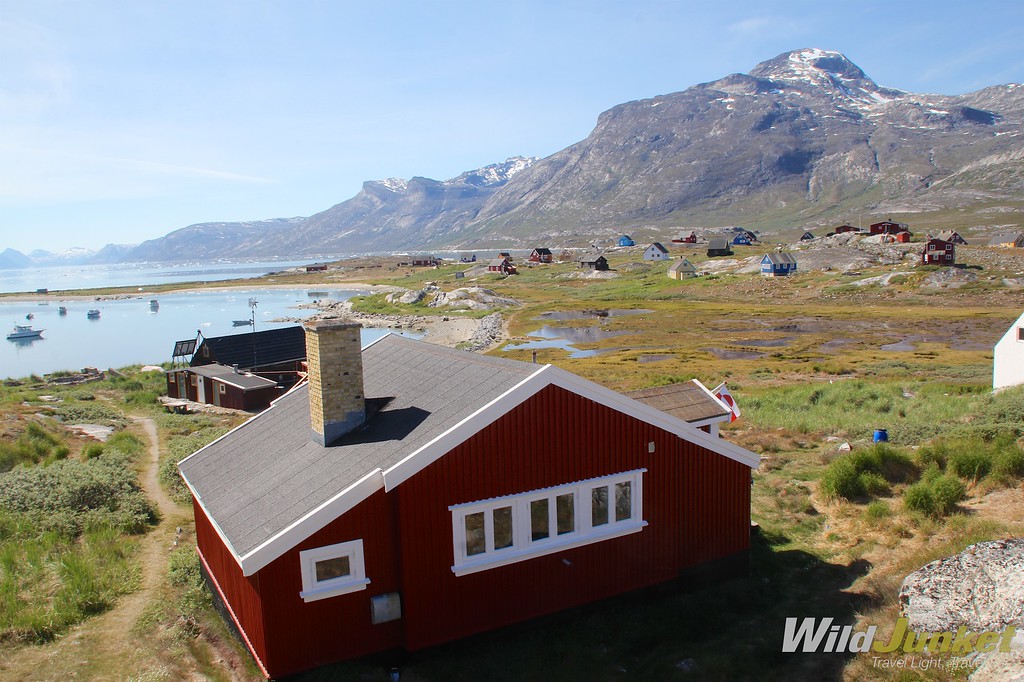 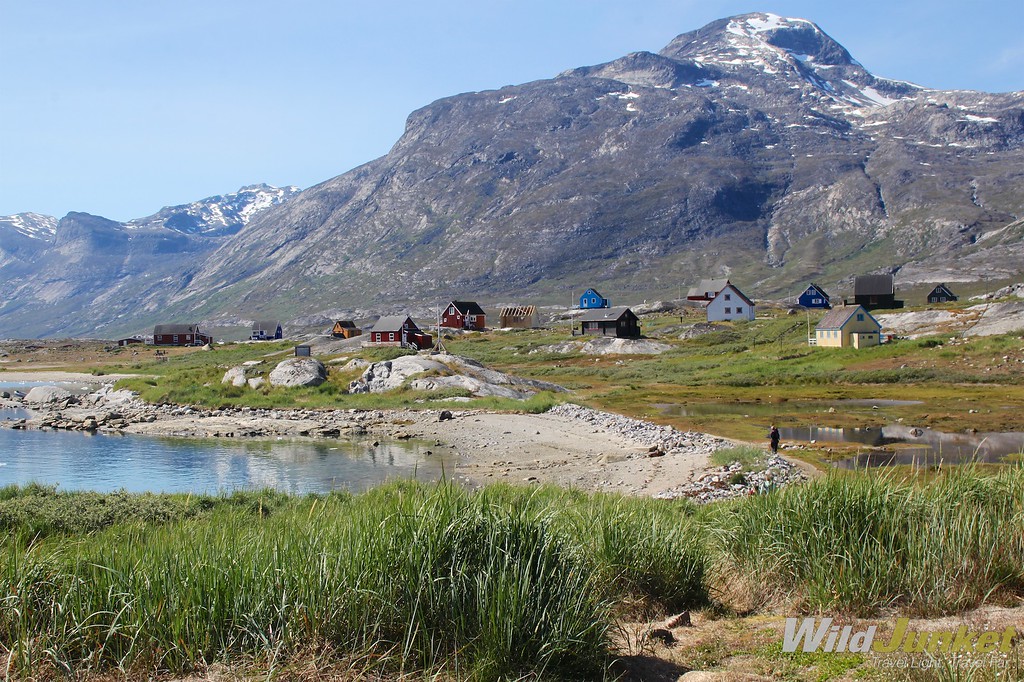 Disclaimer: This trip was made possible by Visit Greenland, but all opinions expressed above are my own.