Here’s a guest post from my friend and talented writer Marco Ferrarese, a Penang-based travel writer and book author. He’s an expert when it comes to offbeat destinations for adventurous couples. Today he shares some of them with us here. 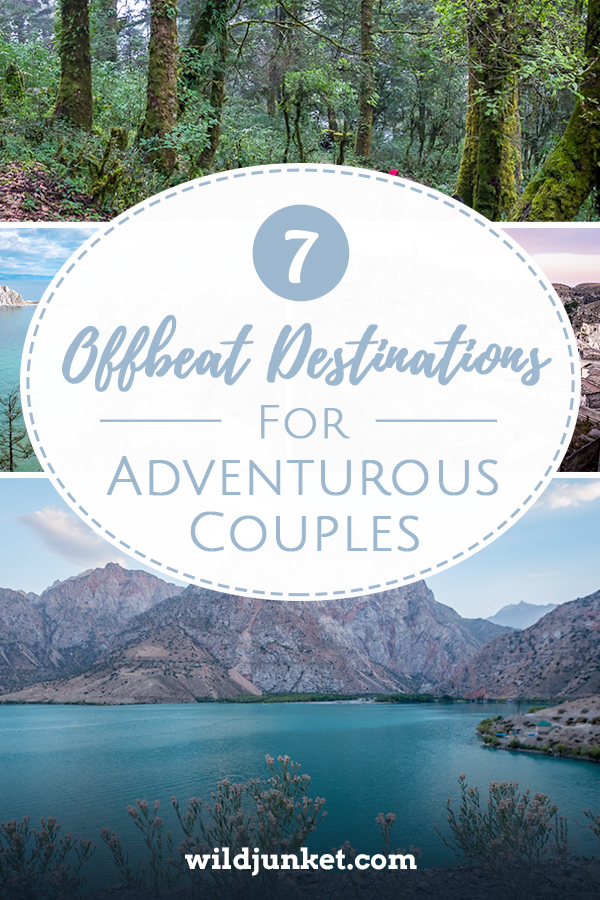 When I married my Malaysian wife Kit Yeng, I knew that part of that decision spurred from the fact we had been traveling together for the previous nine years. Not only did we visit most countries in Asia, where we are based, but we also overlanded from Asia to Europe without taking any flights twice. All the experiences and challenges we faced together on those adventurous trips not only strengthened our relationship, but also helped us focus on becoming the widely published travel writer and photographer couple we are today.

Ten years later, we are still together in Penang, Malaysia, from where we jump at any chance of traveling to new places, and transform our experiences in the stories we publish in some of the world’s leading travel publications.

This article presents a list of places where we truly had some very special moments together. Adventure-loving or not, we are sure that any couple will come home from one of these this trips with a better understanding of their significant others. Trust us: if life’s a trip, adding  love to the mix makes the jaunt all the more worthwhile.

Largely unknown to the many tourists flocking to famous treks Annapurna and Everest Base Camp, the Indigenous People’s Trail is a short, low-altitude trail in the less visited region of Ramechhap, only three hours by bus from Kathmandu. It’s a small but profoundly multi-ethnic highland region shared by Newar, Maji fishermen and Lama tribes. Launched in 2011 in a bet to start tourism in the region, the Indigenous People’s Trail was hit hard during Nepal’s 2015 earthquake, and has languished, forgotten by both tourists and local travel bodies, ever since.

As a result, today the villages and monasteries along this route have basic facilities, poor signage, and limited road access; but the people are hospitable and willing to help travelers finding the way. After ascending quickly to the Sacred Rock on the top of 3000mt-high Sailung Peak, it’s a slow descent through forest and meadows, past the destroyed Raj Veer monastery, the idyllic villages of Surke and Doramba, and down to the foothills until the village of Lubughat, on the Koshi river, from where you’ll find transport back to Kathmandu. The one week to eight days you’ll spend walking these 80km is a particularly good time for bonding, having long conversations, and making sure your significant other knows he’s the reason you are making it to the end of the trail together. 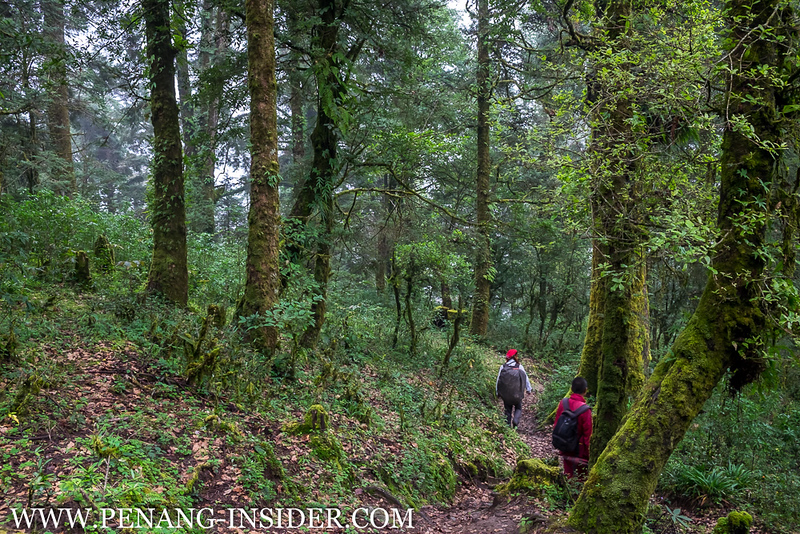 This rugged island is a quick side trip from Irkutsk, one of the Trans Siberian Railway’s most coveted stops. Olkhon island, a barren yet picturesque strip of land, floats not far from a bend of Baikal lake, the world’s biggest freshwater reserve. Take a minivan from Irkutsk central bus station and reach the Olkhon ferry in less than two hours. Russian vans, the *marshrutkas*, deposit new arrivals in the main town of Khuzir, a sandy one horse town whose main traveler guest house, Nikita, has fairy-tale wooden turrets and traditional Siberian homes.

Given its size, exploring the island at large requires joining a jeep tour. Otherwise, the main beach to the right of the atmospheric cove dominated by Shaman Rock is long and great for lonesome walks. Sunsets are heavy with purple tones that pull your shadows away from your feet as you have rarely seen before, and Baikal’s water is as crystalline as it is biting cold for a swim. In Olkhon, you experience a slower version of time, and the best thing you can do is kick back, and enjoy it together. You could even brave the freezing temperatures, even in summer, by pitching a tent, free of charge , anywhere on the shore. 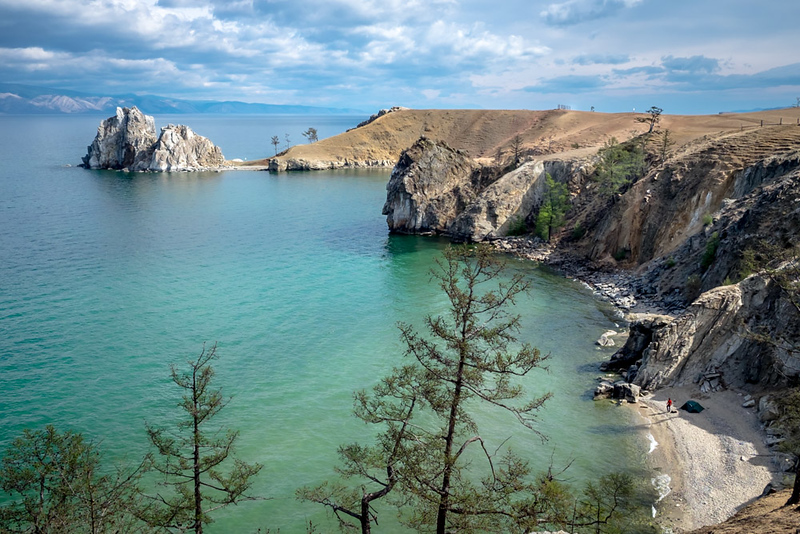 The setting of Mel Gibson’s 2004 blockbuster “The Passion of the Christ” sees far fewer visitors than its rough and charming “sassi” (stone houses) deserve. Carved into connecting levels from the rocks and caves found in a small canyon in  southern Italy’s Basilicata, Matera’s labyrinthine alleys are hard to forget. When they are lit-up at night, right after sunset, they make for a very romantic place to explore with your partner.

“Ristorantes” dishing up hearty Italian food sit next to “botteghe” (local shops) selling anything from fresh produce to souvenirs, and Matera’s jolly yet quiet atmosphere makes it a pleasure to stroll at night. The main road, lined with impressive churches and buildings, is a good place to stop for a gelato to reward yourself after all the walking on the stone steps. This may sound like a less adventurous suggestion compared to those above, but it’s the European city we found more enthralling, as it is so special in its own unique history. 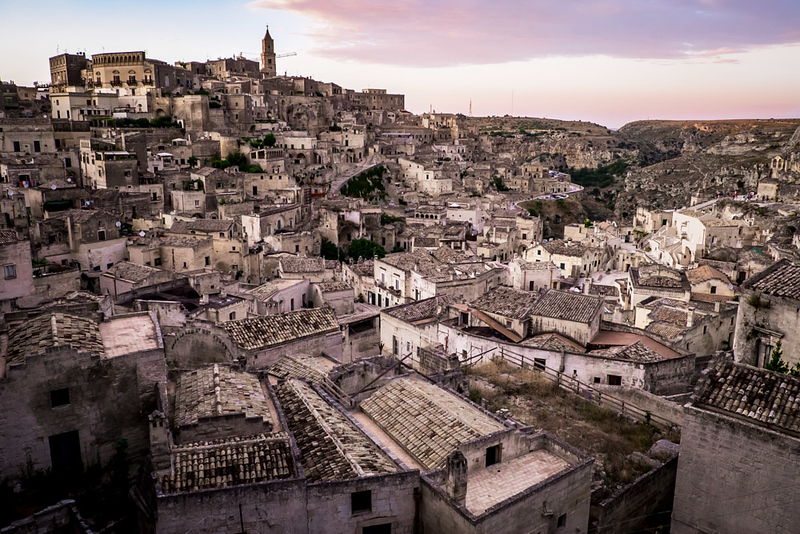 We stumbled upon this place almost by chance when hitchhiking in Iran as a couple and were blown away. Don’t make the big mistake of missing the sand dunes near this small village, 105km southeast of Esfahan. Standing long and proud at the far side of the main road, they are easy enough to access, and offer a real desert experience in an otherwise rocky land. Legend has it that angry gods poured the golden sands upon an old city of sinners, a theory that resonates well with the tools found buried here in the sand.

Strangely enough, about 40km away from the dunes, the Gavkhouni wetland and its salt lake attract a large number of migratory birds… giving even more weight to the legend. In the surrounding countryside, farmers have taught bulls to work the mill when they start sing, and catching a “performance” is very interesting. Varzaneh itself is a wonderful stone and brick maze of back lanes that open before an old traditional bridge, running its ten finely carved arches over the quiet river Zayanderud. End your stroll at the Jamee Mosque and at the village’s traditional round brick pigeon house.

If staying here a day longer, one can take a day trip 12km away to to ghostly 1000-year old, mud-brick Ghoortan citadel, which has only four resident families left. There are a few guest houses in the village, making Varzaneh an ideal place to stop while traveling east through the desert to Bam, or retracing your way north via Esfahan. 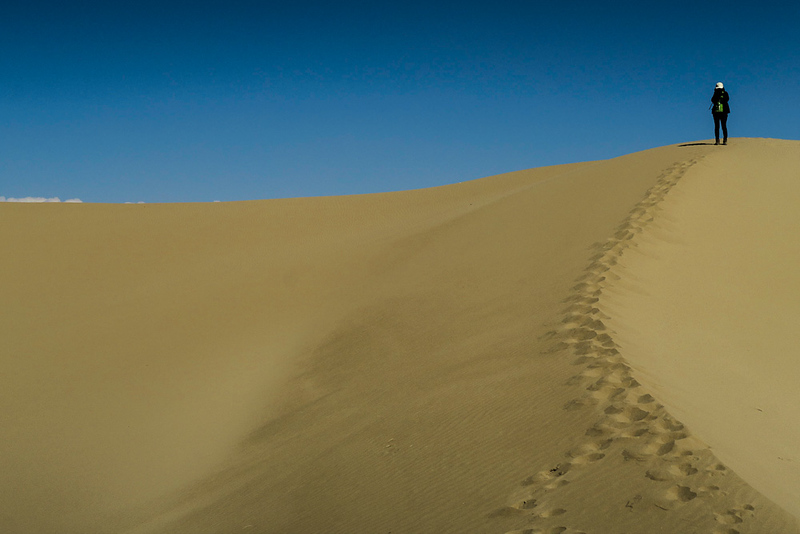 5. The Seven Lakes in the Fann Mountains, Tajikistan

We love hiking as a way to connect with locals and with each other, and this easy trek in central Tajikistan is still one of our favorites. It’s scenic, rugged and yet not too taxing on the knees: the main attraction here are the seven turquoise lakes that shimmer among the ash-gray, placid Fann mountains all around. This is also remote Tajik heartland, inhabited by friendly Muslims who conduct a rural life of farming and cattle rearing, and have opened their homes as rest houses to travelers. The trek takes about 8 hours to complete from its unofficial starting point, the village of Rachnapollon; but you may want to take it easier and spend a couple of days here.

The Seventh lake, nestled on a grassy meadow between pointy mountains, is a good and safe place to set up camp if you feel like enjoying the nature. And like anywhere else in these Central Asian mountains, star-lit nights are something to remember. 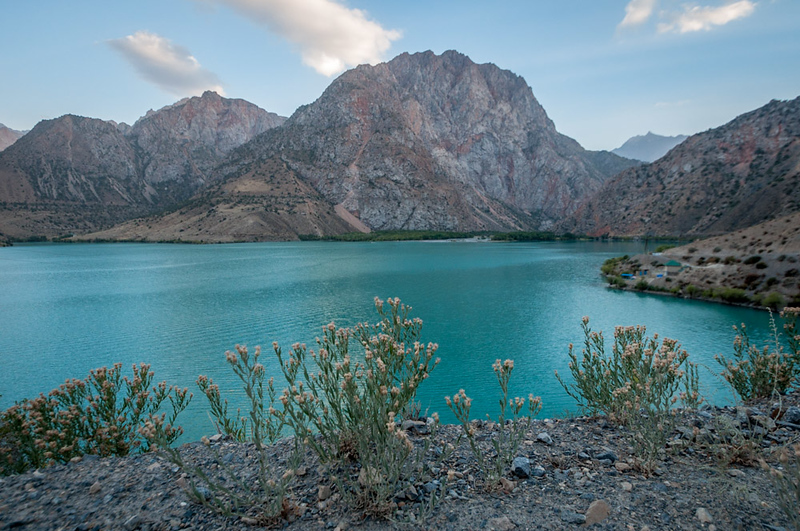 A Unesco Heritage Site about 60km away from Baku, the capital city of Azerbaijan, this cluster of boulders on a desolate hill hides a collection of about 600,000 very early petroglyphs that depicts primitive men hunting antelope and wild bulls, dancing women, and groups of humans riding boats. Besides their ancestral and possibly magical meaning, this is the largest and best preserved group of primitive rock art we have seen around the world.

And for one time, using 3D visuals and audio guides, the annexed museum down the hill does a very thorough job of preparing you to better understand your visit. Walking through the rocks, set on the edge of a slope overlooking the arid valley that’s also home to Azerbaijan’s biggest concentration of mud volcanoes, makes for an eerie and powerful moment. 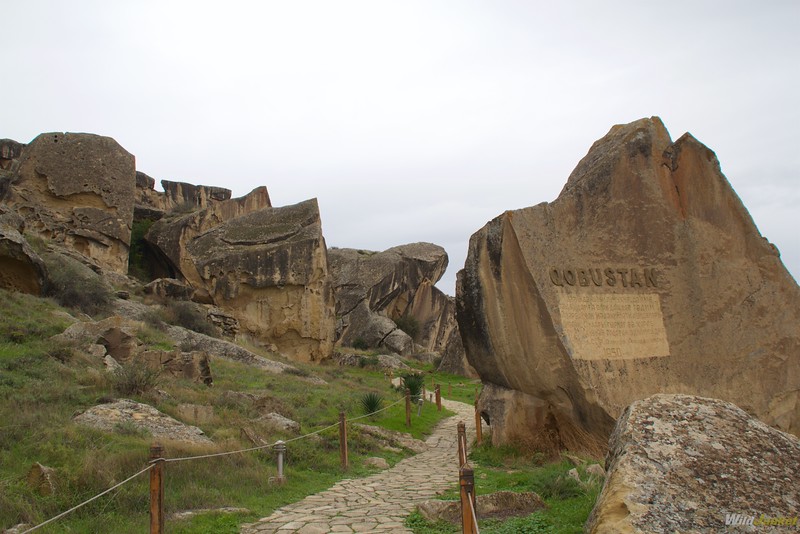 Trabzon is not the most obvious city break in Turkey, but we love this long and thin Black Sea city, sandwiched between steep mountains and the coast. It was one of those places that, without even expecting much from, really suprised us in terms of the hospitality of its locals, the tasty food, and fresh and plentiful fruit and vegetables.

The city centre has an old citadel to explore on foot, but the real little secret here is another Hagia Sophia: like its most famous sibling in Istanbul, this Greek Orthodox church was built by Pontiac Greeks and became a mosque when it was taken by the Ottomans in the 13th century. After being used as a cholera hospital and at last, a museum from 1964, it reverted back, without much controversy, to being a mosque in 2013.

A scenic drive inland from the city and the coast leads you to Sumela Monastery, which just re-opened to the public after several years under renovation. The impressive hanging monastery clings to the cliff-face of Mela mountain. Its gravity-defying position, together with ancient frescoes and rock churches, make for a good half day of exploration. 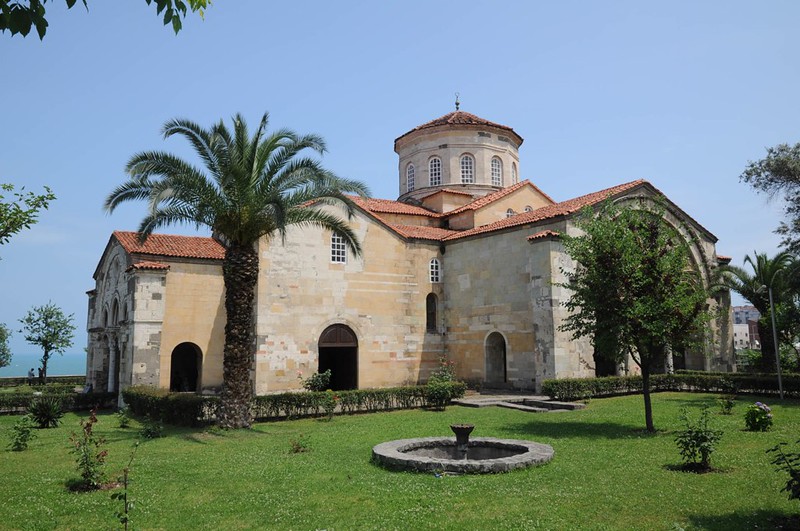 Marco Ferrareseis is a Penang-based travel writer and book author. He also shares his decade-worth Penang experience on www.penang-insider.com and runs an adventure travel blog for couples, www.monkeyrockworld.com. All photos above by Marco’s partner, Kit Yeng Chan.

About the Author: Marco Ferrarese

Marco Ferrareseis is a Penang-based travel writer and book author. He also shares his decade-worth Penang experience on www.penang-insider.com and runs an adventure travel blog for 30+ couples, www.monkeyrockworld.com.