Madagascar is one of my favorite countries in the world. Here are some interesting facts about Madagascar that you might not know!

Before coming to the Red Island, I knew nothing about Madagascar except for its quirky lemurs and chameleons (even that I’d learned from the animation movie Madagascar).

Remote and isolated, Madagascar is a hidden paradise little known to the outside world – making it all the more fascinating and alluring for me. I knew I had to get to Madagascar soon, before it gets discovered by mass tourism. We chose to honeymoon in Madagascar and I found myself falling head over heels for this unique island.

To tell this love story, I’m sharing with you these interesting facts about Madagascar first – perhaps then you’ll be in love with Madagascar too. 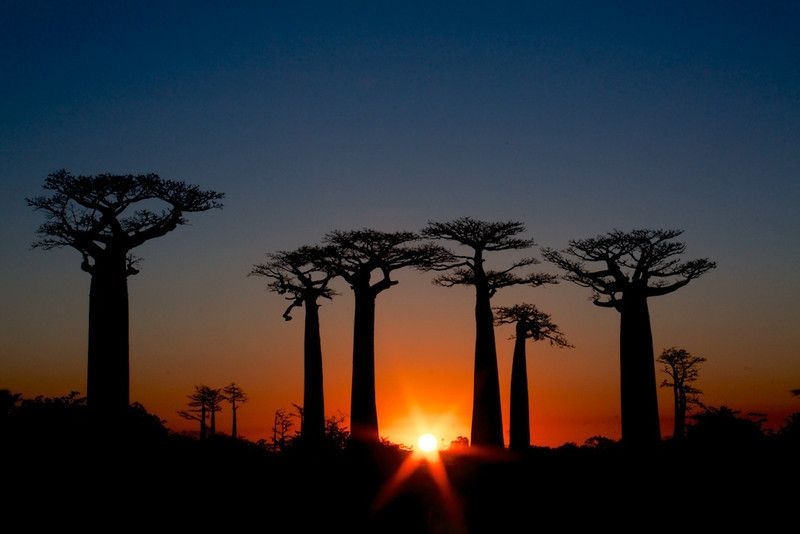 1. Madagascar isn’t a Disney film setting — it is a real country located in Africa.

Where is Madagascar? Located in the Indian Ocean, Madagascar is located 250 miles (400 km) off the east coast of mainland Africa. It is separated from the African coast by the Mozambique Channel.

Madagascar split from India 88 million years ago following its initial separation from Gondwana the supercontinent (which included Africa, South America, Antarctica, and Australia) approximately 165 million years ago. That separation has resulted in fauna and flora found nowhere else on the planet.

La Grand Île ranks fourth on the world’s biggest islands – after Greenland, Papua New Guinea and Borneo. Plunked in the Indian Ocean, it measures over 1,600km on its longest axis and 570km along its widest points. It coastline stretches over 5,000km of wide beaches and coral reefs.

With such a massive land area, Madagascar features very diverse and distinctive terrains and habitats: ranging from volcanic mountain chains (highest peak at 2,876m), central highlands to the humid rainforests in the east, dry sandstone cliffs in the west and bizarre karst forests in the north.

3. Madagascar is home to 70 species of lemurs found nowhere else on Earth.

Having been isolated from the African continent 165 millions years ago, Madagascar’s bizarre wildlife have been evolving ever since. Today, there are over 70 species and sub-species of lemurs in Madagascar, while 16 have been wiped out since human’s arrival. Here is a full list of lemur species. The newest species of lemurs was discovered as recent as 1985. 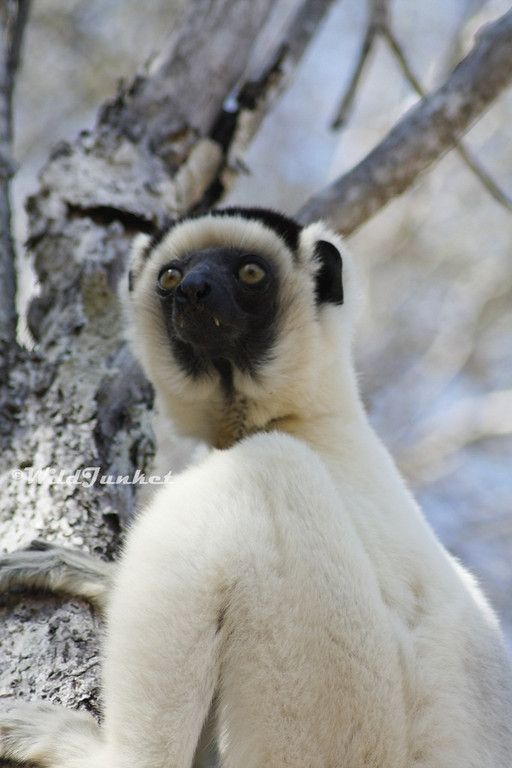 4. More than 50% of the world’s chameleon population is found on Madagascar.

There are also over 346 species of reptiles found nowhere else besides Madagascar – including the world’s biggest chameleons (Parson’s chameleon) and smallest (dwarf chameleon of Brookesia).

There are around 150 species of chameleons in the world, and more than half of them can be found in Madagascar. An impressive 59 of them are endemic to Madagascar (i.e. not found anywhere else).

5. The biodiversity hotspot has over 10,000 endemic species of plants.

Plant life is as equally impressive here: More than 10,000 native species of plants have been identified, of which around 90% are endemic and only found in the country. However, many are critically endangered.

The most unique and famous plant found in Madagascar is the baobab tree, bottle-shaped trees that seemingly have their roots in the air. The baobab grows up to hundreds of years and are considered sacred by local people. The octopus trees are another commonly found plant in Madagascar, growing in the spiny forests in the south west corner of the country.

6. Deforestation is a severe problem in Madagascar.

Madagascar is said to have lost 80 or 90% of its ‘original’ forests from pre-historic times, but that cannot be proven.  What is certain is that the arrival of humans on Madagascar 2000+ years ago began a process of fire, logging and grazing that has reduced their plant life.

These days, the primary causes of large-scale deforestation include slash-and-burn for agricultural land (a practice known locally as tavy), selective logging for construction material, and forest clearing for mining. It is a serious problem that is threatening the survival of Madagascar’s endemic flora and fauna.

7. The Malagasies have have closer roots to Southeast Asians than Africans.

Although Madagascar is separated from mainland Africa by the narrow Mozambique Channel, it is a world away. Its people, the Malagasies, are descended from Indo-Malayan seafarers who’d arrived here on the Indian Ocean trade route over 2,000 years ago.

Even today, their cultural similarity to Southeast Asians is obvious: their staple food is rice (they eat it at least 3 times a day) and their language traces back to Asian roots. When talking to a Malagasy, be sure to remember that they do not like to be referred to as Africans, they are simply Malagasy people.

Because of the continuing bond with France that resulted from former colonial rule, the island also developed political, economic, and cultural links with the French-speaking countries of West Africa.

8. Madagascar was a French colony.

Madagascar was given its name by Marco Polo, who was the first European to report its existence. Although the Portuguese arrived next in the 1500s, it was the French who colonized the island and declared French the official language. In the 1890s, the French set out to suppress the Malagasy language and all British influence.

Madagascar finally gained its independence in 1960 although the French influence can still be observed from its cuisine (common to find pastries and baguettes all over the country) and architecture, especially in Antsirabe. While most people in the city speak French, you’ll find it hard to get by in the countryside with any other language besides Malagasy.

9. Most Malagasies are animists – they believe in their ancestors, taboo and magic.

Although the predominant religion in Madagascar is Christianity (introduced by missionaries), most of them still believe strongly in the magic powers of their ancestors. Even modern, urban Malagasies regard the deceased relatives as part of the family.

Many of them bury the dead in coffins placed high up in caves and on the cliffs (to bring them closer to ancestors in heaven). During the ‘turning of the bones’ ceremonies, you can see families dancing with the dead relatives and taking photos with their bodies.

10. Madagascar is one of the poorest countries in the world.

With an annual GDP per capita of €652, Madagascar has been constantly ranked one of the poorest countries in the world. After its independence from the French, it struggled under the leadership of one incompetent government after another. A series of civil unrest and political chaos ensued.

When ex-yogurt peddler Marc Ravalomanana took over as the president in 2001 (introducing new currency, rules and reduced the country’s foreign debt by $20 billion), Madagascar’s future looked bright. Unfortunately, he’s been ousted from office and the country is sliding back into political chaos.

11. Madagascar does not enjoy tropical climate (at least not the whole of it).

Although the entire island of Madagascar lies in the tropics, not all of the isle experiences warm, tropical climate. As  it’s so large, it experiences different climates simultaneously. In winter (May to October), it can get rather cold in the central highlands, with temperatures as low as 0degC around Antananarivo and Antsirabe.

But once you wind your way down to sea level in the west (Morondava, Ifaty, Isalo), it is usually hot and sunny all year round. The rainforest in the east often receives wet and overcast weather. During our one-month trip through Madagascar, we packed everything from thick winter wear to singlets and flipflops.

Traveling in Madagascar takes time. This is not only because it is a huge country, but also due to its underdeveloped and poorly maintained infrastructure. According to the World Bank Indicators, only 11% of the total roads (30,968 miles) are paved. Most of the roads we traveled on were either extremely bumpy or potholed and muddy.

During the rainy season, many of them are impassable, forming huge obstacles to travel. When we drove from Belo-sur-Tsiribihina to Tsingy de Bemahara, the 100km distance on an unpaved, bumpy road took over 4 hours to cover. Most car rental agencies only allow car hire along with a driver.

I hope these interesting facts on Madagascar have piqued your interest in visiting the country. Madagascar is such a fascinating island so rich in unique wildlife and culture, it’s definitely a great place to visit especially for those seeking something different.

Over the years (and traveling to 140+ countries), I’ve learned a thing or two about travel planning. I’ve put together this list of travel resources that I personally use to find the best deals and book travel! For more details, check out my travel tips resource page.