East Timor Travel Guide: What It’s Like to Travel Timor-Leste

For the curious traveler, here’s my East Timor travel guide with tips on how to navigate your way around Asia’s newest nation, Timor-Leste.

East Timor, or Timor-Leste as it is called now, is a country that is rarely under the tourist radar. It is after all the newest country in Asia, having gained full independence only in 2002.

I was first drawn  to Timor-Leste by its tumultuous history and odd mix of cultures (Portuguese meets Indonesian). The country was colonised by the Portuguese in the 16th century and remained under their ruling until 1975. Just days after it became independent, Indonesia invaded and terrorised the nation. An estimated 100,000 to 250,000 individuals are believed to have lost their lives during a campaign of pacification during this time. 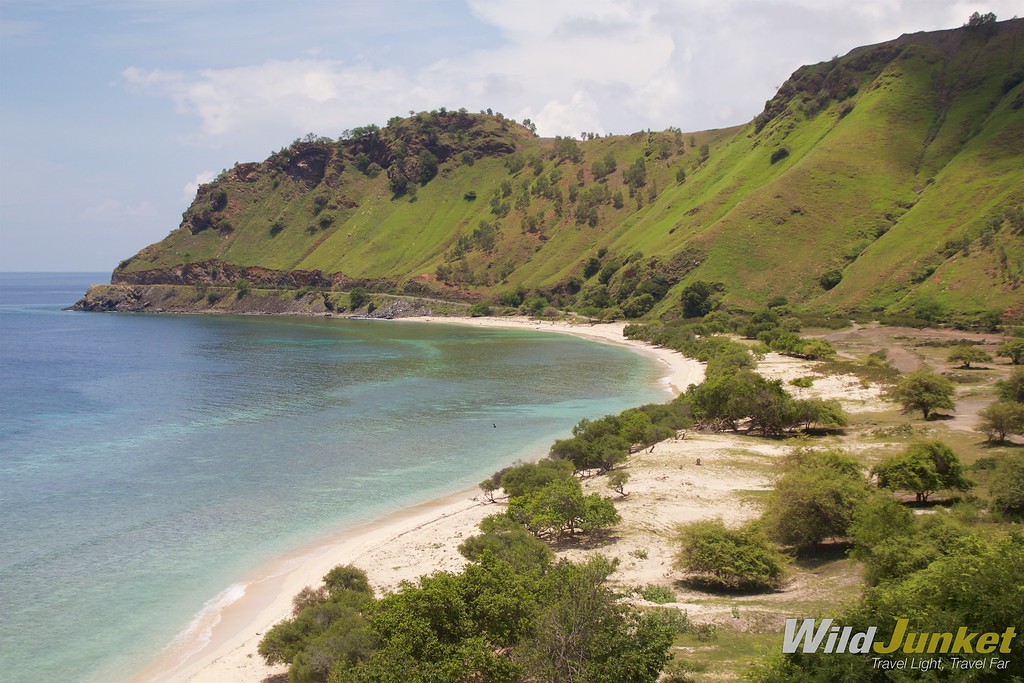 In 1999, the people of East Timor voted for independence from Indonesia, but gangs of independence opponents terrorised the population in a civil war that destroyed much of the country’s infrastructure. A United Nations peacekeeping force was then sent in to re-establish a civil society and reconstruct the nation. On 20 May 2002, East Timor was finally recognized as an independent state under the official name of the Democratic Republic of Timor-Leste. Today, UN troops have officially withdrawn, but Timor-Leste is still on its road to recovery.

Tourism is still in its infancy in East Timor, and there’s a limit to accommodation and attractions in the country. Traveling here is an adventure; you’ll be trailblazing your way through a truly unexplored part of the world. Most foreigners you see in East Timor are either here for business, diplomatic purpose or development work.

In general, Timor-Leste doesn’t quite feel like Southeast Asia — it reminds me more of the Pacific Islands. You need a real sense of adventure to truly explore the country as it can be challenging and roads are rough.

Is it Safe to Travel Timor-Leste?

The civil war and unrest ended in the early 2000s, after East Timor finally gained independence and the United Nations established a strong presence here. A decade has since passed and peace now reigns in this quiet, relatively laid-back island nation.

These days, there are very few demonstrations and violence, but you should still be careful about potential dangers. Foreigners or tourists have been the target for violence in East Timor in the past, so travelers should adhere to standard precautions as in any developing country.

Remember you are traveling in a poor country, and crimes such as assault and theft do occur. The key to avoid such crime is to apply common sense and reduce your exposure to possible opportunity crime. Avoid large gatherings (demonstrations have had the potential to escalate with little or no warning in the past) and try not to wander around alone at night. 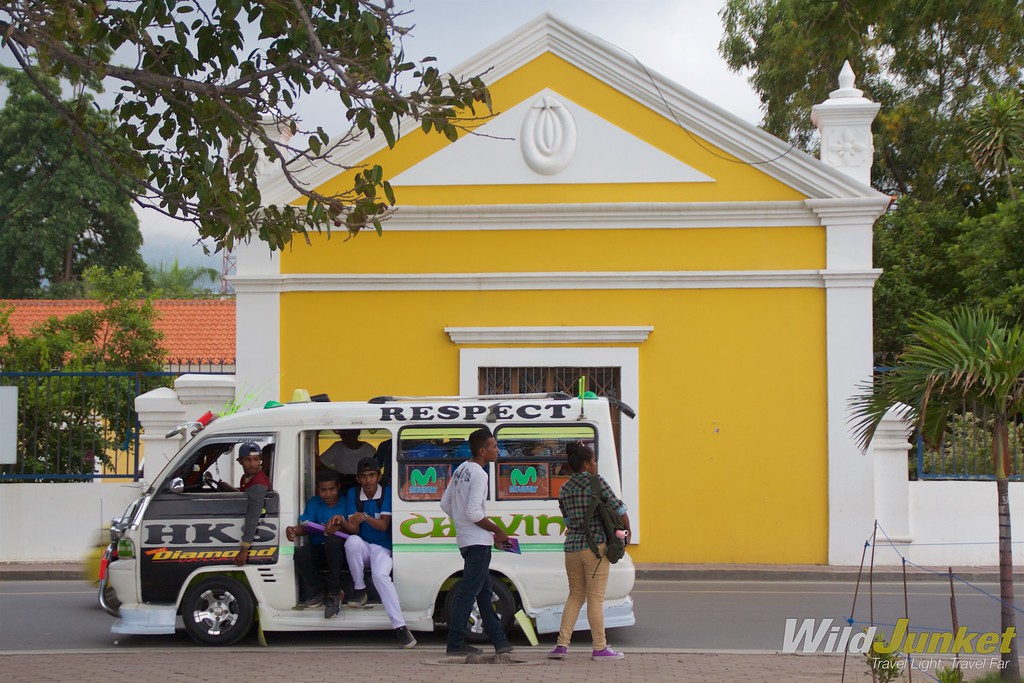 When to Travel East Timor

East Timor has a tropical climate, with temperatures around 26 to 32 degrees Celsius and extremely high humidity all year round. However, temperatures are far cooler in the high altitude areas, so remember to pack layers if you’re planning to go trekking or climbing Mount Mount Ramelau.

The rainy season runs from November to May, but even then it still gets extremely hot during the day. The rain can damage the roads in East Timor, making travel difficult to remote district areas during this time. Be sure to check if roads are passable just making your journey to remote areas. 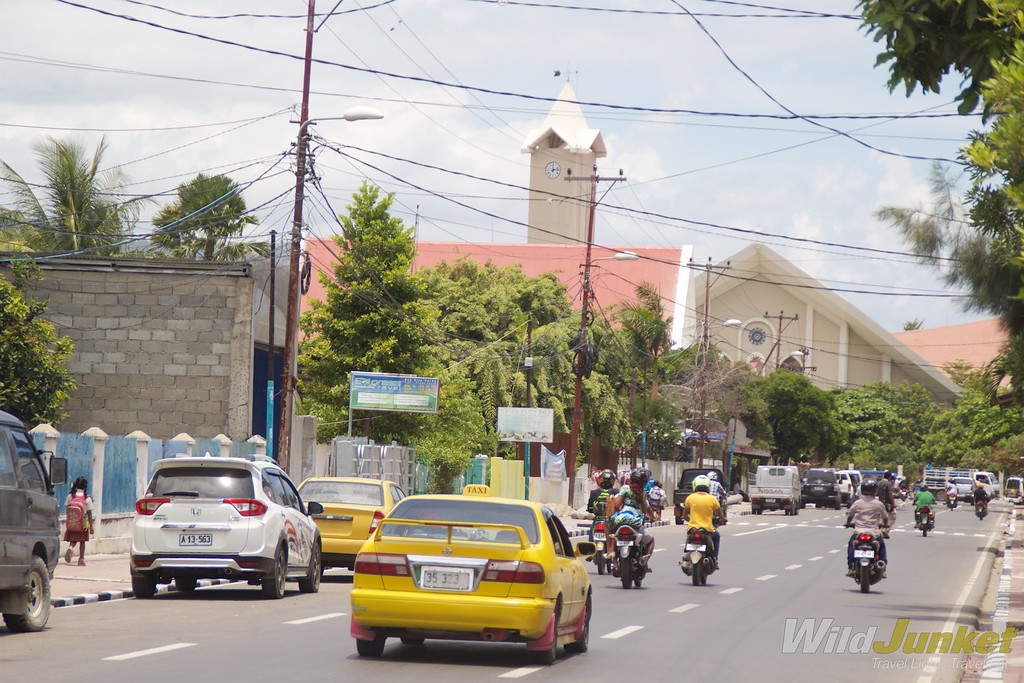 How to Get to East Timor

As a remote and relatively unexplored country, it is surprisingly easy and cheap to fly to East Timor. The cheapest way to get here is fly from Bali, Indonesia. A number of airlines fly to Dili from Bali, including Citilink and Sriwijaya Air. Our return flights from Bali to Dili cost around US$250 each.

There are also direct flights from Singapore to Dili, on Air Timor, as well as flights from Darwin, Australia on Airnorth.

Another way to enter East Timor is overland from Indonesia. The main land border crossing with Indonesia is at Mota’ain (or Motain), 115km west of Dili. The nearest Timorese town is Batugade, about 4km away from the border. The nearest Indonesian town from the border is Atambua.

Note that the land borders do not issue visas, so if you need a tourist visa to enter, you MUST arrange your visa into East Timor in advance. (Read paragraph below for more details).

It has become increasingly easy for visitors to travel East Timor. Many European nationals can enter East Timor visa-free for up to 90 days when traveling for tourism purpose. All other nationals can obtain a visa on arrival at the Presidente Nicolau Lobato International Airport or Dili Sea Port.

A single-entry visa valid for up to 30 days costs US$30. Transit visas are available for stays of less than 3 days for a fee of US$20. There are no ATM or credit card facilities at the airport, so you MUST prepare your visa fees in US Dollars cash in advance.

As mentioned, visa on arrival is not available at the land border, except for nationals of Indonesia. Those intending to pass through the land border must apply in advance for a Visa Application Authorization.

There is a Timorese Consulate in both Bali and Kupang (Indonesia) where you can purchase visas. 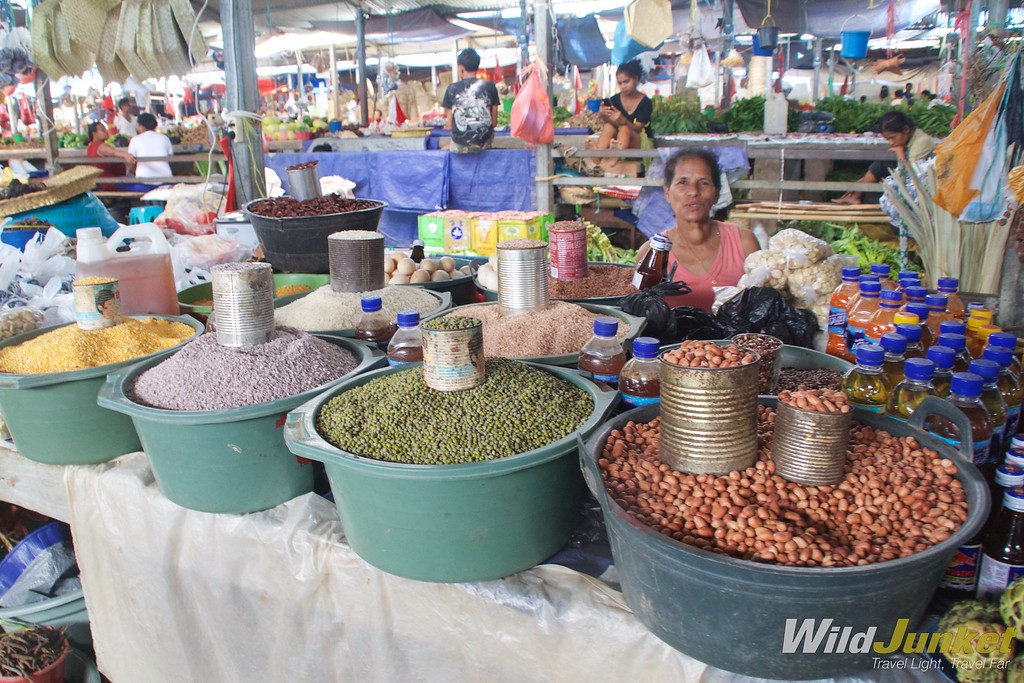 Getting Around East Timor

Road conditions in East Timor are notorious for being bad. If you’re heading out of Dili, the roads are windy and bumpy, and motion sickness is common. Traveling in a tiny mikrolet for hours, especially when it’s full, can be extremely uncomfortable.

Public buses connect main cities like Dili, Baucau, Maliana, Los Palos and Suai. Indonesian-style bemos (vans) and mikrolets (minibuses) – legacies from its 24-year rule – run from these cities to nearby villages.  Most of these departures take place very early in the morning and drivers have a tendency of doing keliling (Indonesian for “going round”) where they spend considerable time combing the streets and scouting for passengers before actually departing.

In Dili, you can hail a ride on a mikrolet for 25 cents to get around. The mikrolets are numbered, and each number goes on a set route. To get off, simply tap your coin on the metal handrail and the driver will stop for you. You pay the driver when you get off. 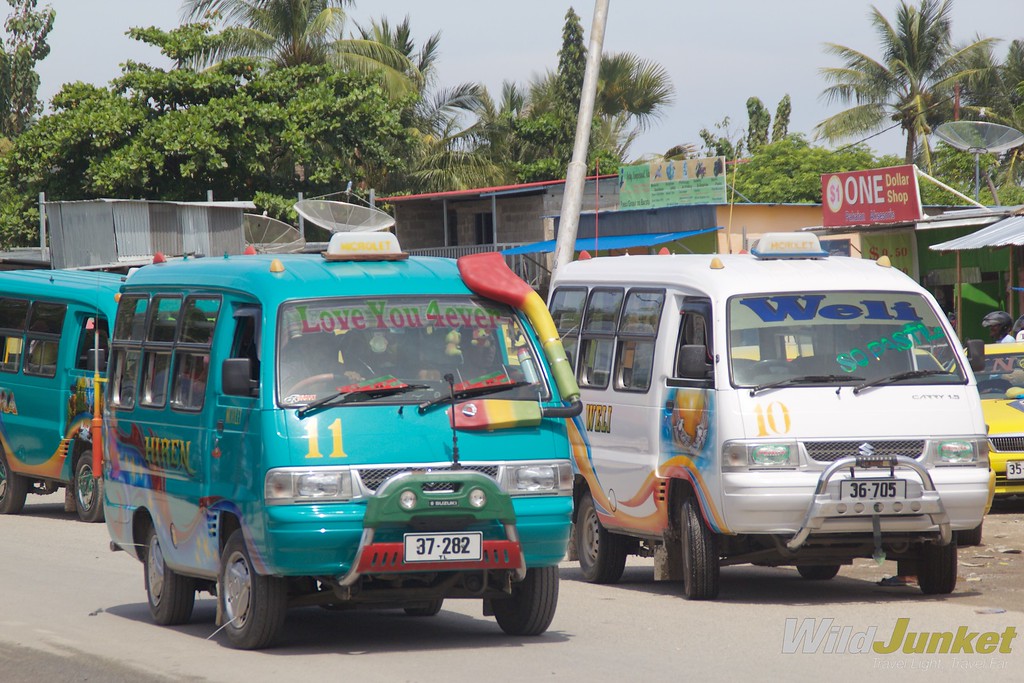 Where to Stay in East Timor

Hotels in East Timor are over-priced and standards are quite poor. Most budget hotels cost at least US$50 per night (for a double room) and they don’t offer quite as great value as those in neighbouring Indonesia. Unless you’re opting for a dorm bed in a backpackers’ hostel, prepare to shell out a fortune for your accommodation in East Timor.

Dili — Hotel Lecidere (US$50/night) may look shabby on the outside, its rooms are quite comfortable and it has an excellent location near the waterfront and several restaurants. We stayed here for five nights and it began to feel like home towards the end of our stay. Most standard bedrooms don’t have windows (only tiny ones in the bathrooms), so try to book a higher grade room. It’s also within walking distance from the central market and museums. Book here!

Dili — Hotel Timor (US$70/night) was our second choice. It’s one of the best hotels in Dili, located in the city centre and close to the beach. It’s definitely a lot more luxurious than Hotel Lecidere and we wished we had splurged on this instead. Book here!

Atauro Island — Atauro Dive Resort ($30/night) is the most casual and laid-back place to stay on Atauro; it’s an ecolodge set up by an Australian-Timorese couple with a strong passion for ethical tourism. Accommodation is in the form of wooden thatch-roofed huts but they’re relatively comfortable and located right on the seafront. Book here!

Maubisse — The Pousada de Maubisse ($50/night) is a famous lodge perched on a lookout just off the main road in Maubisse. The views here are beautiful; rooms are basic though.

Search for Hotels in East Timor

Timorese food is strongly influenced by Indonesian cuisine, with a staple diet of rice, curries and spices. Fried fish is a national dish, with prawns being considered a delicacy. Curries are a standard dish, with chicken curry topping the list as a favourite.

A significant numbers of foreigners living and working in East Timor has resulted in quite an impressive range of international restaurants around the capital of Dili. You’ll easily find Chinese, Italian, Japanese and Portuguese restaurants in the city.

Here are some of the restaurants we tried and enjoyed: 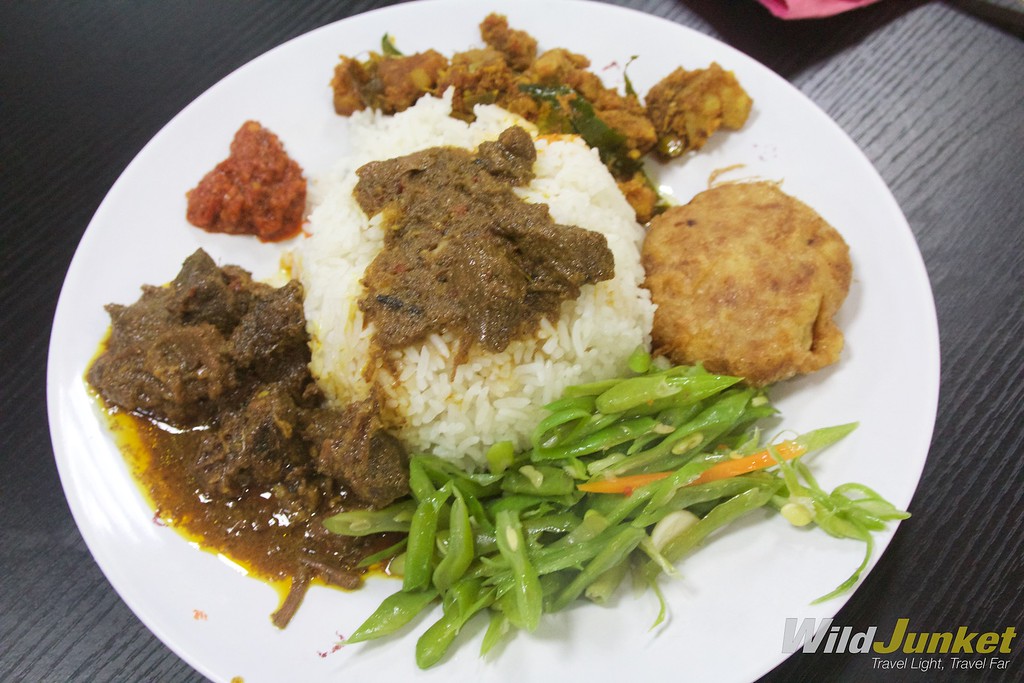 Cost of Travel in East Timor

East Timor can be shockingly expensive, especially if you’re coming from Indonesia. The US dollar ($) is the legal tender in East Timor — all transactions are in dollars. East Timor issues coins denominated in centavos and are not the same size as U.S coins, although U.S. coins are widely accepted.

In general, it IS possible to get around on a tight budget if you use local transport and eat at local places. A meal in a local eatery is around $1 to 2, and a ride in the mikrolet to get around the city costs just 25 cents each. Eating in a restaurant will set you back around US$7 -15 per person, and a taxi ride costs around $5 anywhere in the city.

Once you venture out of Dili, taxi fares can be pricey (at least $30) and private car hire is exorbitant. As roads are bad in East Timor, you’ll need to hire a 4WD to get anywhere and this costs at least $120 per day. Journeys are long in East Timor (it takes an hour to cover 30km on those roads), and it can be very uncomfortable and suffocating to cram into a mikrolet for a few hours. You’ll have to choose between forking out a lot of money or being uncomfortable for hours.

To get to nearby Atauro Island from Dili, the only affordable way is by Nakroma ferry ($4 per person) which leaves only on weekends. Otherwise, you’ll have to pay ridiculous prices like $45 per person to charter a speed boat (which takes an hour) or hire a local outrigger. The outrigger option is not advisable — even locals wouldn’t do it — as the sea can be quite rough and going on a small wooden boat for two hours can be dangerous.

Search for 4WD rental in Dili 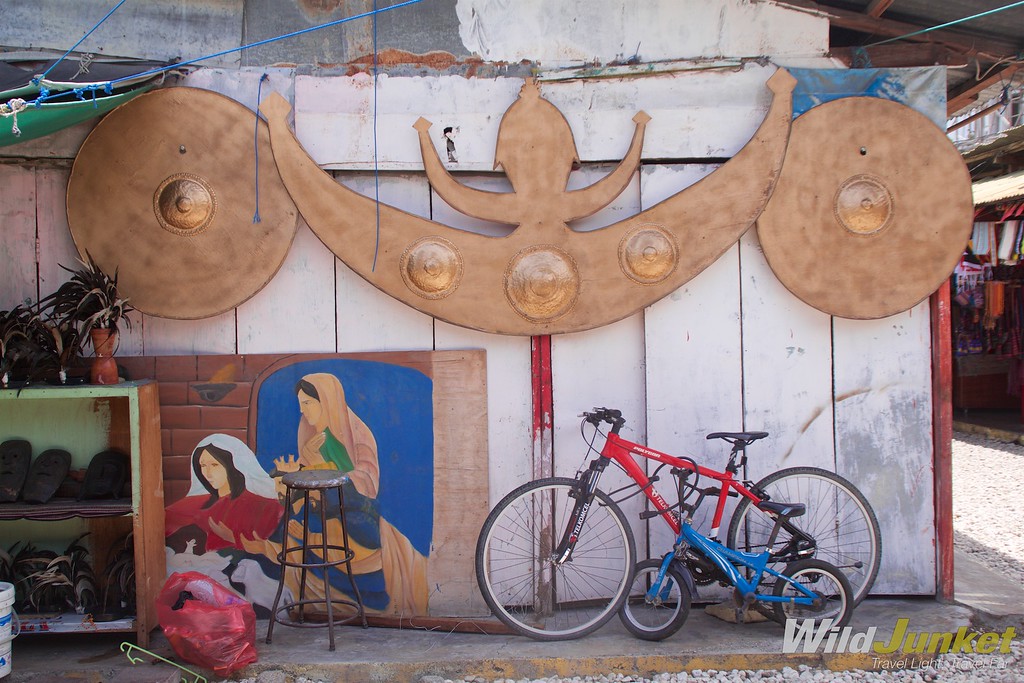 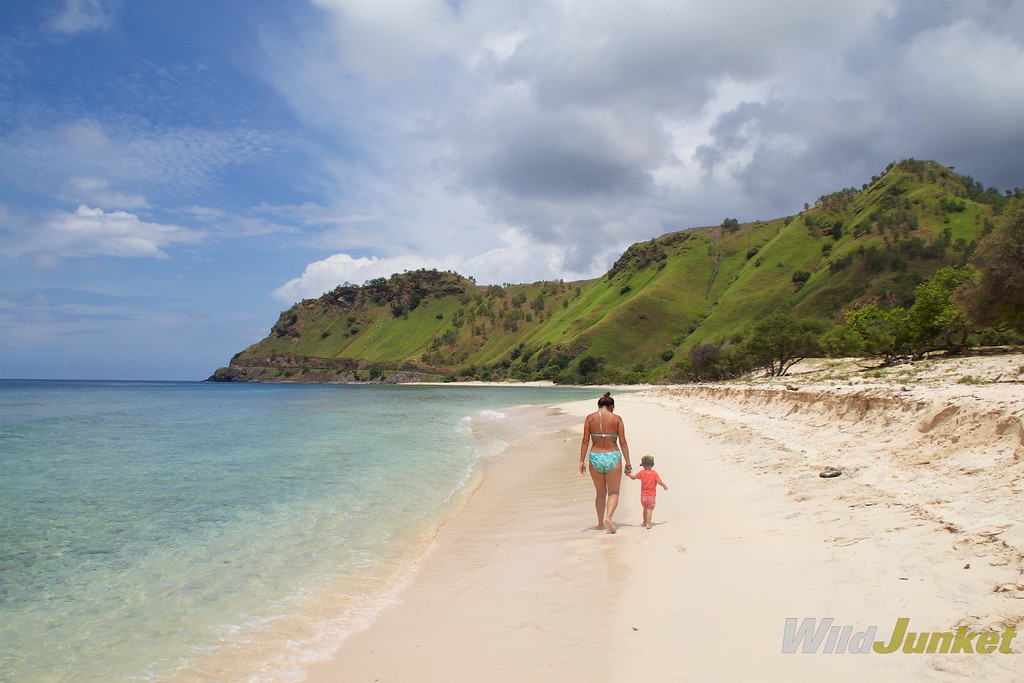 If you’re interested in going on short daytrips from Dili, here are some interesting options: