Best Things to Do in Costa Rica for Outdoor Lovers

From climbing active volcanoes to surfing on the legendary beaches and wildlife watching, these are the best things to do in Costa Rica. 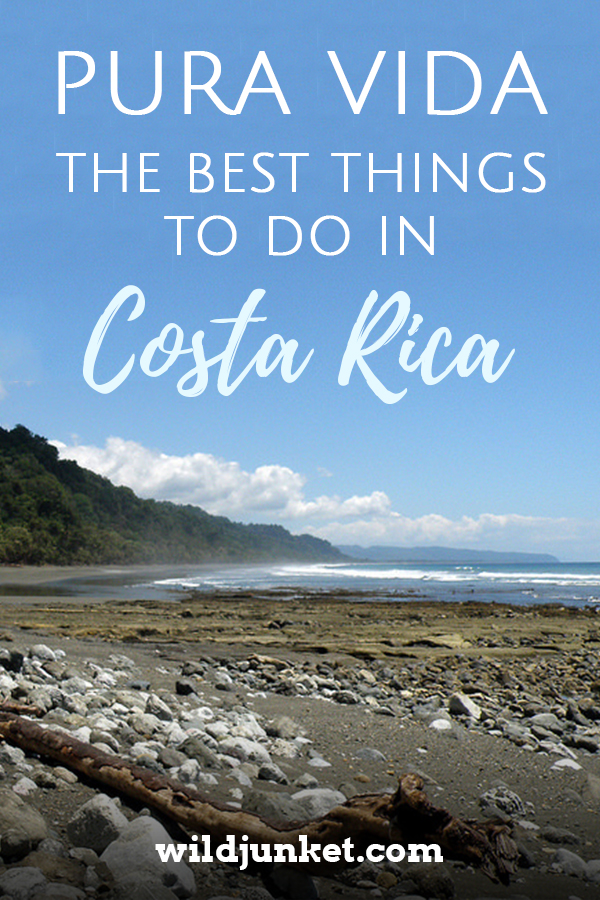 For a relatively small country, Costa Rica certainly packs in a lot of variety: from volcanoes, great surfs, miles of beaches to rainforests and awe-inspiring wildlife. With the most stable democracy in the region and a highly educated population (most of whom speak English), Costa Rica makes a great introduction to Central America for those who haven’t been.

It’s Costa Rica’s outstanding natural beauty that has made it one of the world’s prime eco-tourism destinations, with visitors flocking here to hike trails through ancient rainforest, climb active volcanoes or explore the Americas’ last vestiges of high-altitude cloudforest, home to jaguar, tapir and resplendent quetzal.

And then there are the people. Costa Ricans, or Ticos as they call themselves, are proud of their little slice of paradise, welcoming guests to sink into the easygoing rhythms of the pura vida (pure life). The catchy motto and laid-back vibes definitely gets to the heart of Costa Rica’s appeal.

With one week in Costa Rica, there are plenty of things you can do in Costa Rica including surfing, wildlife watching and hiking up a volcano! Here are some of our favorite.

Best Things to Do in Costa Rica 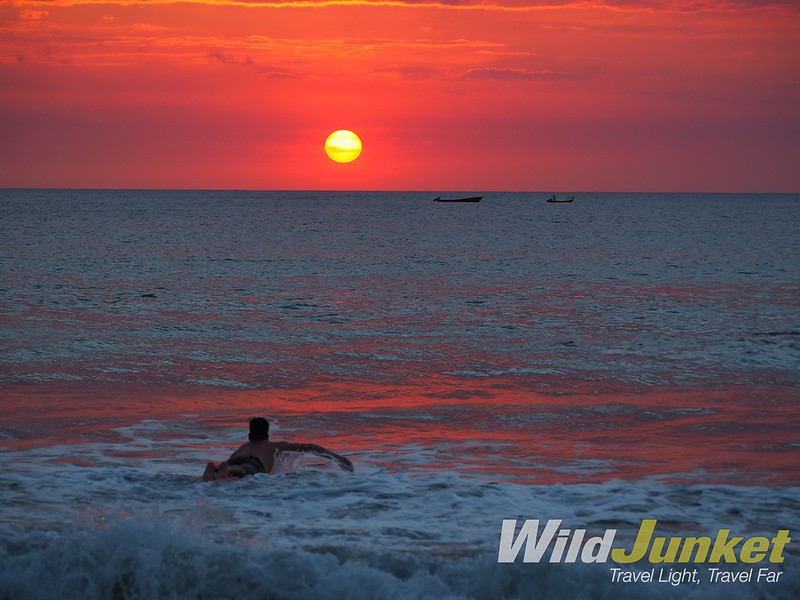 One of the country’s most famous national parks, Manuel Antonio, is the Costa Rica of many people’s dreams. This is where the lush rainforest meets the white sands of the Pacific coast,  monkeys play in the treetops (and may try to steal your food), sloths lazily look on and iguanas sunbathe on volcanic boulders.

The park was created in 1972, as a way to protect it from development. Covering an area of 683 hectares, the park covers partly land, partly sea. You can walk the rainforest trails or snorkel off the pristine beaches.

The park is open 7AM-4PM every day except Monday. Visit early, because it is a very popular park and can get very crowded. Please do not feed the monkeys or any other animals in the park, even if others are doing it. The reasons to avoid this are endless and doing so contributes to the endangerment of the animals in and around the park. 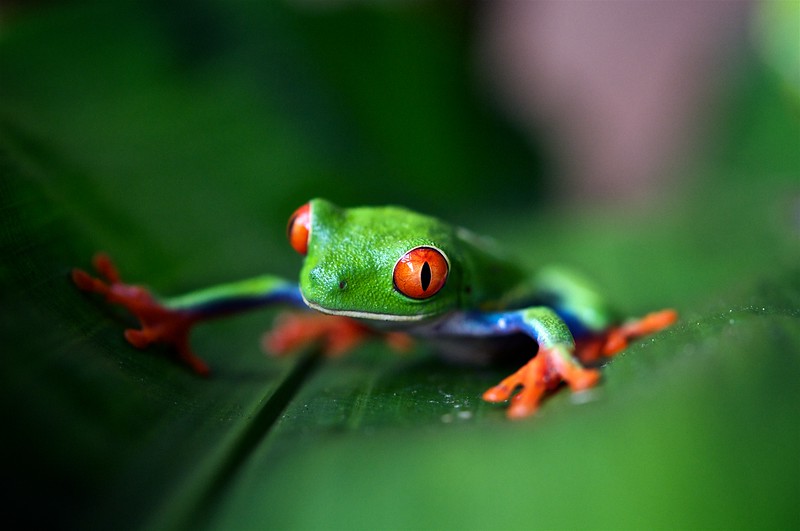 National Geographic has called the Monteverde Cloud Forest Biological Reserve “the jewel in the crown of cloud forest reserves”. Newsweek also declared Monteverde the world’s #14 “Place to Remember Before it Disappears”. Wrapped in a damp mist and surrounded by the sound of chirping birds, this reserve is a place you have to add to your Costa Rica itinerary.

The reserve is located along the Cordillera de Tilarán within the Puntarenas and Alajuela provinces. It consists of over 10,500 hectares (26,000 acres) of cloud forest, 90% of which are virgin forest. This area is home to over 2,500 plant species (including the most orchid species in a single place), 100 species of mammals, 400 bird species, 120 reptilian and amphibian species, and thousands of insects.

Hike the trails, take a canopy tour, then visit the surrounding coffee and sugar plantations, and the small communities making the country’s most popular cheese. Walking the hanging bridges is the best thing to do in Costa Rica with kids as the bridges are not too long and they’re plenty of fun! 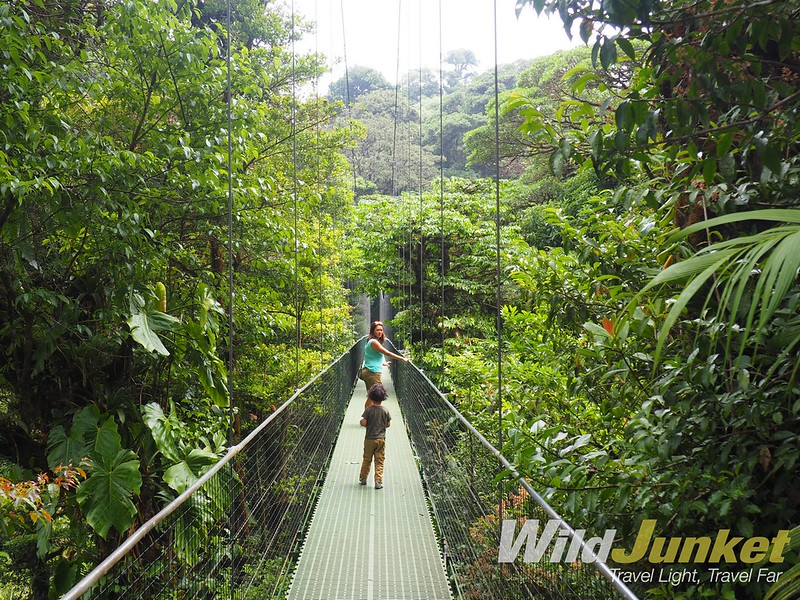 At 1,633 metres (5,358 ft) high, Arenal Volcano is Costa Rica’s active and also most iconic volcano. It’s estimated to be less than 7,500 years old. The lava flows have been consistent since 1968, although activity has calmed in recent years. Although you are not allowed to hike to the crater, the Arenal National Park is an adventure playground where you can fly through the canopy on zip wires, visit hot springs or take the hanging bridges to get as close as possible to the crater.

Within the national park, short trails pass through both secondary forest and lava fields from previous eruptions. While hiking, you might spot deer, tapir, howler monkeys, white-faced monkeys and snakes, or birds like parrots, orioles and brown magpies. The park rangers keep a close eye on the volcanic activity, and will not hesitate to close trails or portions of the park if they feel that it is unsafe. 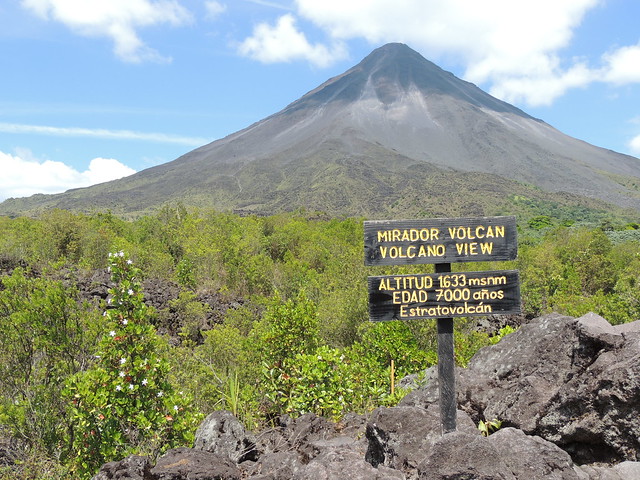 Tucked up in the north-east of the country and only accessible by boat or light aircraft, Tortuguero National Park may be remote but it’s the third most visited park in Costa Rica. The endangered green turtle comes here to lay her eggs, as do the hawksbill, loggerhead and leatherback varieties. Watching them dragging their huge forms up the beach by night is a truly magical sight, as is witnessing the tiny hatchlings making their way into the water for the first time.

The park is located on the Caribbean coast of Costa Rica, and covers an area of 77,032 acres (31,174 ha). It has a large variety of biological diversity due to the existence within the reserve of eleven different habitats, including rainforest, mangrove forests, swamps, beaches, and lagoons. 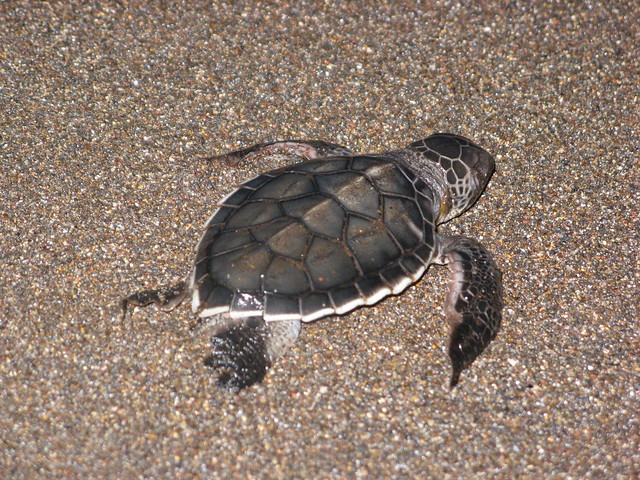 Costa Rica’s Central Valley and the surrounding highlands form the geographical fulcrum of the country. Rising between 3000 and 4000m, this wide-hipped inter-mountain plateau – often referred to as the Meseta Central or “Central Tableland” – has a patchwork-quilt beauty, with staggered green coffee terraces, dotted with cute tiny traditional towns, set in sharp contrast to the blue-black summits of the nearby mountains.

The area is also home to some of the most intense white-water rafting in the whole of Central America. If you’re searching for a serious adrenaline rush, a day of fierce paddling should definitely be on your agenda. If you prefer caffeine to adrenaline, visit beautiful coffee plantations such as Café Britt Finca in Barva if you want to drink some high quality Costa Rican coffee right from the source.

One of the most biologically rich national parks in Costa Rica, Corcovado’s rainforest and mangrove swamps are home to big cats like the jaguar, tapirs, giant anteaters and scarlet macaws, while its river shelters crocodiles and bull sharks. The national park encompasses an area of 424 square kilometres (164 sq mi) and is the largest park in Costa Rica, protecting about a third of the Osa Peninsula.

National Geographic has called it “the most biologically intense place on Earth in terms of biodiversity”. It is widely considered the crown jewel in the extensive system of national parks and biological reserves spread across the country. 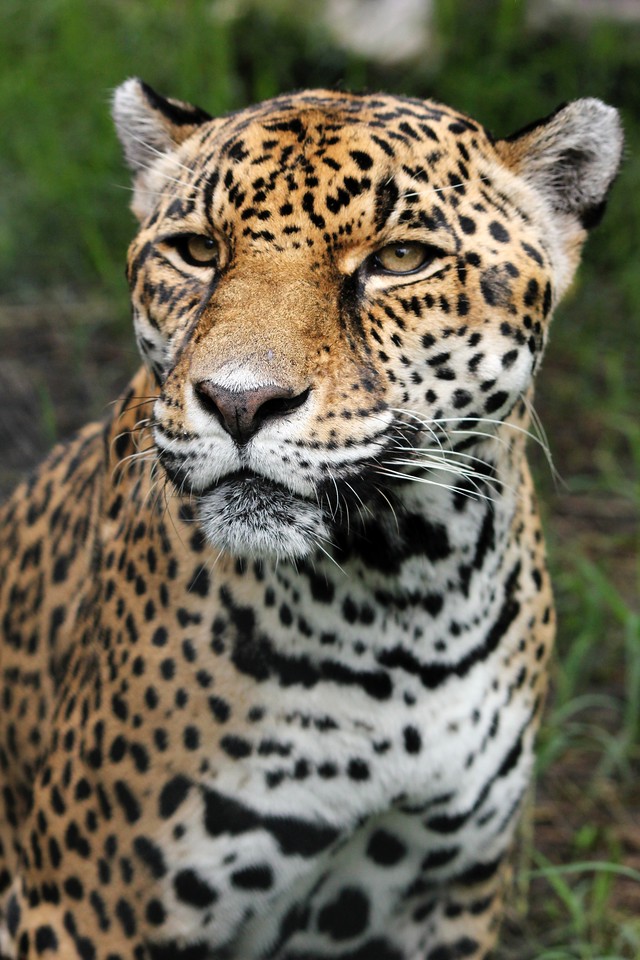 Chill on the Wild Beaches of Manzanillo

If you like quiet beach towns undeveloped with a hefty dose of Caribbean charm, pristine beaches and dirt roads, you will love this corner of the east coast. Surrounded by the Gandoca Manzanillo Wildlife Refuge, it is also an ideal spot for snorkelling in among the spectacular coral reef offshore.

The fishing village has only a few tourists here and there, and is a great place to kick back and just enjoy the natural surroundings. Largely influenced by Afro-Caribbean traditions and customs, this town is a relaxed and tranquil place with friendly locals and some of the most delicious local cuisines. If you’re wondering where to stay in Costa Rica on a tight budget, Puerto Viejo is definitely the beach town to go to.

READ NOW
Where to Stay in Costa Rica: 2019 Guide on Best Places to Stay 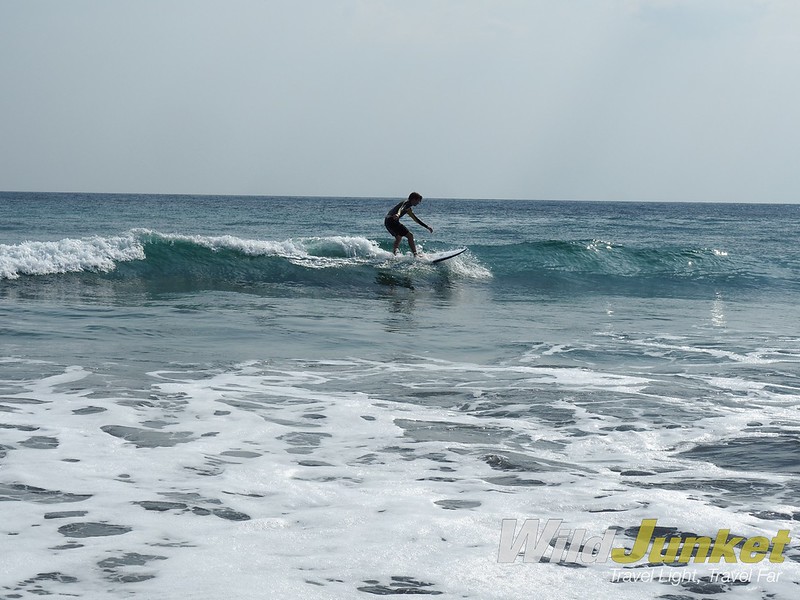 Did we miss out anything cool to do in Costa Rica? Share with us in the comments field below!