Best Things to Do in Liechtenstein

There’s something about tiny countries that intrigue me. You see, I’m from a tiny nation (Singapore) myself. So I know how it’s like to live in a small country. Ever since I got hooked on travel, I’ve been curious about other tiny countries like San Marino, Monaco, Maldives, and Liechtenstein.

Of course when the opportunity to go Liechtenstein presented itself to me recently, I jumped at it. Liechtenstein was my 118th country (as part of my quest to visit every country in the world) — but the reason behind my visit wasn’t just to add another stamp to my passport; I was genuinely curious about what made a country as tiny as Liechtenstein that wealthy and influential.

Best Things to Do in Liechtenstein

When I told my friends I was going to travel Liechtenstein, some of them had to Google it to see where it was. Even friends who travel a lot didn’t know of its existence.

To give you some background info, Liechtenstein is a tiny nation sandwiched between Austria and Switzerland. Set in the Rhine valley, the landlocked alpine country is mainly mountainous, making it a winter sport destination. With a population of 37,000 and 160 square km, it’s one of the smallest countries in the world. 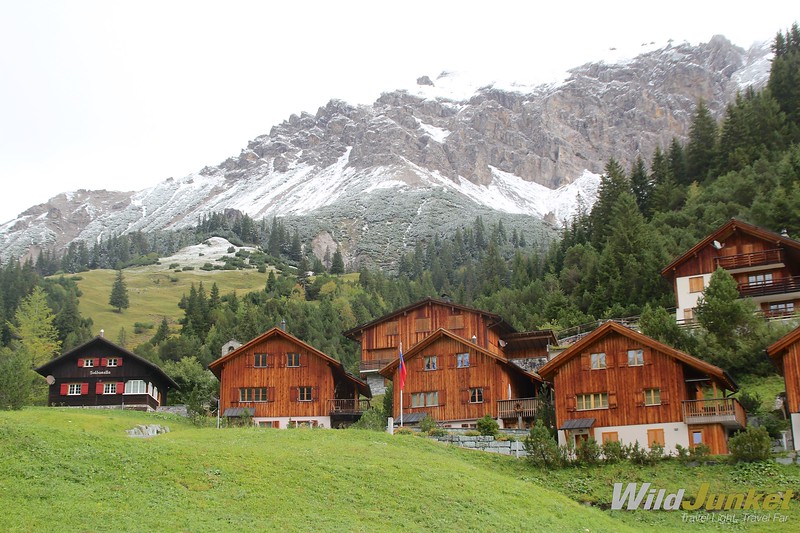 Officially the Principality of Liechtenstein or Fürstentum Liechtenstein, it is a constitutional monarchy headed by the Prince. One fun fact that I learned from my Airbnb host: every boy gets to meet the Prince when he turns 18 in a big birthday bash held at the palace. How cool is that?!

The official language in Liechtenstein is German, but most people speak an ancient dialect of German that is highly divergent from standard German but closely related to those dialects spoken in neighbouring regions such as Switzerland and Vorarlberg, Austria. In Triesenberg, a dialect promoted by the municipality is spoken. However, Swiss Standard German is understood and spoken by most people within the country. 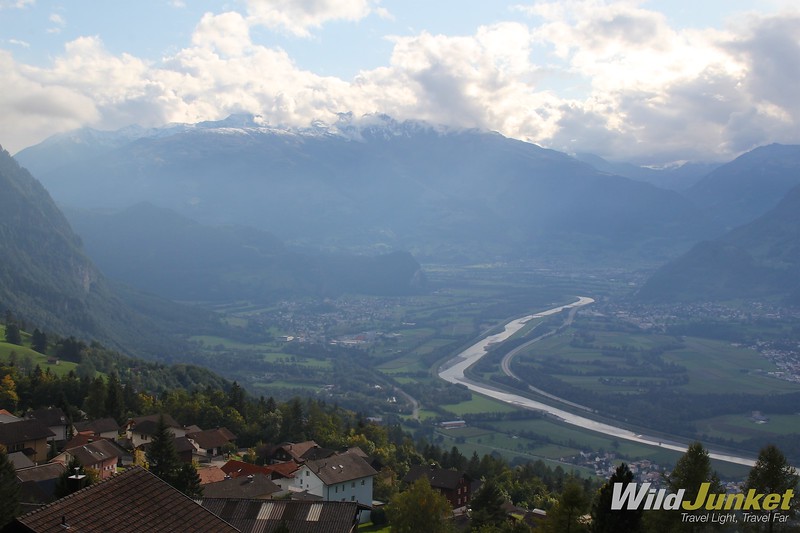 Two-thirds of the country’s workforce are not native. Because of the size of the country, there’s a limit to the number of foreign-born workers who are allowed to live in Liechtenstein. Even though they work in Liechtenstein, they have to live either in Switzerland or Austria and commute everyday. 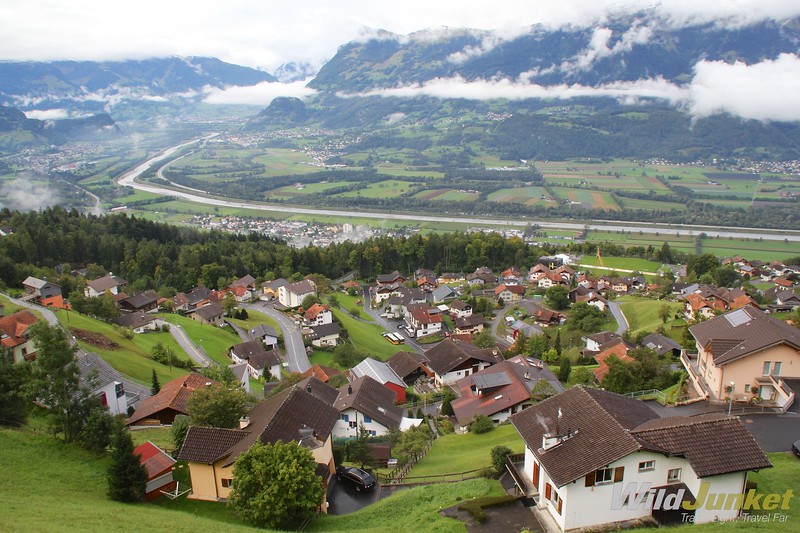 There is no airport in Liechtenstein, so getting in is only possible by road or train. The closest major airport is in Zurich, which is just a one-hour drive from Liechtenstein. Another airport that is nearby is in Munich, which is just a 2.5 hour drive away. I flew into Munich and caught a Blablacar (ride-sharing system in Europe where you can hitch a ride with someone and pay for your half) to the Swiss border, crossing three countries in one day.

Buses are by far the easiest way to get to Liechtenstein. You can easily identify the lime green buses as the Liechtenstein bus. There are trains to Vaduz, but they only run every Sunday, so unless you are planning your trip for Sunday, your best bet is to catch the bus from Switzerland or Austria. 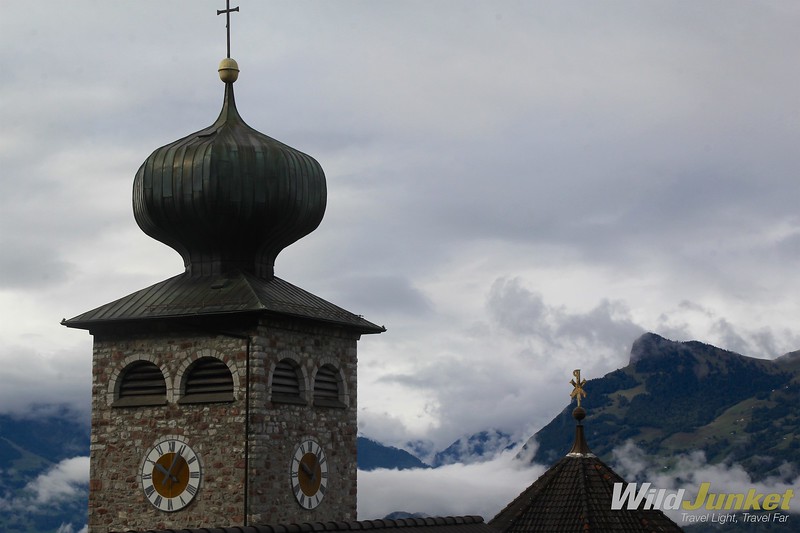 The Gateway into Liechtenstein

From Switzerland, you’ll need to get to the town of Buchs to catch bus 12 to the biggest city in Liechtenstein, Schaan (only takes 10 minutes). At the terminal, change to bus 11 (towards Sargans) to get to the capital city Vaduz; the journey only takes 8 minutes. Buses run every 15 minutes from the train station at Buchs to Schaan and Vaduz. Tickets can be purchased on the bus for 3.40 CHF.

The Rhine River creates a natural border with Switzerland, so if you’re getting in from Switzerland, expect to cross the river and feast on some spectacular alpine landscapes.

From Austria, go to the border town of Feldkirch to catch bus 11 (towards Sargans) to Schaan and it’ll eventually get to Vaduz. This will be a longer bus journey as Feldkrich is further away; it takes around 30 minutes to get to Schaan and 40 minutes to Vaduz. 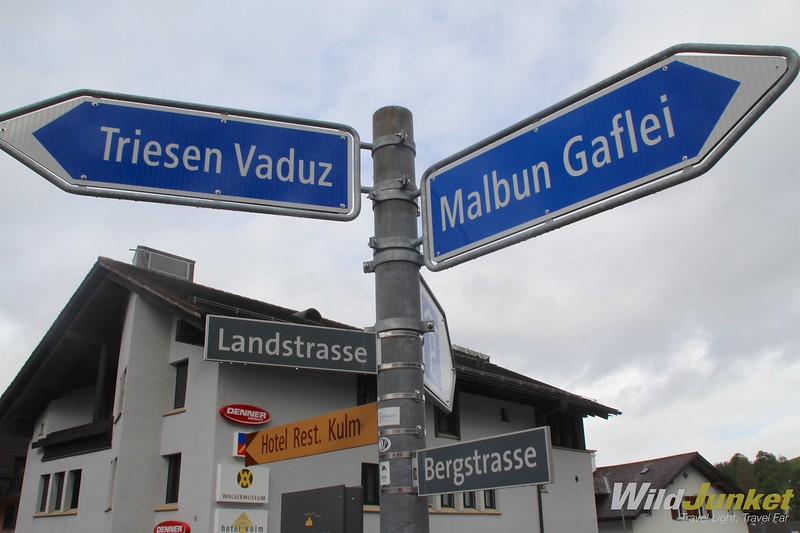 What to See in Liechtenstein

Explore the Town of Schaan

This is probably your first stop in Liechtenstein as well if you’re coming from Buchs, Switzerland. Despite being the largest municipality of Liechtenstein by population, Schaan is actually quite a charming and cute little town. There isn’t a lot to see and experiencece here in terms of attraction. The main point of interest is probably the Schaan church that stands in the heart of town, right next to the bus terminal. 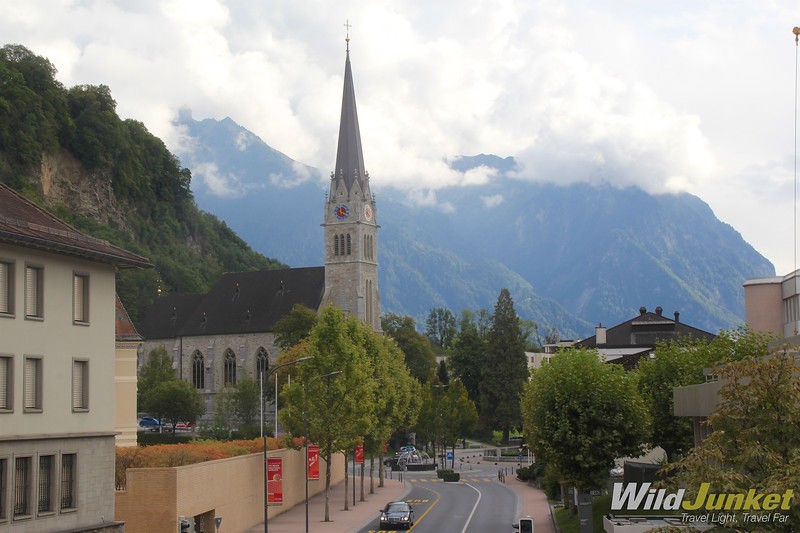 Admire the Castle in Vaduz

The capital city of Liechtenstein is a charming little hamlet and tourist town. The most prominent landmark here is Vaduz Castle, the home of the reigning prince of Liechtenstein and the royal family. The castle is visible from almost any location in Vaduz, being perched atop a steep hill in the middle of the city. 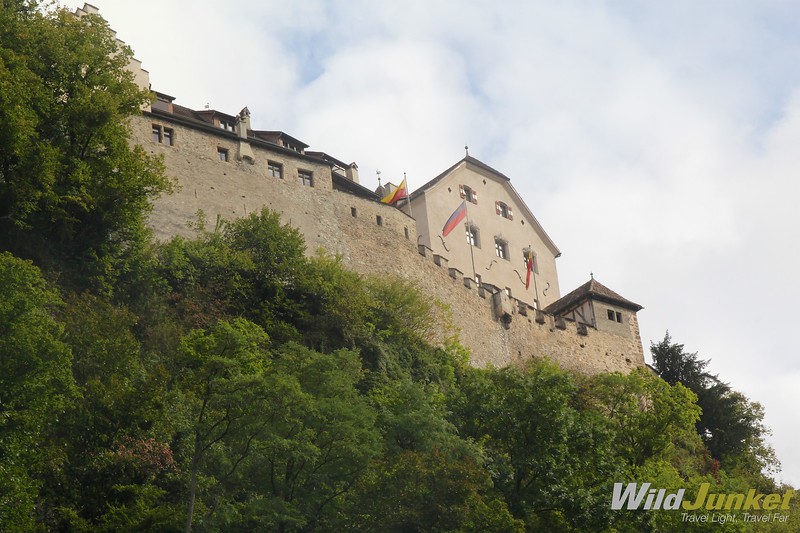 Other interesting sights like the Cathedral of St. Florin, Government House and City Hall are lined along the main pedestrianised street in Vaduz, displaying the various styles and periods of architecture that the city is known for. It’s easy to see all of them in a hour or so. I would recommend heading into the many museums in the city to get to know more about Liechtenstein’s history. 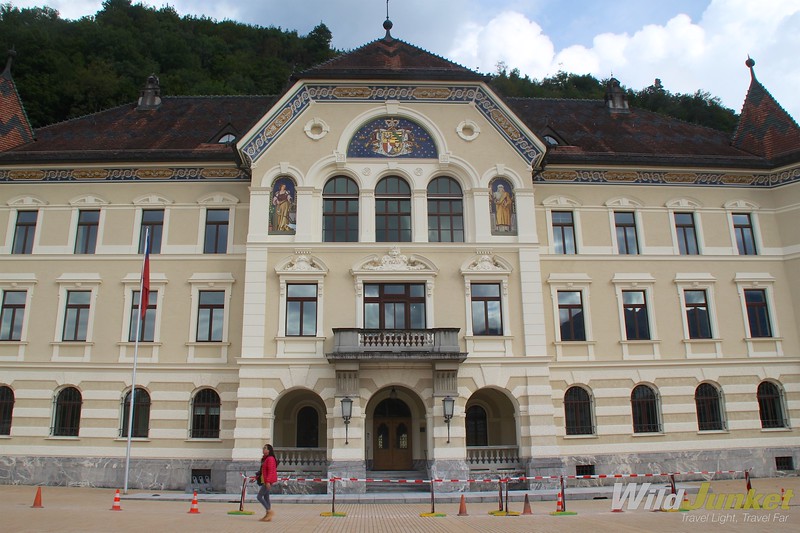 The largest museum is the Kunstmuseum Liechtenstein, an international museum of modern and contemporary art with an important international art collection. The building by the Swiss architects forms a “black box” of tinted concrete and black basalt stone.

Another important museum is the Liechtenstein National Museum (Liechtensteinisches Landesmuseum) showing permanent exhibition on the cultural and natural history of Liechtenstein as well as special exhibitions. There is also a stamp museum, ski museum, and a 500-year-old Rural Lifestyle Museum. 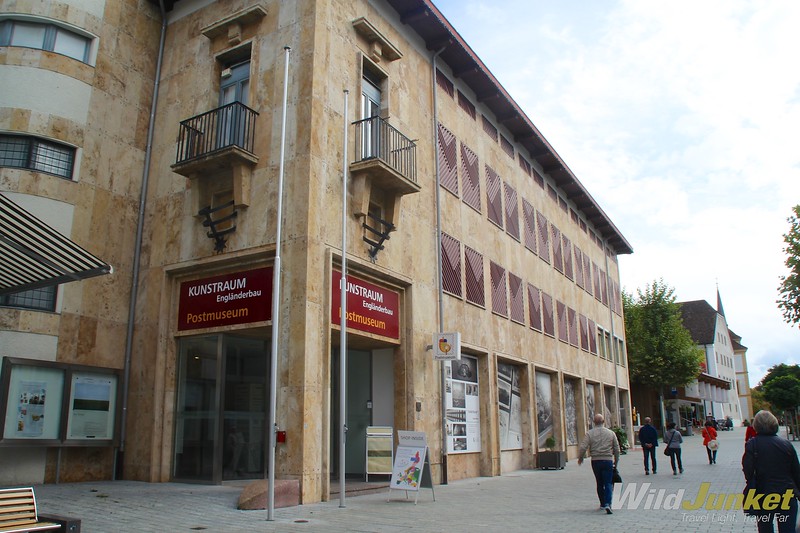 For passport stamp collectors, I recommend dropping in at the Liechtenstein Tourist Office right opposite the museum. As there are no longer any borders between Liechtenstein and neighbouring countries, you won’t get a stamp in your passport unless you come here and pay 3 euros for a chop. 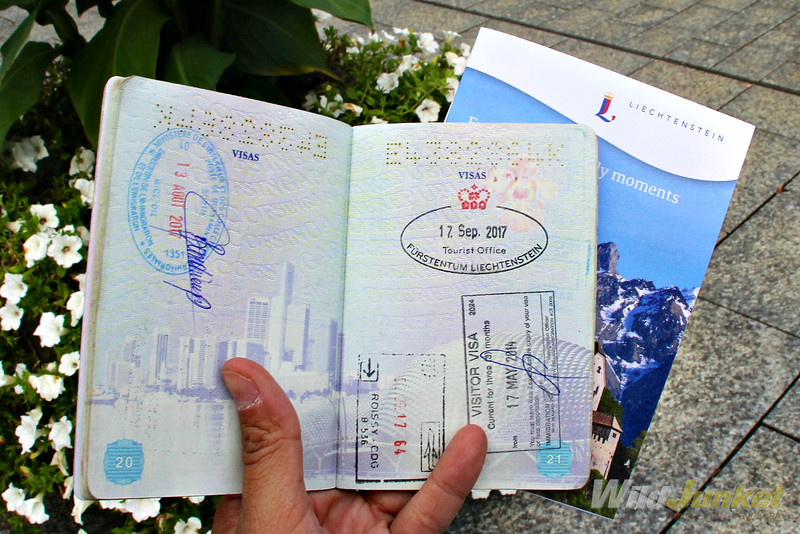 Relax in the Mountain Hamlet of Triesenberg

Perched on the mountains surrounding Vaduz is this quaint and beautiful alpine town surrounded by pine forests, medieval churches, traditional houses and ranches. Everywhere you go in Triesenberg, the Rhine River sprawls beneath your feet and the Swiss Alps looms in the distance. There’s a spectacular view no matter where you are in the area.

I’m extremely glad I booked an Airbnb here (that had a stunning view from my room), otherwise I would have missed out on exploring the backcountry of Liechtenstein. A public bus goes straight from the suburbs of Vaduz into Triesenberg and all the way up to the ski resort of Malbun. 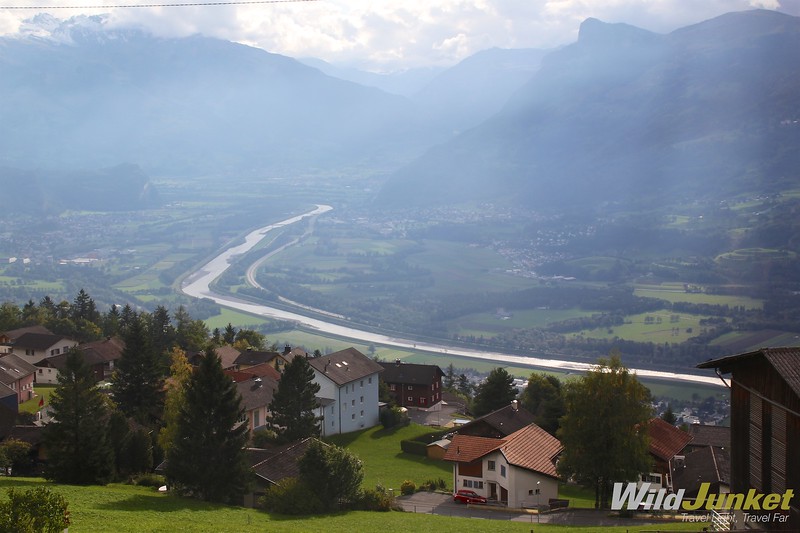 In the hamlet of Triesenberg, you can easily go on long walks into the pine forests, or into its museums to learn about its heritage, or simply feast on the spectacular view from a cafe. The Triesenburg Heritage Museum, for one, is a great place to visit to learn more about its past. Housed in a 400 year-old building, the museum informs visitors about the history, culture and customs of the Walser.

Triesenberg is noted for its distinct dialect, dating from the influence of Walser migrants in the Middle Ages, who arrived in the region early in the 14th century. This dialect is actively promoted by the municipality. 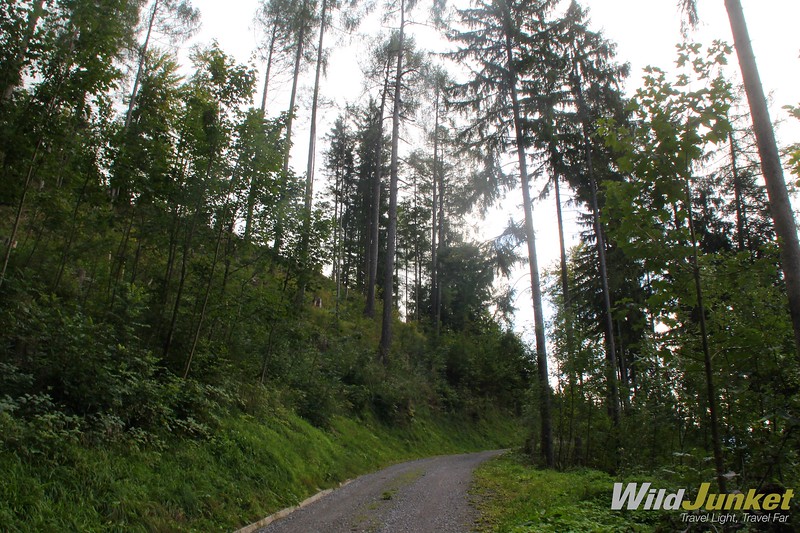 Where to Stay in Liechtenstein

Malbun, the only ski-resort village in Liechtenstein, lies 1600 metres above sea level in Liechtenstein’s Alpine region. It’s actually just a 10-minute drive from the centre of Triesenberg and a public bus goes all the way there as well (all year round, though reduced to once per hour during off-peak season). It’s such a beautiful area that I definitely plan to return here in winter and stay at the JUFA Hotel Malbun Alpine Resort with my family! Malbun is well known to be a family-friendly ski station that’s popular with the Swiss and Austrian travelers.

The ski resort is an ideal destination for families, with the resort concentrating on providing high-quality services for both parents and children alike. In summer, Malbun is also a great starting point for many hikes. I did a short hike starting from the chapel, weaving my way past the river and into the base of a dramatic mountain. Another hiking trail continues past the chairlift and into the valley and up the slopes. 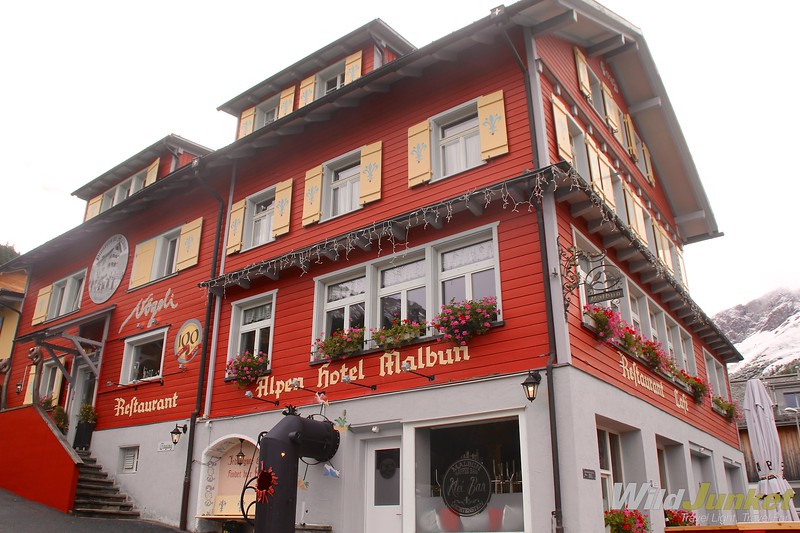 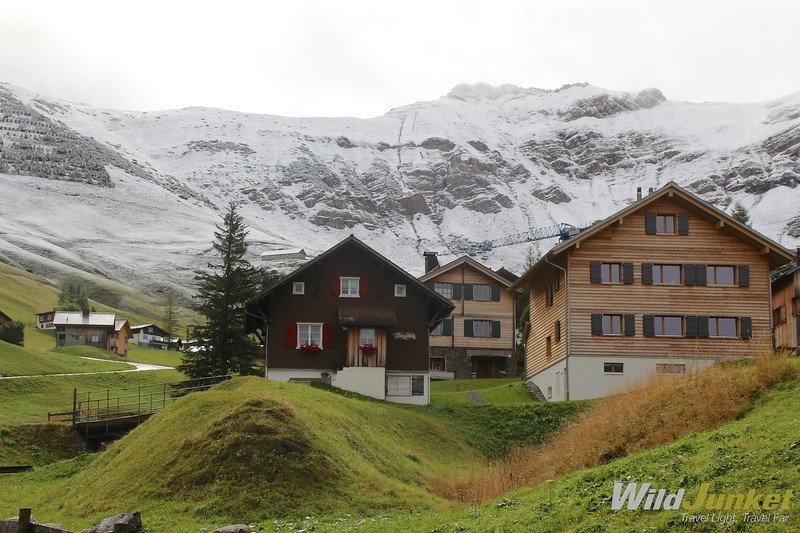 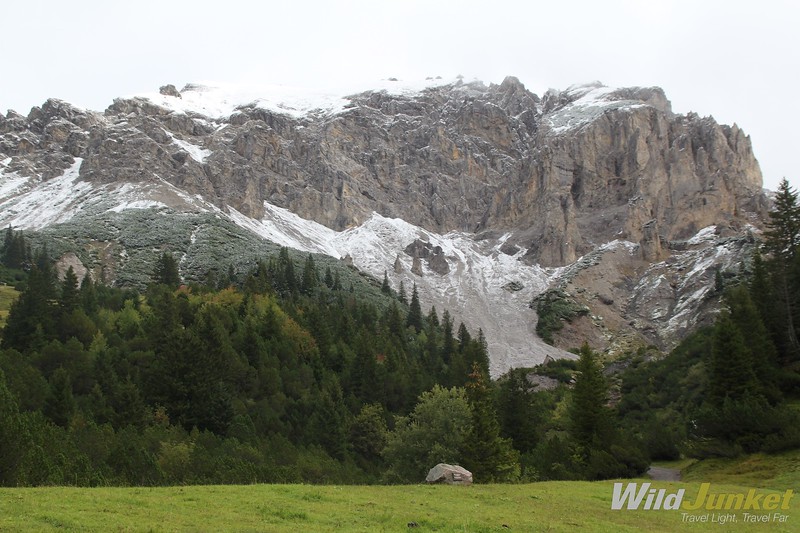