Although Kruger is undoubtedly the largest and most popular National Park in South Africa there are plenty of other wild venues scattered across the country that are, in my humble opinion, just as interesting if not more so. For those who are wondering which national park to include in your South Africa itinerary, here is a list of the best national parks in South Africa, and what makes each of them unique from the others.

Kruger is undoubtedly the largest and most popular national park in South Africa. Here’s where you will get the best wildlife watching opportunities. Named after Paul Kruger, the President of South Africa during the 1800s, proclaimed the area a sanctuary for the protection of its wildlife.

The national park has a high density of wildlife — including all kinds of bird life and the Big Five. I had my closest wildlife experiences here in Kruger: being charged by an elephant, seeing lions mate, and watching the lilac breast roller showing off his rainbow colored feathers.

The park is part of the Kruger to Canyons Biosphere, an area designated by the UNESCO as an International Man and Biosphere Reserve.

In 1931, the Addo Elephant national park was established as a sanctuary for the Eastern Cape’s last 11 remaining elephants. It was pretty much just a zoo back then- a sort of circus attraction that brought in tourists but had very little conservation value. Now however, things are very different and Addo Elephant National Park has grown to become one of the most important and interesting parks in Southern Africa.

It’s also grown in size, and from a very humble 2000 hectares, Addo has now become a mega park of some 168,000 hectares covering six different terrestrial habitats: – Nama Karoo; fynbos; and forest; subtropical thicket coastal belt and Marine. It’s the only park to boast the big seven rather than just the big five – Buffalo, Lion, Leopard, Rhino, Great white sharks, Whales and of course Elephants (of which there are now more than 450). It’s also home to the largest penguin colony on the continent. Activities include game drives, horseback riding with wild animals, coastal hikes, 4×4 trails and elephant watching. This is an excellent place to go on African safari with kids.

The Garden Route National Park consists of a series of fragmented nature reserves that span multiple habitats and environments ranging from cool misty mountain forests to marine reserves alive with beautiful fish. There are lakes to go boating on, mountains to hike amongst and miles upon miles of undeveloped beaches from where one can spot whales and dolphins.

The Garden Route is not a traditional big five park and you won’t see lions, buffalo and rhinos (although secretive elephants do creep around the darkest confines of the forests and leopards are present but rarely seen). Regardless, the Garden Route National Park is still one of the most scenically stunning places I have ever visited (In fact I live there). Activities consist of numerous multi-day hiking trails (including the world famous coastal otter trail) boating, fishing, whale watching, camping, kayaking, snorkeling, scuba diving and paragliding. 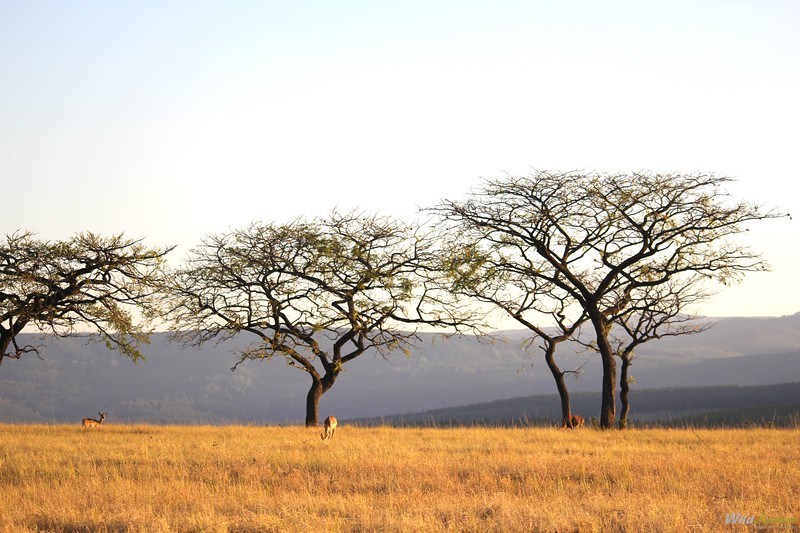 Imfolozi Hluhluwe (a joined pair of parks) are serious contenders for the number one slot of great wildlife destinations in South Africa, or even the whole of Africa. Even combined they are much, much smaller than Kruger, but nonetheless they have the same wildlife and in higher densities too. The parks are of great conservation value and during the 80s and 90s they were home to ‘Operation Rhino” a project that saw both black and white rhinos brought back from the edge of extinction.

If you ever wanted to see a rhino; LOTS and LOTS, then Imfolozi and Hluhluwe is the place for you. Things to do include game drives, camping, nighttime and wildlife watching. The highlight of a visit though would have to be one of the many guided hikes that are available. Accompanied by a highly trained and armed ranger, you are free to walk for days and days amongst some of Africa’s most potentially dangerous animals. It’s really exhilarating. 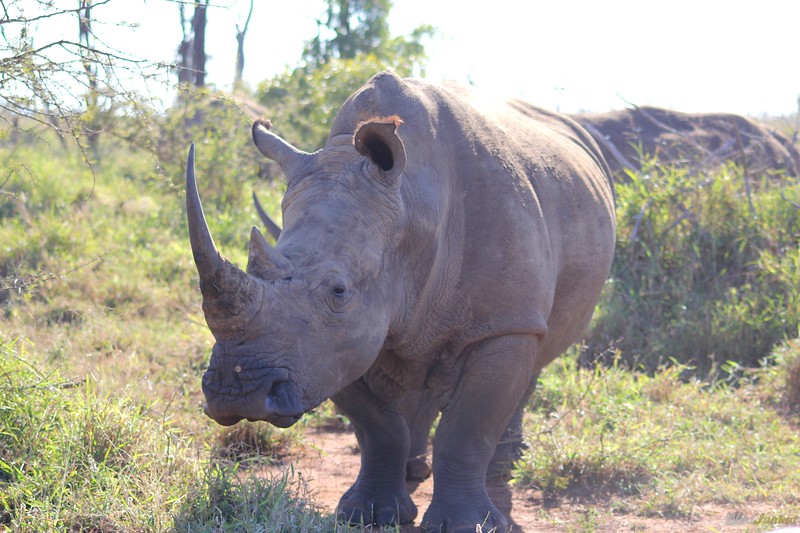 Situated in the North of KZN is a long thin park that contains some of the most beautiful scenery you are ever likely to encounter. More than 200 kms of untouched beaches skirt a series of protected tropical reefs where you can dive with marine turtles and raggy tooth sharks (which are apparently safe, so I’ve been told).

There are saline lakes where crocodiles and hippos amass in startling numbers and there are forests and rolling grassy plains where hundreds of species of animals have made themselves a home. In the words of Nelson Mandela: “Nowhere else on earth can one find the oldest land mammal (the rhino) and the world’s biggest terrestrial mammal (the elephant) living naturally in the same protected area as the ocean’s oldest fish (the coelacanth) and the sea’s biggest mammal (the whale)”. Activities include sun bathing, snorkeling and SCUBA diving, hiking, game drives, kayaking and whale watching.

What makes Cape Town such a stunning place is not the city itself, but rather the location. Table Mountain looms above the suburbs and skyscrapers, whilst flights to Cape Town from London and many other points of the globe leave vapor trails across the urban skies – but bays and beaches, untouched by development, are just a few minutes’ drive from almost anywhere in the city. The park (of which table mountain is just one feature) consists of a rugged landscape of jagged mountains, secluded valleys and beautiful unspoilt beaches.

Quaint little seaside towns are separated by rocky outcrops and lengthy stretches of unhurried winding roads. Activities include taking a cable car up to the top of Table Mountain for a gob-smacking view of the city; a drive around the cape peninsula (or a bike ride if you are up for the strong winds and steep ascents) or perhaps a lazy day on an empty beach. Keep an eye out for dolphins in the waves, penguins on the rocks and muggers in the car parks.