10 of the Safest Countries to Visit

Some travelers still have qualms about traveling to certain places. That’s understandable as you want to make sure you not only enjoy your trip but also come home safe and sound. Based on this report from NBC, here’s a list of the safest countries in the world to visit. The factors weighing into these rankings are the number of natural disasters, as well as the prevalence of social unrest, terrorism, and crime.

The Caribbean Islands as a whole have a reputation that can be shaky at times. In some of the neighboring countries, there have been times of violent crimes and political unrest, but many of the other islands in the group are doing well in terms of security and stability.

The ABC islands (Aruba, Bonaire, and Curacao) exemplify this phenomenon and are some of the safest vacation destinations in the world. Crime rates on the ABC Islands are comparatively low when looking at the region as a whole. There is no political unrest (as far as we know) and they lie far from the usual hurricane route. They get a top vote for a heavenly combination of security, scenery, and serenity. 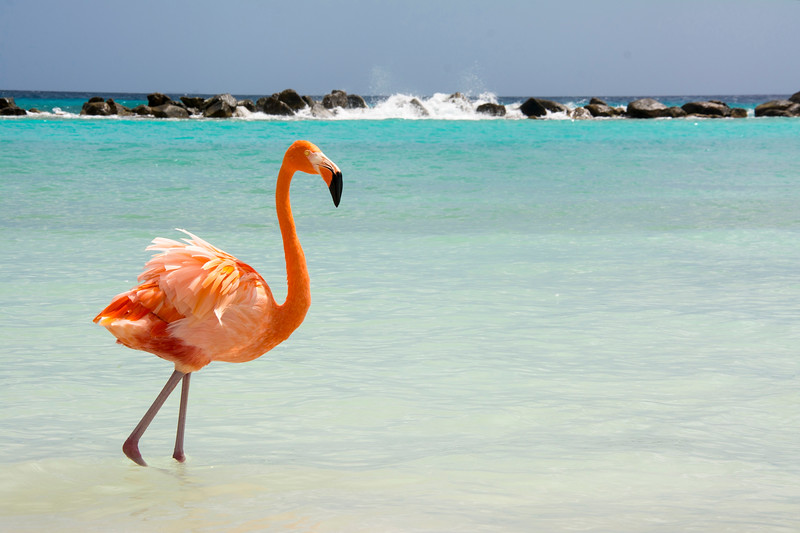 Known to many as the land of The Hobbit and Lord of the Rings, New Zealand is one of the safest places in the world. It could be due to its size and population, or maybe its isolated distance from the rest of the world that the country is generally peaceful, calm and stable.

With organized cities and tranquil rural settings, New Zealand definitely makes for an excellent security hub for travelers. Even the biggest city Auckland feels like a small town. It is highly developed and provides all of the comforts of home to curious travelers. In addition to its safe environment, the country is home to stunning mountain landscapes, myriad adventure activities, and thousands of sheep.

How to: If you’re traveling on your own, you can fly into major international airports at Auckland or Christchurch. You can also do as we did and explore New Zealand on a tour with G Adventures.

Ireland boasts fascinating seaside views, large rock formations, and ruins from civilizations past. Historically, the Irish have gotten a bad reputation for being fighters, drinkers, and the early mafia. However, travelers should overlook this gruff persona when considering Ireland as a travel destination, as it is one of the safest and most naturally beautiful countries in the region.

The Emerald Isle was just voted by the WHO as the least violent country in Europe, so travelers can feel safe and free from riots, political unrest, and violence within its shores.

How to: Book your flight into Dublin Airport, which gives easy access to the rest of the country. There are various areas to explore in this region, and you can plan your itinerary via bus. 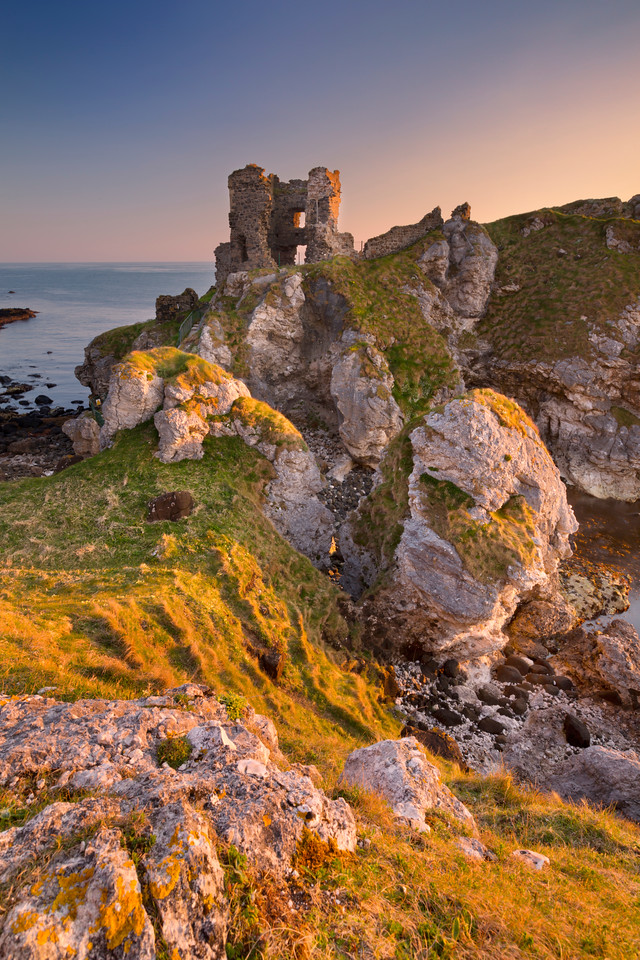 People often overlook Cyprus, the small island-country in the Mediterranean, but this little country packs a punch in terms of things to do and see. Cyprus is another place that has historically had a notorious reputation jeopardizing the safety of travelers and inhabitants.

This reputation has since been debunked. With its booming economy and Orthodox churches at the center of its culture, Cyprus has evolved into a haven for travelers. This Eurasian island located in the East Mediterranean packs both the laid-back beachfront lifestyle and a low cost of living into one treasure trove, set on a backdrop of stunning blue seas and impressive rock formations.

How to: You can fly into Cyprus’ largest airport, Larnaca International Airport. This is the country’s largest international airport, and can be accessed via public bus.

Switzerland is one of the richest countries in the world – divided into three main linguistic and cultural regions. Famed for the Alps, chocolate and high standard of living, Switzerland is often on the dream list of those chasing after the high life.

It is also well-known for having peaceful foreign policy and overall happy inhabitants. Consequently, this is one of the safest countries in the world to visit. Whether you’re here for a Switzerland road trip or you’re in search of a new home, the security will definitely make you feel at ease.

How to: Switzerland’s largest airport is Zurich International Airport, however this country is centrally located within Europe and can also be accessed by international train or bus lines from various cities across Europe. My hometown Singapore makes a clean and safe destination thanks to its extremely low crime rate and stringent law. Its track record is impeccable since the ruling of first Prime Minister. This makes visiting Singapore with kids so easy and fun, especially with the whole range of kid-friendly attractions like Gardens by the Bay.

Singapore is a place worth visiting not just for its safety but also its myriad of mixed ethnics and traditional heritage. It is a very culturally-rich country with a lively culinary scene and a sophisticated, metropolitan vibe. With such diversity, there is so much to explore and learn in the economic hub of Asia.

How to: Singapore’s Changi International Airport is arguably one of the nicest airports in the world, and welcomes thousands of flights each day. Getting around Singapore is fairly easy with the city’s extensive metro system, which extends from the airport to the main downtown areas.

READ NOW
3 Days in Singapore: The Ultimate Itinerary By A Local

I know Seattle is a city – what’s it doing on this list of safest countries?! Well, the US is such a huge country that different parts of it have different criminal rates. Seattle is a tourist-friendly city, with well-equipped hostels, gorgeous scenery, and some of the best outdoor recreations in the country. A city that takes good care of its bike paths and recreational facilities deserves a nod for the world’s safest cities.

The local government is so concerned about its inhabitants that Seattle was also deemed the #1 safest city for pedestrians in the United States. In every corner there is a café, coffee shop, or pub for visitors to hang loose and unwind.

How to: Fly into Seattle-Tacoma International Airport, where you can take public transportation straight into the heart of the city. Within the city, there are many hotel options to choose from, most of which you can book online. Check out my Seattle weekend itinerary. 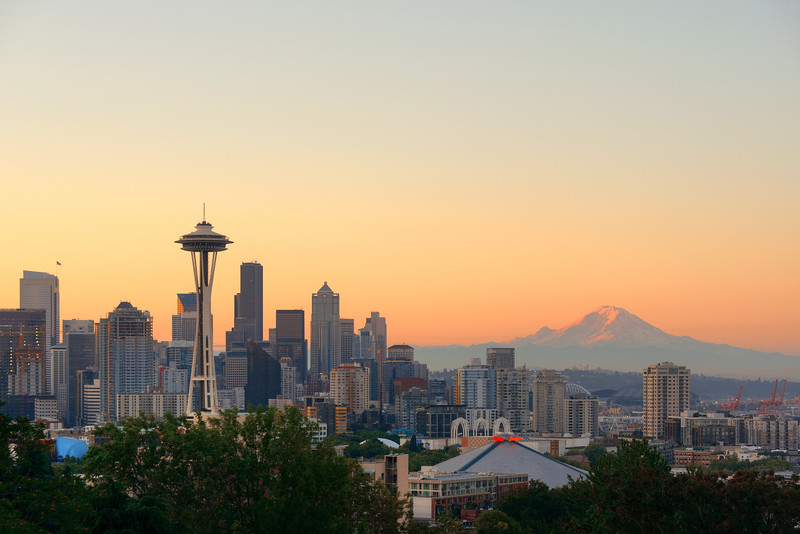 The crime rate in Luxembourg is one of the lowest when compared to other European countries. Though there are a few incidences of crimes like petty theft or infrequent break-ins, it has topped the list of world’s safest cities for years and deserves a visit for the traveling perks and well-developed infrastructure.

This tiny country is home to beautiful architecture, rolling hills and easy access from many major cities in Europe.

How to: You can fly into Luxembourg’s Findel International Airport, or you can take a train or bus into Luxembourg from any of the neighboring European countries. 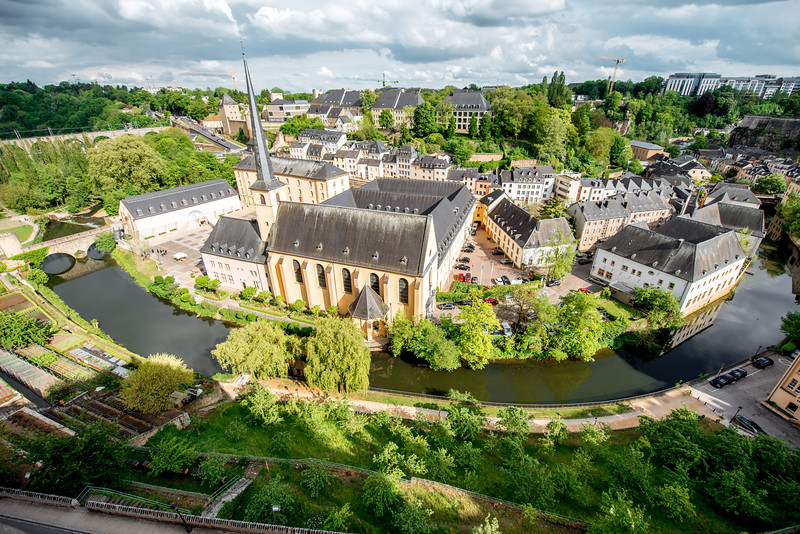 Finland has been voted by many as the safest country in the world. It has a fairly large population, but most people live in the capital city Helsinki. There is an unlimited array of fun activities to do, like outdoor exploring and overnight trips. It also works well as a jumping-point for access to the Northern Lights in the wintertime.

Often a country overlooked by most travelers, Finland definitely deserves to be in the limelight.

How to: Fly into Helsinki-Vantaa International Airport, then catch a public bus (which runs every 30 minutes) from the airport into the city center. Sometimes the bus timetables vary by season, so it’s best to check with the information desk when you arrive. 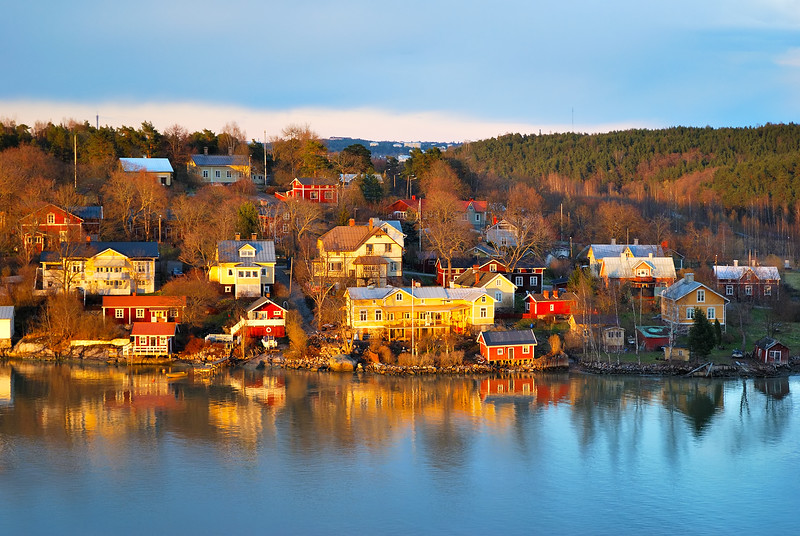 Ranked 35th on the Mercer stats for safest cities, Tokyo ranks top in the list of safe Asian cities to visit. Much like Seattle in its urban influence, the city has a powerful economy and commercial strength. Its population is huge, its area expansive, but it still remains a secure society.

With its unique culinary experiences, its colorful neon lights, and its crowded but energy-laden streets, Tokyo is definitely a city to see at least once in your lifetime. Traveling Japan with kids can be lots of fun, thanks to the vibrant pop culture, quirky themed cafes and neon streetscapes.

Were you surprised by any item of this list of safest countries to visit? Let me know your thoughts in the comments field below.