The mountain range that stretches across Northern Spain was given the name Picos de Europa, (Peaks of Europe) for good reasons. It’s said that when the Spaniards arrived back from the Americas, the mountain range (located just 20km from the coast) was the first thing they saw from sea. The peaks were an indication that they were back on continental Europe and were therefore given the name Peaks of Europe.

I’d heard that story from local friends years ago and the image of majestic peaks right by the sea was etched in my mind. Now that we’re here in the midst of the Picos de Europa, I am thrilled to see that it was everything I’d imagined. Picos promised me natural beauty and outstanding landscapes in abundance and it delivered. 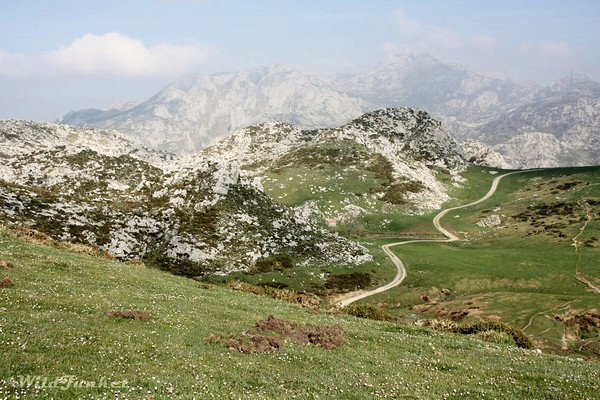 Wispy clouds hang low above the green-carpeted mountains, while still lakes lie snugly in between rolling hills. As we snake across the mountain range on zigzag roads, we are treated to outrageous views at every bend. The alpine landscapes and verdant greenery remind me of Switzerland or Norway – it’s hard to believe this is Spain. A country I’ve called home for the last year or so, Spain is extremely diverse and it has been constantly springing a surprise on me, one after another. 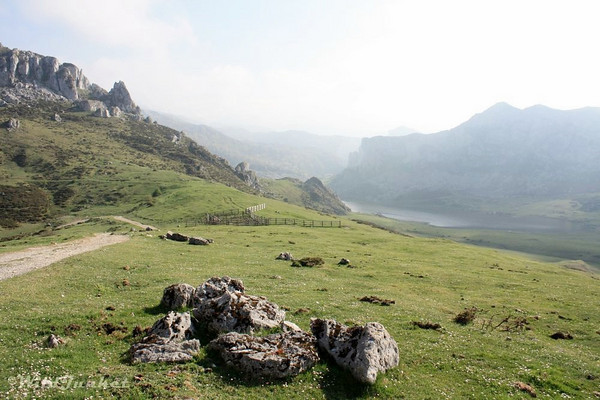 Our journey started from the village of Cangas de Onis, the gateway to the Picos. Standing at the foothills of the mountain range, the alpine town is an eclectic collection of country-style taverns and traditional Asturian sidrerias (cider houses). Entering the village, we spotted a medieval bridge with a hanging cross representative of Asturias – a sign to welcome visitors into the Picos.

As we meandered to greater heights, we found ourselves at the Covadonga Cave Shrine and Basilica. On one side of the valley is a small chapel cut out of the craggy caves. It’s quite an impressive site from below – the place of pilgrimage  houses the shrine of Our Lady of  Covadonga (patron virgin of Asturias) and hangs above a small waterfall. On the other end of the valley stands the Basilica of Covadonga, a beautiful red-rock building featuring spirals and stained glass windows.

READ NOW
Sailing Croatia in Review: the Highs and Lows 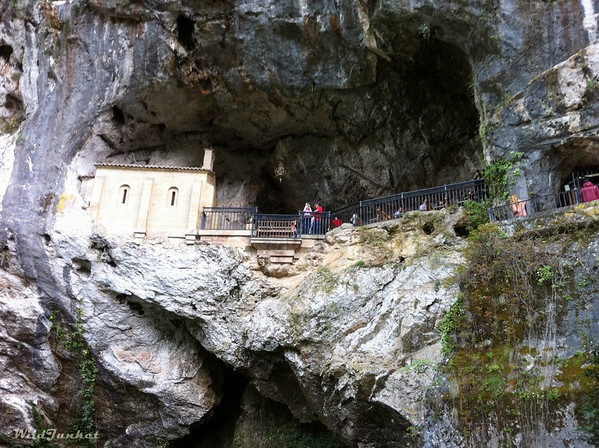 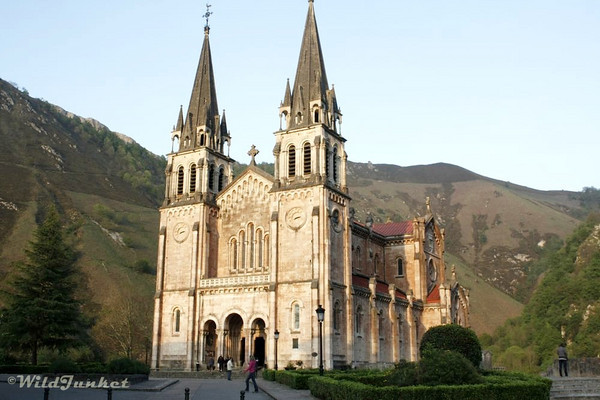 Following the Footsteps of Local Shepherds

The Picos support a dwindling group of shepherds who move up from the valleys in the summer with their animals. During our visit, we met Enrique, one of the last remaining shepherds in the Picos area. Speaking in the local Bable dialect, Enrique told us that when he started shepherding, there were over 60 shepherd families in the area, now there are only 4 left.

Enrique has been a shepherd all his life – having taken over the duty from his father. When asked if his son would carry on his trade, he said most probably not, due to practical reasons – although his son surprisingly likes shepherding. Shepherding has changed drastically over the years, especially with the cheese-making method changed for health reasons.

These days, Enrique continue to make his own blue cheese, the famous Queso de Cabrales (which the area is famous for), traditionally matured in caves. The process of producing the cheese is caves is difficult, but as Enrique said, it’s all worth it. 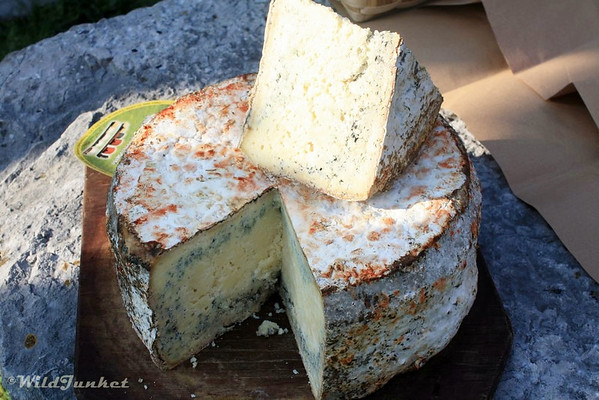 Disclaimer: This experience was made possible by Asturias Tourism Board and Turismo.as, but all opinions are my own.