Most Extreme Places on Earth

I have a special interest in unconventional destinations, so much so that I even organise adventure tours to these places. Here’s a look at the most extreme places on Earth that I’ve been.

Travel to me is about getting out of my comfort zone and exploring places that make me hold on to the edge of my seat. But these days, with travel getting more affordable and easily accessible, it’s getting harder and harder to find untouched destinations – places that remain relatively raw and untainted.

That’s why I travel to dangerous places. More often than not, the places that I enjoy the most are the ones that are considered some of the world’s most extreme places.

Don’t get me wrong, I’m not silly enough to put my life at risk for bragging rights. But even Tony Wheeler, the founder of Lonely Planet who recently wrote a book on his tour of the axis of evil, poised it eloquently, “In almost every bad land I am moved by the outgoing friendliness of ordinary men and women. I  have come to see that bad is a relative term, and that there are always two sides to every story.”

Forget about holiday brochures – get your atlas, find somewhere you’ve never heard about before, and go there. I promise you nothing will make you feel more alive.

Most Extreme Places on Earth

It comes as a surprise that it is actually possible to visit North Korea as a tourist. Notorious as one of the “axis of evil”, North Korea (better known as Democratic People’s Republic of Korea) is often sullied by negative perceptions and considered one of the world’s most extreme places due to the isolation.

Since the end of World War II, DPRK has closed its doors to the outside world. Only local channels are shown on TV, there is no internet anywhere and only 2,500 foreign tourists (not including the Chinese) visit the country each year.

North Koreans are taught to think that anything foreign is a threat – yet, I was surprised to find how curious locals were of us. On the subway, we interacted with people, showing them our photos and laughing along with them. We even had the chance to play with Korean children at a park, through charades and guessing games. Read about my time there.

Part of Saudi Arabia’s appeal for me lies in how difficult it has always been to enter the kingdom. The birthplace and spiritual home of Islam, Saudi Arabia has been closed off to visitors for decades in a bid to protect the kingdom’s religious rules.

Now that Saudi Arabia is opening up to tourism, there has never been a better time to travel there. My trip there was such an eye-opening experience — it gave me a rare glimpse into a world that few foreigners have seen, one that momentarily felt entirely untainted by outside influence.

As with the case for many countries I’ve been, Saudi Arabia turned out to be quite different from how it is often portrayed on the news media. I found Saudi Arabians to be extremely respectful, educated, and smart — nothing like how the world sees them (oppressed). Read about my experience in Saudi Arabia.

READ NOW
What It&#039;s Like to Travel Saudi Arabia 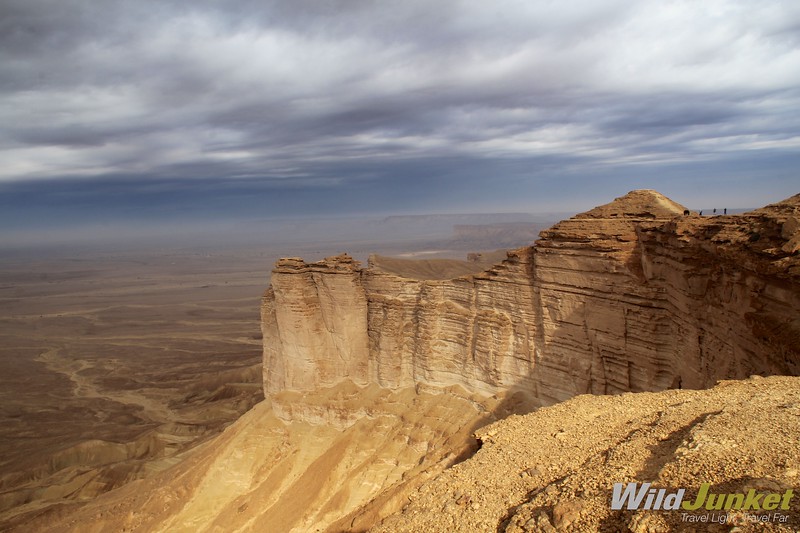 You have to understand that we see in the news doesn’t always reflect what is really happening on the ground.On my trip to Iraqi Kurdistan, I was surprised by how normal life was there and how safe I felt in Kurdistan.

Having been spared the war of 2003, Iraqi Kurdistan is a very different place from southern Iraq. Also known as “the other Iraq”, the semi-autonomous region is relatively safe, because of its strong military Peshmarga forces who have successfully defended the country from ISIS.

I was blown away by how different Iraqi Kurdistan was to how many of us imagined. It wasn’t what one would describe as “war torn” at all — instead, the cities were bustling and vibrant, and the natural sights were spectacular.

In all honesty, this trip to Iraqi Kurdistan was truly transformational. I didn’t know what to expect in Iraqi Kurdistan. I knew that it would be a learning experience, but I had no idea it would stir up so much emotions in me and change some of my perspectives in life. 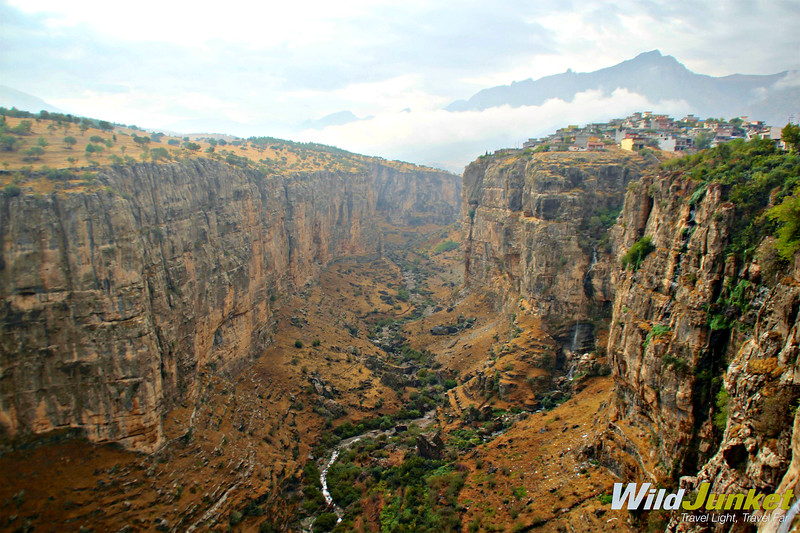 Technically, it’s not even considered a country. The Palestinian Territories has had  a long and tumultuous history, largely due to its location on the crossroads for religion, culture, commerce, and politics. The treacherous Israel-Palestinian conflict has been ongoing since the mid-20th century, and until today, the two parties have failed to reach a final peace agreement. Hundreds of thousands people have been killed and many more displaced and injured.

In recent years, there continue to be bombings in Gaza and the West Bank, so be sure to keep yourself updated before visiting. During our visit in February 2013, it was safe to visit Palestine’s West Bank and we had an insightful time traveling around Jericho, Bethlehem and Ramallah.

As the birthplace of both Judaism and Christianity, Palestine definitely has plenty of historical and cultural sights to see, but most importantly, visiting Palestine allows you to get a chance to talk to its locals and find out more about the conflict on a first-hand basis.

Iran has definitely earned quite a reputation for itself in the public eyes. For over a decade, the U.S. has charged Iran with sponsoring terrorism and producing nuclear weapons, calling them one of the “axis of evil”. In his 2002 State of the Union Address,George Bush stated Iran “aggressively pursues these weapons and exports terror, while an unelected few repress the Iranian people’s hope for freedom.”

After visiting, I’ve only got positive things to say about Iran. It surprised me in so many ways: from its outstanding architecture and ancient ruins to its good food and possibly the most hospitable people in the world. Most parts of Iran are safe to visit and they are chocked full of attractions to see and interesting stories to be dug up. Read about my experience traveling Iran as a solo female traveler. Before my trip to Antarctica, my friends and family were genuinely puzzled. In fact, they didn’t understand why anyone would want to go to such a cold, harsh and remote place. The fact that Antarctica is at the edge of the world was the biggest draw for me. With such a remote location and such harsh conditions, Antarctica is largely unexplored and undoubtedly one of the world’s most extreme places.

With towering glaciers (some as tall as mountains), mammoth icebergs and jagged sharp peaks, Antarctica’s beauty is undeniable. There are few places like Antarctica in terms of dramatic landscapes and jaw-dropping terrain.

One can really get a sense of being at the edge of the world here – there’s hardly any sign of humanity, and we only saw one other ship during our 11-day expedition. Antarctica makes you feel like you’re the first person ever to have arrived, even on a ship with 120 other passengers.

Albania is often linked to the Soviet War even until today. With more than 40 years of communist rule under the dictator Enver Hoxha, followed by a period of extreme capitalism in the mid ‘90s, the country is still struggling to get back on its feet.

During my visit in May 2010, Albania surprised me with the hospitality of welcoming locals (I lost my wallet and a local brought me to the police station and even lent me some money), local cuisine that easily tops anywhere else I’ve been, and clusters of beautiful towns tucked high in the mountains.

Plus with prices well below the European standard, Albania is definitely a rare find.

Due to decades of political conflict, travel to Myanmar presents an ethical decision – are we encouraging the regime by visiting? While Myanmar remains a troubled country, things are definitely looking up. Following the election in 2010, a civilian government took over, Aung San Suu Kyi was released from house arrest, and the tourism boycott has since been lifted.

Traditional and surreal, this country offers time travel back to the days when roads were non-existent and creaking buses throttled along with hundreds of passengers onboard. It is a country that stirs my soul with its thousands of sacred stupas, poetic Buddhist towns, and mystical lakes. It remains one of my favorite countries to date.

Perhaps it’s because of years of isolation, perhaps it’s the deep-rooted Burmese culture, Myanmar remains pure and untainted – for now.

Like the others on the list, Zimbabwe has been making headlines for the wrong reasons. Since Robert Mugabe took ruling power in 1980, the country has spiralled into a series of racial conflicts, human rights abuse and violence. Although the country’s economy is slowly recuperating, millions of people are still living on food aid and struggling with disease outbreaks.

Behind this dark history lies a gorgeous country waiting to be explored. From the wilderness of Mana Pools to the chaos of Harare, Zimbabwe shows Africa at its best. Besides spotting the Big Five in the wild and witnessing the power of Victoria Falls, I got a chance to know its people – who all warmly welcomed me into a country clearly misunderstood by the world.

Stories of violence, kidnapping, and drug trafficking incidents are all too common in Central America. Based on a CNN report, 6,500 people met violent deaths in 2009 and nearly 6,000 were slain in 2010 in Guatemala. 41% of these deaths were associated with drug trafficking. Worst of all, more than 96% of all crimes go unpunished. When I was in Guatemala several years back, I was stumped by all the tales of mugging and rape from fellow travelers.

Danger may be lurking in certain corners, but that doesn’t stop Guatemala from being a popular backpacking spot. It didn’t take me long to fall for the charms of this diverse, rustic nation. I traversed the country from the charming colonial city of Antigua to the impressive Tikal ruins in the north, and never got mugged once or felt like I was in any sort of danger.

Read More: Why I Travel to ‘Dangerous Places’