A list of the best things to do in northern France for those interested in war history.

Northern France is often overlooked by travellers seeking the more quintessential French experience — but for history buffs, there’s no better region in Europe to learn about war history than here in Hauts-de-France (which translates to mean “Upper France”). Northern France has always been on the path of various invaders into the country, from northern mainland Europe as well as from Britain, and the events that have taken place in Flanders, Artois and Picardy have shaped both French and world history.

During our last trip to northern France, we took a crash course in war history through the numerous battlegrounds, museums and memorials in the region. On the short the ferry crossing from UK to France, we felt like we had been transported through time and back into the days when people were still fighting for freedom here. Here’s a look at some of the most interesting and insightful historical sites in northern France. I hope that on your next visit to France, you’ll consider making this region not just a stop, but your final destination. 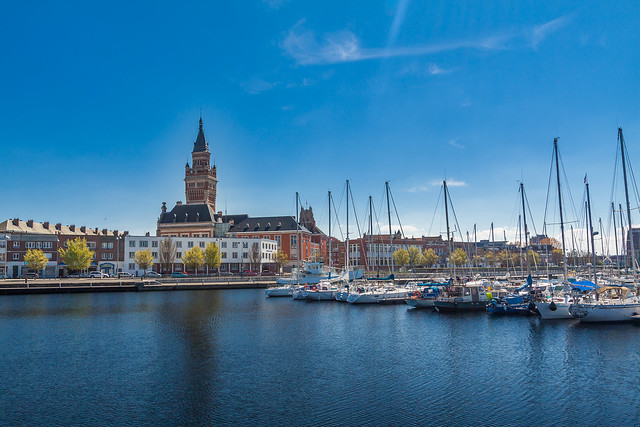 Visit the WWII Museum at Calais

The busiest passenger port in France, Calais, is less than 40km from Dover – the Channel’s shortest crossing. During World War II, the British destroyed Calais to prevent it being used as a base by the Germans. Today it’s a popular place for British day-trippers. Be sure to visit the Musee de la Seconde Guerre Mondiale (Second World War Museum), housed in a former Nazi Germany Navy bunker opposite the Town Hall. The building was erected in 1941 and survived the extensive bombings of the war thanks to clever camouflage under cover of the trees. Inside, twenty rooms display objects, photographs depicting the war and a series interesting interactive displays. An entire room is devoted to the First World War when Calais was in British hands and had been bombed flat. 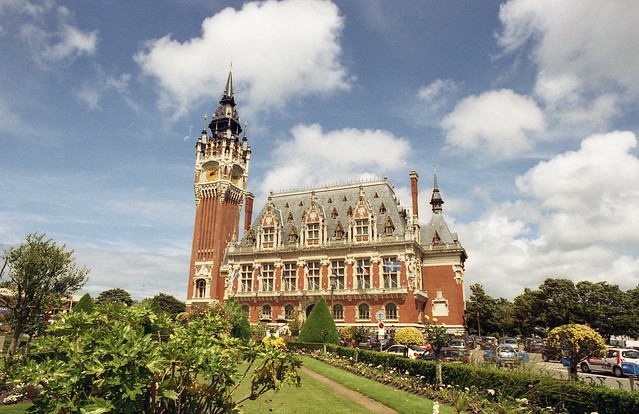 Wander through the Somme Battlefields

The bloodiest battles were those of World War I, above all the Battle of the Somme, which took place north of Amiens, and Vimy Ridge, with its monument to the 11,285 Canadian troops posted missing. The trenches have been preserved immaculately to this day. It was here that the main battle lines of World War I were drawn. You can get a real feel of trench warfare at Vimy Ridge, north of Arras, where the trenches have been left in situ. Don’t miss the Carrière Wellington, a network of underground war tunnels in Arras. A visit to any of these is highly recommended in order to understand the sacrifice and futility of war. 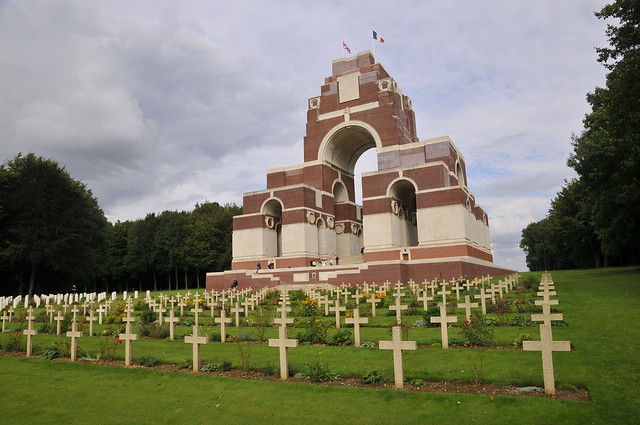 Plenty of smaller but more poignant sites are dotted around Alberto along the Circuit du Souvenir, a route that takes you from graveyard to mine crater, trench to memorial. You may not be able to get a sense of the scale of the destruction here — but you will find that, no matter what the level of your interest in the Great War, you have embarked on a sort of pilgrimage, as each step takes you deeper into this tragic chapter of history. The cemeteries are deeply moving, with tens of thousands of gravestones standing in neat rows, amidst perfectly mowed lawns. In the lanes between Albert and Bapaume you’ll see cemeteries everywhere: halfway across a field, or in the middle of the woods. 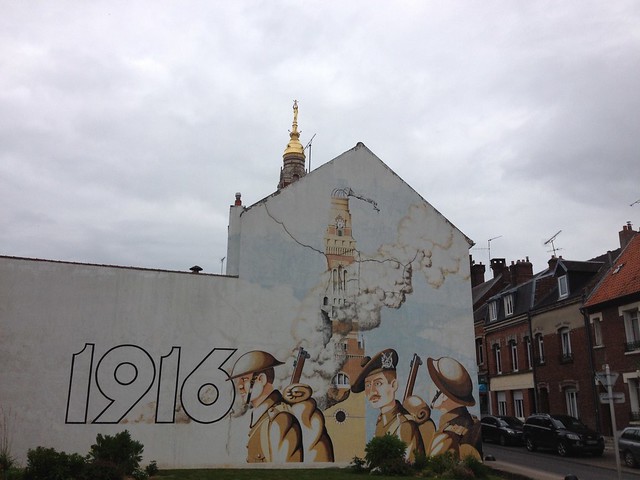 Also known as Ablain St.-Nazaire French Military Cemetery, the Notre Dame de Lorette is the world’s largest French military cemetery. The cemetery and ossuary hold the remains of more than 40,000 soldiers, as well as the ashes of many concentration camp victims. The basilica and memorial buildings were built between 1921 and 1927, designed by the architect Louis-Marie Cordonnier and his son Jacques Cordonnier. It’s a poignant place that reminds us of this tragedy in history and how we can all learn from it. 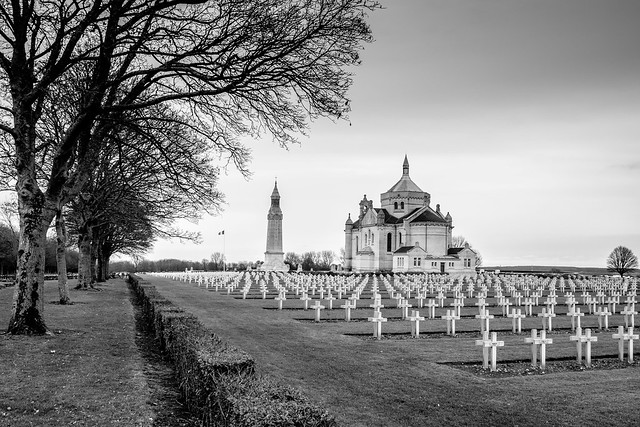 It was from the shores of Dunkerque that the evacuation of Allied troops took place in 1940. Devastated during World War II, central Dunkerque is largely the result of postwar reconstruction. Among the few buildings that survived World War II are the medieval brick belfry; the impressive, bullet-ridden fifteenth-century church of St-Éloi; and the early twentieth-century Hôtel de Ville. An interesting place to go is the Musee Dunkerque 1940, that houses a rich exhibition of maps, pictures and both allied and German military material. It’s located in the fortifications that were built in 1874 to reinforce France’s coastal defence. 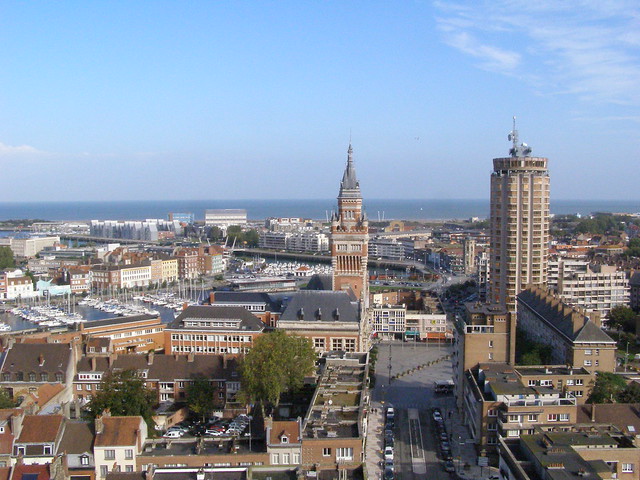 Those with an interest in war history could easily spend a week or two simply visiting the multitude of historic sites along the Great War Remembrance Trails (many of which have been mentioned above). There are four trails now, that you can traverse to see different parts of northern France and dig up some history along the way. For instant, the front trail brings you through the front line of the war, along the border of the Flander and Picardy provinces. Another trail brings you along the coast, through the Allies’ logistics base on the Channel coast. 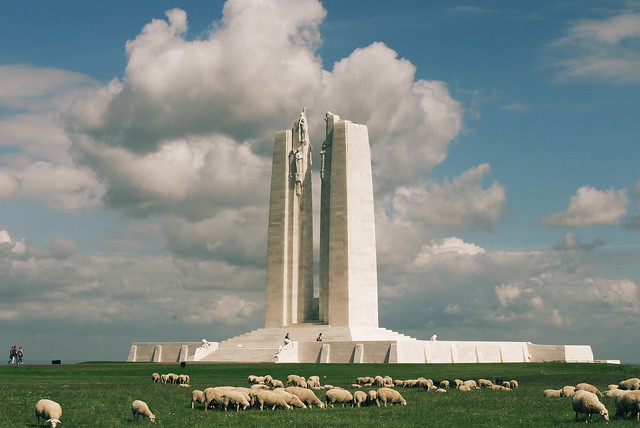