This is the rough itinerary for our 8-day Iraqi Kurdistan tour. Note that there might be changes to the itinerary, depending on the events that lead to the Nawroz and Yezidi New Year celebrations. Our local guide always tries his best to show you everything there is on offer in Kurdistan, but please be flexible with changes in the itinerary.

Erbil is the capital city of the Kurdistan region and the main gateway. The airport is fantastic and modern; flying into Erbil is usually easy and fast. (Read the FAQ section to find out how to get there.)

After arrival, feel free to head out and explore the beautiful capital city. Don’t worry if you’re landing late as we’ll have a tour of Erbil on our last day. Erbil (sometime spelled Arbil or Irbil) is a great city to wander around and get lost, but it also has a number of museums and mosques to visit.

We’ll meet in the evening, have dinner together as a group and get to know one another. Erbil also has a vibrant nightlife that’s comparable to that of Beirut, so it’s worth heading out for a night of fun! 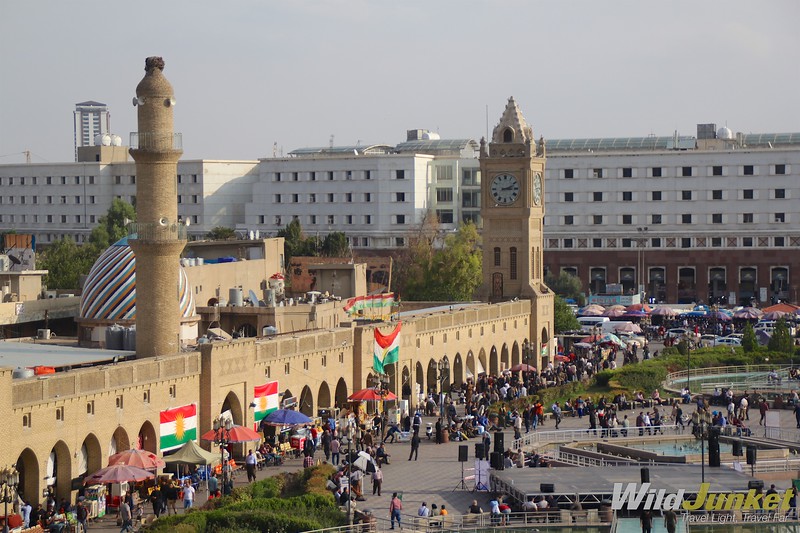 The trip will start proper today. We’ll head out of the city to explore the natural landscapes just north of the city. This includes the Khanzad Castle, a stunning archaeological site constructed during the Soran Emirate in the 16th century; Rawanduz Canyon also known as the Grand Canyon of Kurdistan; the spectacular Bekhal Falls; Korek Mountains and Shanider Caves where the remains of 10 neanderthals dating 35,000 to 65,000 years old were found. 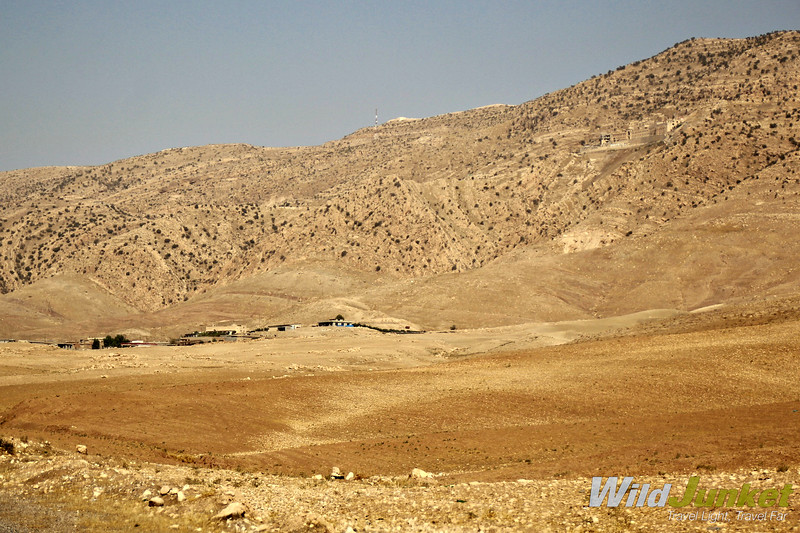 We’ll continue our journey to Lalish, a small mountain valley village characterised by conical roofs that resemble that of the architecture in Georgia. This is a sacred place for the Yezidi people, an ethnically Kurdish religious community that has been targeted by ISIS. We’ll continue towards Khanis; Legend has it that this aqueduct has watered the Hanging Gardens of Babylon which was believed to have been located in the Nineveh Plains in Mosul.

Then we’ll arrive at the town of Alqosh, which boasts the tomb of Prophet Nahum. Tucked in the cliffs of hidden mountains is the Rabban Hormizd Monastery of the Chaldaean Catholic Church founded in 640 AD. 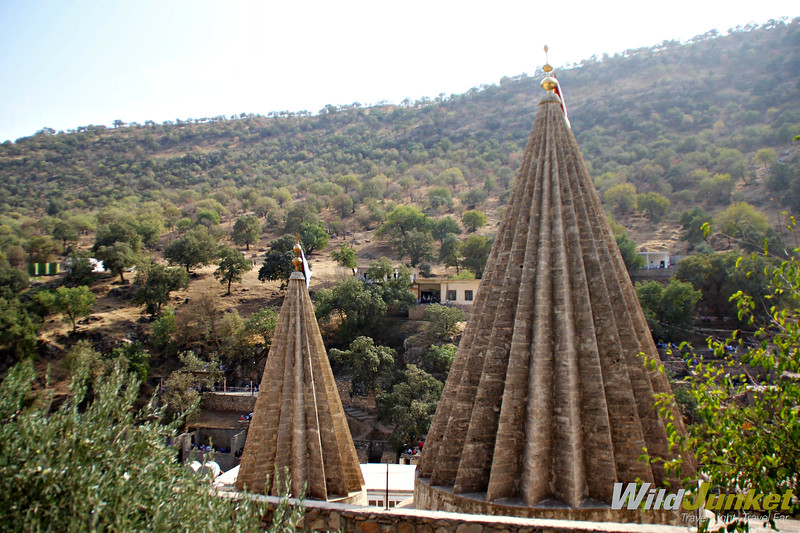 In the morning, you’ll drive up to Amadiya (or Amedi), a quaint mountaintop town that rises 1,000 meter over a valley. The town is surrounded by steep cliffs on all sides and it’s one of the most picturesque spots in Iraqi Kurdistan. Life on the plateau of Amadiya dates back, at least, 3000 BC, and the ancient Assyrians.

From there, our journey brings us close to the ruins of one of Saddam’s famous mansions. Here, you might get the chance to meet Peshmarga soldiers (it depends on the security level). This is often the highlight for travelers to Iraqi Kurdistan.

In the afternoon and night, the festival celebrations will begin in fervor! During Nowruz (Kurdish New Year), you’ll get a chance to witness the most important festival for the Kurds in the town of Akre, where thousands of people light up fire as a symbol of new beginnings. For the Kurdish people, Nowruz is an event which symbolizes the revolution and struggle of Kurds throughout history. Prepare for a long evening of fireworks, dancing and singing with thousands of Kurds.

If you’re visiting during the Yazidi New Year, you will be heading back to Lalish for this major event. During the celebrations, Iraqi Yazidis light 366 candles and paraffin torches to commemorate the arrival of light into the world. Worshippers dress in their traditional clothing and adorn their homes and robes with red flowers to mark the day that Tawuse Melek, the Peacock Angel, descended to bless the earth with fertility. 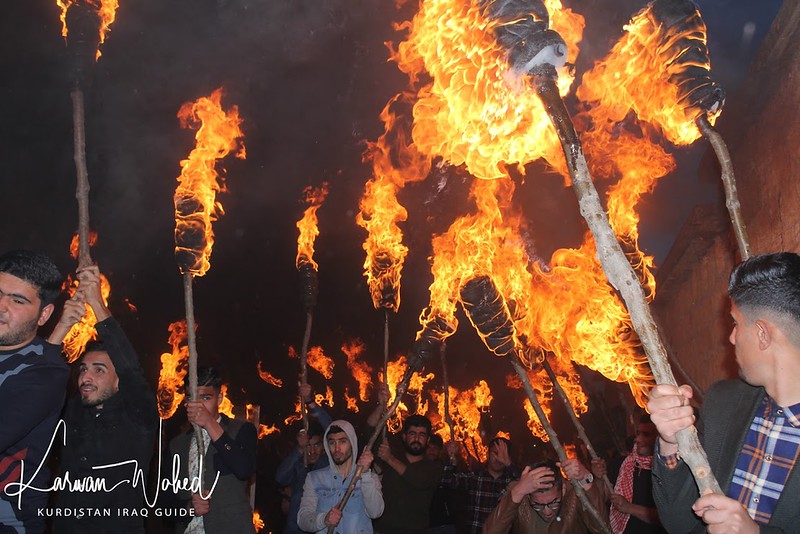 Today, you will head to Zakho, also known as the Jerusalem of Assyria. The city is located 8 km west of Ibrahim Khalil border crossing with Turkey. Residents of different religions and ethnicities have lived together in Zakho for centuries here, though Jewish used to be the majority here. Sites of interest include Pira Dalal, an old stone bridge that crosses the Khabur River. Zakho is also known for its mineral springs, which locals believe have medicinal properties.

Then you will continue to Gaugamela, the venue of the Battle of Gaugamela or Battle of Arabela. It was where the decisive battle of Alexander the Great’s invasion of the Persian Achaemenid Empire took place. 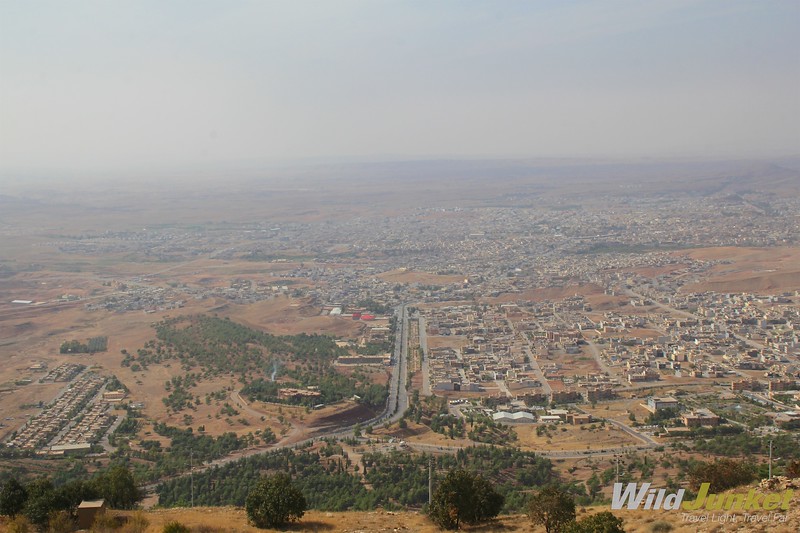 From Erbil, we will travel to the famous city of Sulaymaniya through Koya. Surrounded by the Bawaji and Haibat Sultan mountains, Koya is known as one of the most beautiful regions of Kurdistan. The city is famous for its mosques, which were often also centers for studies of sciences and arts.

Next, we’ll make a stop at Dokan Lake, a popular summer getaway for locals. As we approach Sulaymaniya, we’ll head up to Goyje Mountains for the best view of Sulaymaniya at sunset. Have tea in the bazaar, stroll in the park and see what locals do — enjoy Sulaymaniyah by night. 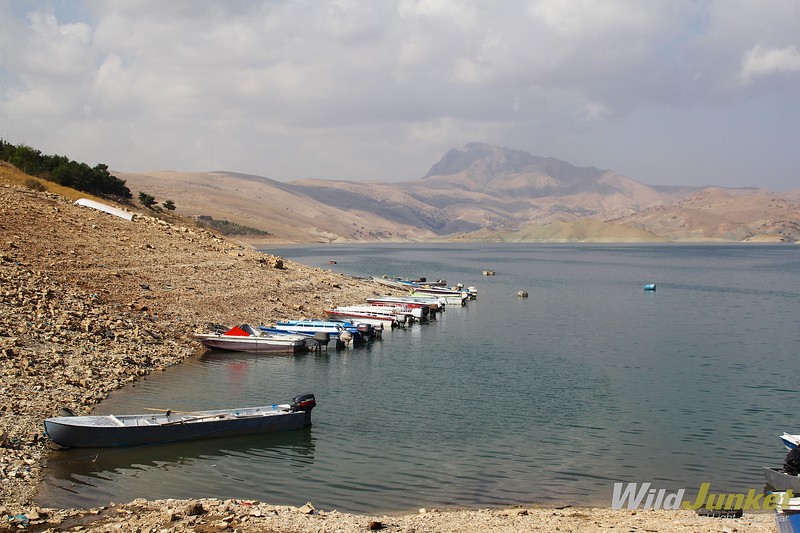 An hour away from Sulaymaniya is the town of Halabja, famous for the genocide of the Kurdish people during Saddam’s rule. The biggest tragic that took place here was the Halabja chemical attack, a massacre against the Kurdish people that took place on March 16, 1988, during the closing days of the Iran–Iraq War. Our visit to Iraqi Kurdistan wouldn’t be complete without this.

Next we will continue on to Ahmed Awa, a natural spring and waterfalls famous for its beauty. In the afternoon, we’ll have time to get to know Sulaymaniya, a city famous for its poets, writers and historians. The main sites we’ll visit are Amna Suraka, the Red Prison, the archaeological museum, several mosques, and its main bazaar.

Day 8: Get to Know Erbil Inside Out

The day begins with a drive back to the capital Erbil. Once we get back, we will visit the Erbil Citadel, the oldest continually inhabited settlement in the world and a UNESCO World Heritage Site. We’ll also spend some time wandering through the famous bazaar, which will give you a glimpse of Mesopotamia’s history with the smell of spices, color of carpets, tea and kebab.

Another important place to visit the Jalil Khayat Mosque, an impressive building that resembles in style the Muhammad Ali mosque in Cairo and the Blue mosque in Istanbul.

Then it’s time to bid farewell!