Best Things to Do in Jordan: From the Desert to the Sea

I’m still spinning in ecstasy from my recent trip to Jordan – jam-packed with adventures, phenomenal sights and out-of-this-world experiences. With just 10 days in Jordan, we went from frosty mountain peaks to sprawling deserts to the breezy sea

Few countries offer as much diversity as Jordan: its distinctive terrains all within a few hours’ drive away from one another.  It was not my first visit to Jordan, yet it felt like I was getting to know the country from brand new perspectives.

Best Things to Do in Jordan

Wadi Rum, the massive rose-red valley that sprawls across Southern Jordan, is most famous for its Bedouins and awe-striking jebels (rock towers). During my Wadi Rum desert tour, we navigated through red karsts, narrow canyons and slided down dunes. At sunset, I climbed up to one of the jebels and watched the beautiful play of colors. That night, I drank tea with the local Bedouins and slept under the stars at the Captain’s Desert Camp. It’s definitely a highlight of any Jordan itinerary and a must-see when you’re here.

Seeing Wadi Rum from above was one of the most amazing experiences in my life – I went on both the microlight (pseudo-paragliding) and the hot-air balloon at daybreak and saw Wadi Rum work its magic.

Jordan is home to a number of nature reserves that are protected by the non-profit organization RSCN (Royal Society for the Conservation of Nature). Most of these nature reserves are well off the tourist trail and offer some of the best hiking opportunities in Jordan. I had the chance to explore the Dana Nature Reserve (highlands), Mujib Nature Reserve (hiking through canyons and water streams) and Wadi Ghweir. Wadi Ghweir might not a nature reserve, but it’s one of the best-kept secrets, with dramatic variations in landscapes and flora and fauna.

READ NOW
Oman Travel Guide: Everything You Need to Know 2022

Granite cliffs are replaced by sandstone rocks in Wadi Ghweir

Jordan bears witness to millenniums of history, with the oldest ruins dating back to prehistoric times. Having been home to the Nabateans, Romans and Arabs, Jordan has plenty to stories to tell, through its numerous historical sites and museums. Two of the most important historical sites in Jordan are Jerash, an impressive Roman city, and Petra, the massive ancient city voted as one of the new 7 wonders of the world. Here’s a great post for those planning to travel Petra with kids. 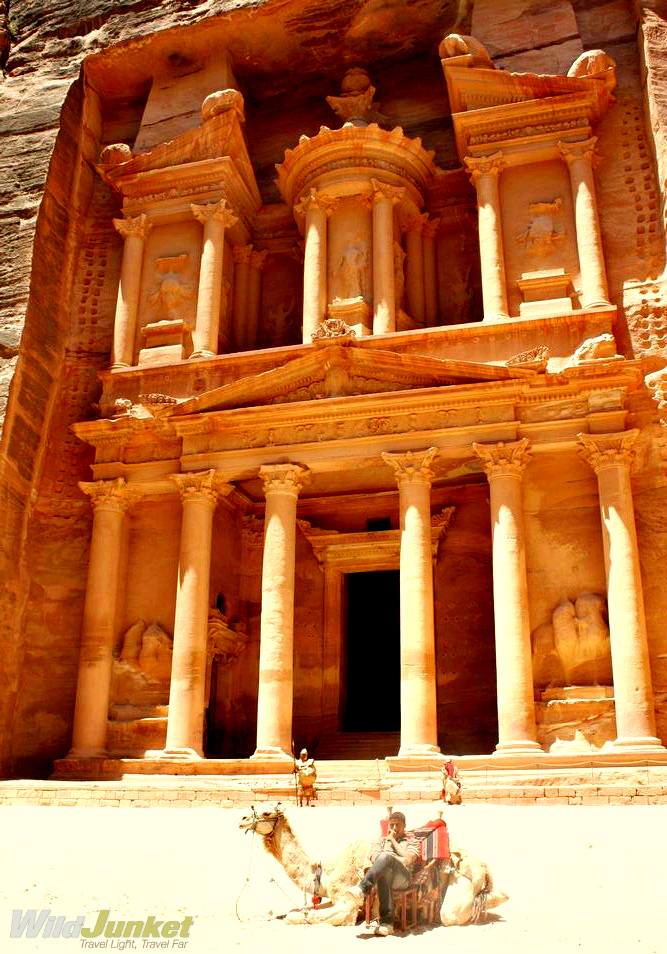 The impressive Treasury in Petra.

Columns of the Roman city, Jerash

The legendary Dead Sea is the lowest point in the world and the saltiest sea on the planet (30% of salt). I’d long dreamt of floating in the Dead Sea, especially since my father has got psoriasis and the Dead Sea is just about his only cure. Although my father still hasn’t made it here, I’m pretty sure we’ll be back soon.

That’s me, floating in the Dead Sea.

My dive off the coast of Aqaba was one of the best dives I’ve ever done – both in terms of visibility and marine life. The Red Sea is bursting with colorful aquatic life and dotted with larger-than-life coral gardens. I did just one dive, but probably saw more than what I’d seen during my open-water PADI course. Amidst the corals, we spotted lion fish, butterfly fish, puffer fish and swordfish.

This trip was made possible by Jordan Tourism Board, but all opinions are my own. Read more about my travels in Jordan here.